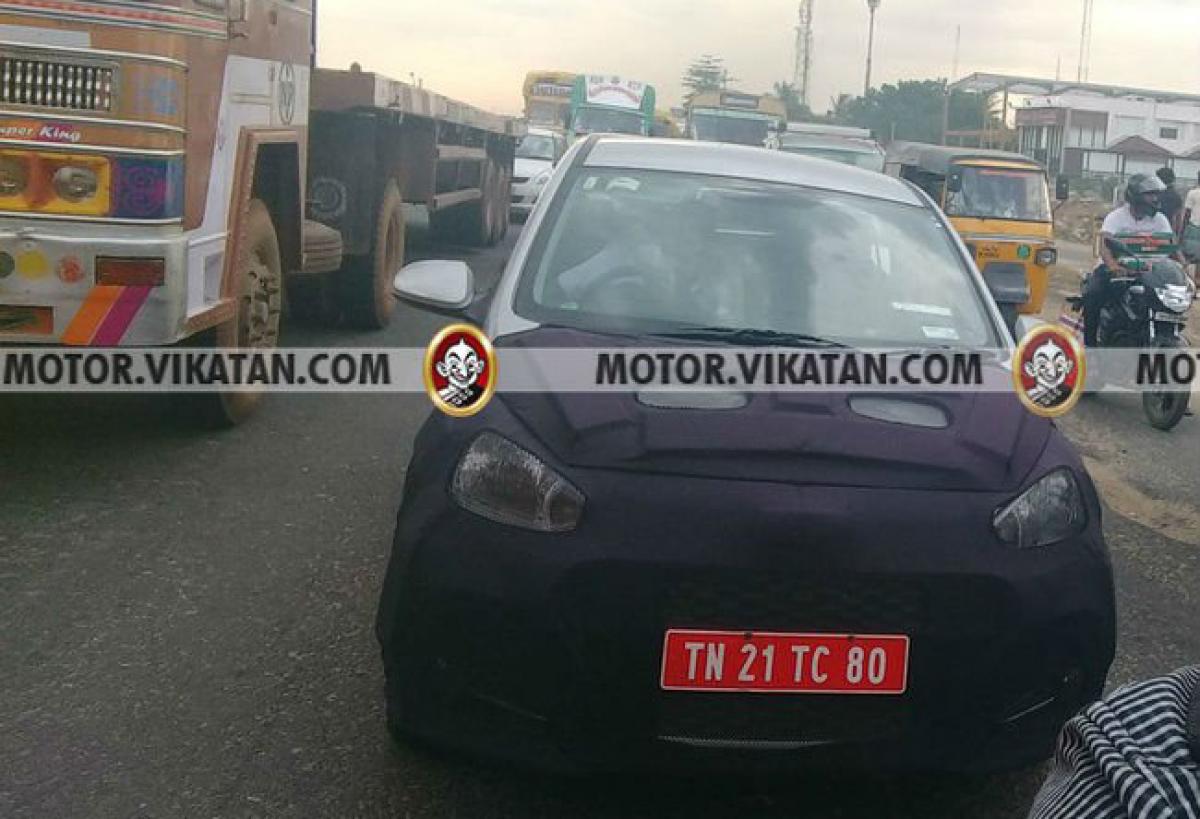 The test mule has its front and rear fascias hidden. We expect a revised grille, new bumpers, tweaked headlamps and taillights. The car is also seen with new dual-tone alloy wheels.

The spy photos didn’t reveal the interior but we expect minor upgrades. The top-end variant could get a touchscreen infotainment system.

Hyundai Grand i10 has been gaining over the aging Maruti Swift of late and the mid-life refresh would make it an even stronger product. Under the skin, the Grand i10 facelift is most likely to retain the existing 1.2-litre Kappa 2 four-cylinder petrol engine which pumps out 83 PS and 114 Nm of torque, and 1.1-litre three-cylinder diesel engine that is rated at 71 PS and 160 Nm of torque.

The Hyundai Grand i10 facelift is expected to be ready early next year. The Xcent compact sedan would also adopt similar upgrades eventually.