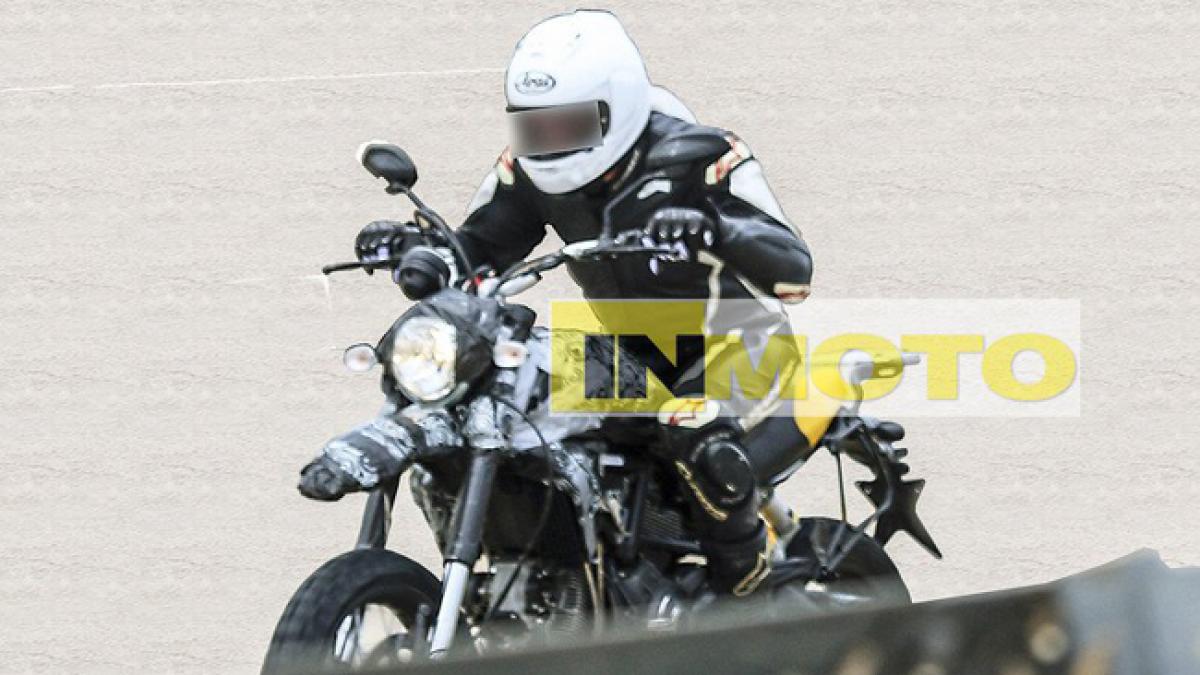 This test mule, with its high-mounted front fender and off road tyres, appear to be of Enduro variant. The headlamp, eccentric instrument dial, and rear view mirrors are obvious references to the Scrambler.

The final production version is expected to be essentially a bigger engined scrambler. In addition to the motor, we also expect the flagship Scrambler to offer additional features, especially the electronic goodies.

We can observe that the test mule is equipped with USD front fork and rear monoshock. Needless to say, the front wheel will be retarded by twin discs while the rear wheel will receive a single disc. ABS will be offered as a standard fitment.

The Ducati Scrambler 1200 is expected to adopt the Monster 1200’s L-Twin Testastretta engine. The motor will be tuned to suit the Scrambler’s character. Transmission will be a 6-speed unit.

The Ducati Scrambler 800 cc variant is available in India. While the cheaper 400 cc Sixty2 variant may not make it to our shores, the new Scrambler 1200 could be launched here when it’s ready. We expect the latest Ducati to world premiere at EICMA 2016 in November.