Hyundai has relaunched the Santro in the country today Its prices start at Rs 389 lakh and go till Rs 546 lakhexshowroom panIndia The original Santro, which made its world debut here on 23 September 1998, kick started operations for Hyundai Motor India

The tallboy has been resurrected for the Indian market with a new platform, thoroughly reworked engine and loads of additional features to take on its rivals 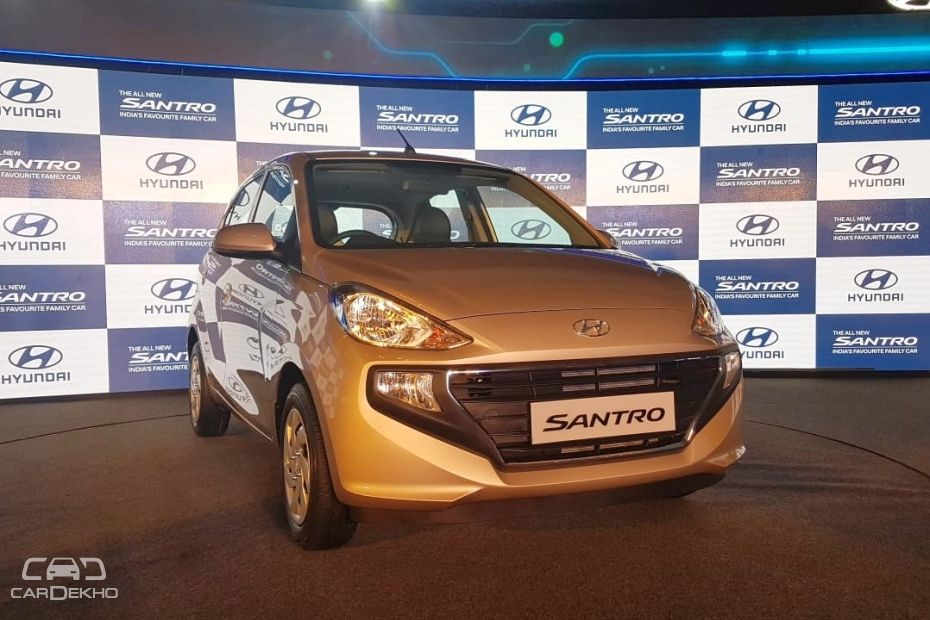 Hyundai has re-launched the Santro in the country today. Its prices start at Rs 3.89 lakh and go till Rs 5.46 lakh (ex-showroom pan-India). The original Santro, which made its world debut here on 23 September 1998, kick started operations for Hyundai Motor India. After more than two decades, the Santro is now back with a new platform (K1), design, safety features and powertrain options. The new Hyundai hatchback is available in five variant levels: 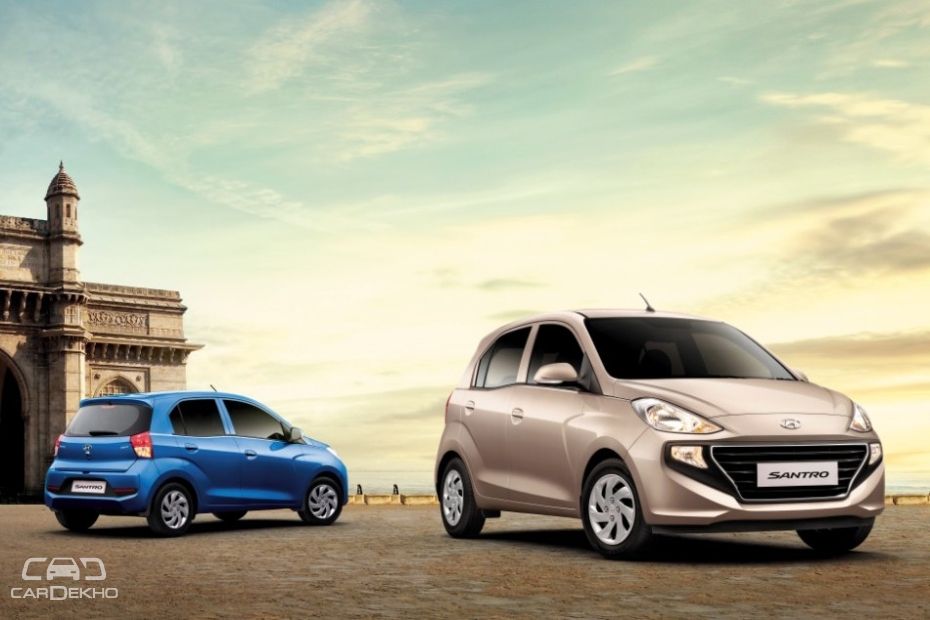 The new Santro packs a sharper design that is in line with the design direction adopted by all modern-day Hyundais. Up front is the carmaker's new cascading grille, which is flanked by oversized fog lamps. Above this setup are the upward-sweeping angular headlamps. It rides on 14-inch steel wheels with wheel caps. There are ORVMs with LED turn indicators and a Honda BR-V-like kink which increases the glass area on the rear door windows. The rear profile is quite Grand i10-like with stubby tail lamps and an Elantra facelift-like dual-tone bumper. 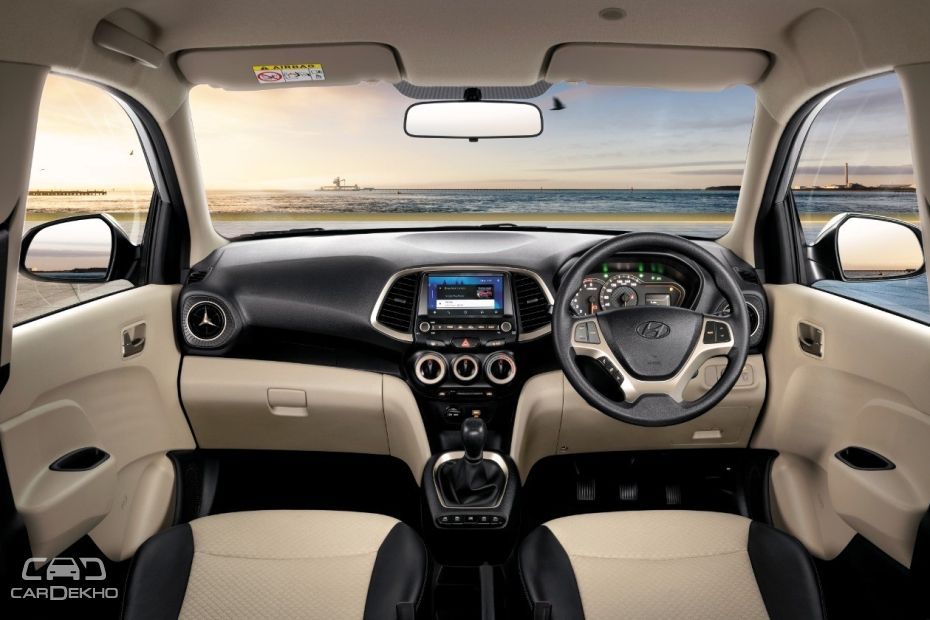 The interior of the Santro 2018 is designed in typical Hyundai fashion, with a large screen flanked by AC vents. It is a 7-inch touchscreen infotainment system which support both Apple CarPlay and Android Auto, along with a rearview camera. There are segment-first rear AC vents with a manual air conditioning system. Other features on offer include electric power steering, rear washer and wiper, electrically adjustable ORVMs and reverse parking sensors. For safety, the Santro gets driver’s airbag along with ABS and EBD as standard across the variant lineup, while the top-spec Asta variant adds a passenger airbag as well. 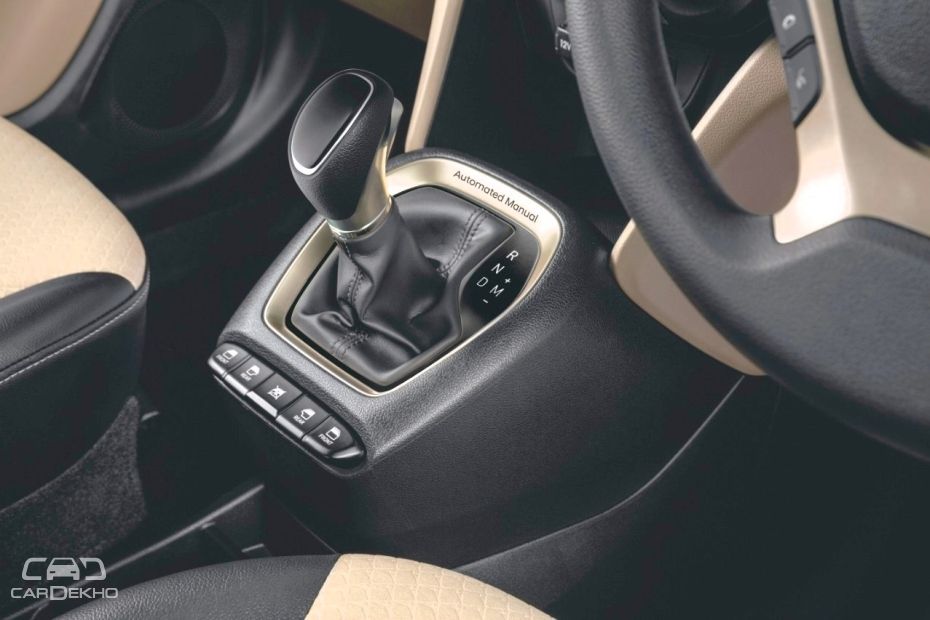 The Santro is powered by a re-worked 1.1-litre E-Epsilon engine from the previous car. Like the original hatchback, this engine too made its global debut in India with the Santro Zip Plus in 2002. The revised 4-cylinder petrol engine makes 69PS of power and 99Nm of torque and is mated to a 5-speed manual or the in-house AMT. 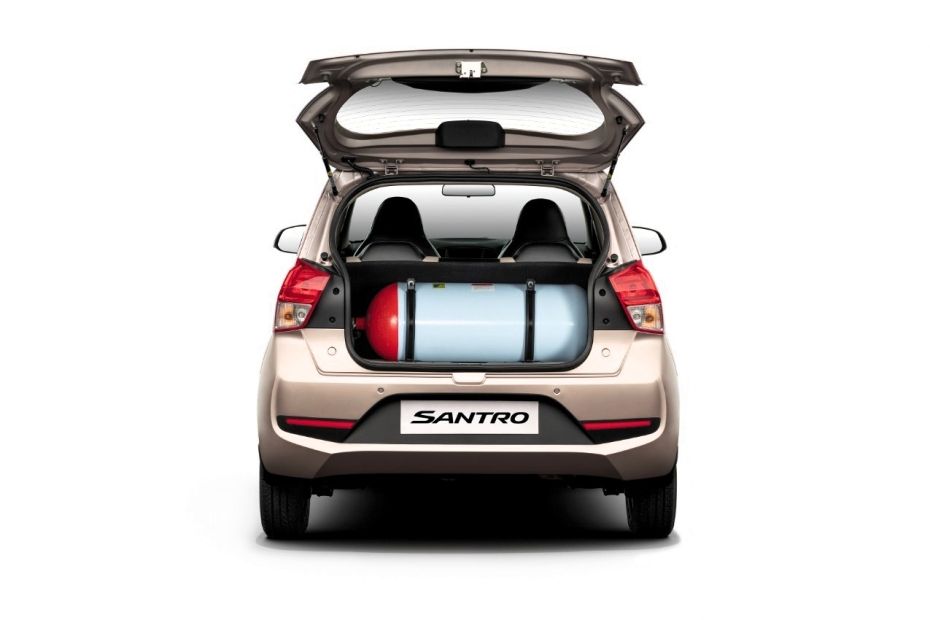 The new Santro is also available with factory-fitted CNG kit in the Magna and Sportz variants. With CNG, the 1.1-litre petrol engine makes 59PS/84Nm with a 5-speed MT. Hyundai is not offering AMT option with CNG-powered Santro.

The claimed fuel economy figures for the Santro are as follows:

Also Read: New 2018 Hyundai Santro Might Not Mean The End For The Eon