Few dealerships have started accepting unofficial bookings for the Nissan Kicks for a token amount of Rs 50,000 Official bookings are expected to start online from December 10

Few dealerships have started accepting unofficial bookings for the Nissan Kicks for a token amount of Rs 50,000. Official bookings are expected to start online from December 10 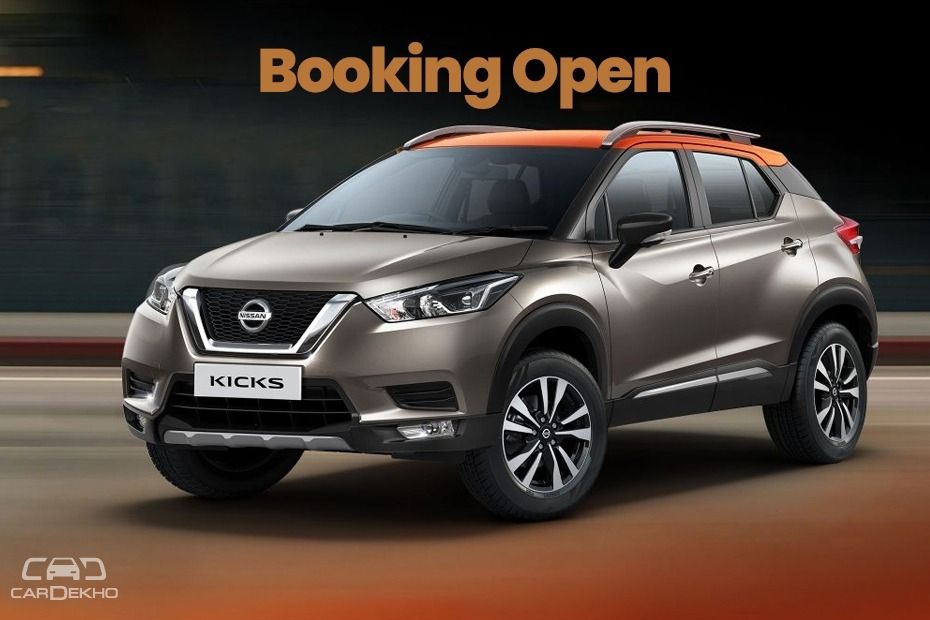 Although official bookings are yet to start, some Nissan dealers across the country have begun accepting bookings unofficially for the Kicks compact SUV for a fully refundable amount of Rs 50,000. The Japanese carmaker has already confirmed that the Kicks will go on sale in January 2019 while the dealers have informed us that the deliveries could begin by the end of the same month.

The India-spec Nissan Kicks will be slightly bigger than the one sold in countries like the US, Brazil, China and the Middle East. It is based on the proven B0 platform which also underpins the Renault Duster, Captur and the Nissan Terrano.

In terms of design, the India-spec Kicks looks similar to the international-spec model. It gets Nissan’s V-motion grille upfront, which are flanked by LED projector headlamps with LED daytime running lamps. Top variant feature 17-inch machine-cut alloy wheels, a floating roof and an optional dual-tone paint job. The rear end gets conventional tail lamps inserts and a sharply raked windshield. 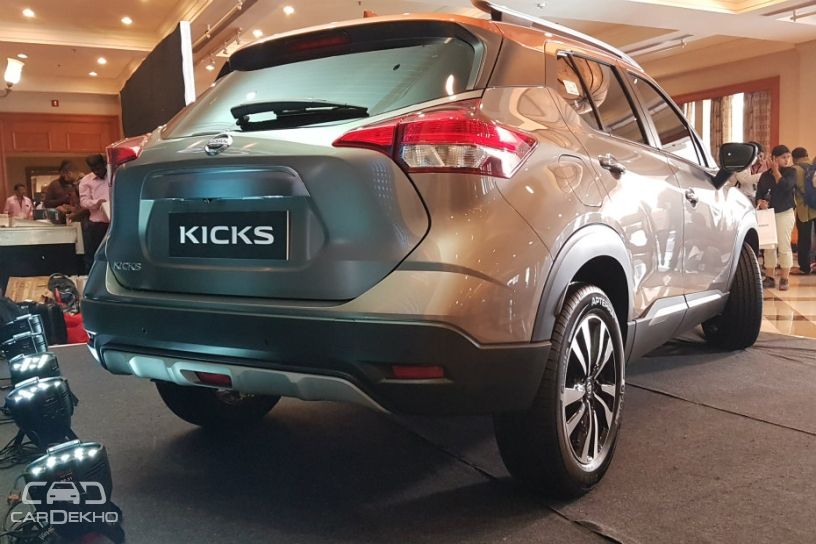 Although Nissan hasn’t revealed the interiors of the India-spec Kicks yet, we know that top variants will pack an 8-inch touchscreen infotainment unit with Apple CarPlay and Android Auto. The instrument cluster could also feature a 7-inch display. However, the biggest draw so far has been the first-in-segment 360-degree camera with four cameras placed on various parts of the car. This feature should make parking in tight spaces less cumbersome. The Kicks’ safety kit is likely to be on par with its competition. So expect dual airbags, ABS with EBD, rear parking sensors and ISOFIX child seat anchors to be offered as standard. Top variants could even get six airbags, electronic stability control (ESC), hill start assist and Nissan Connect Telematics solution that we’ve seen on other cars from the manufacturer.

The Nissan Kicks is likely to be priced between Rs 10 lakh and Rs 14 lakh (ex-showroom Delhi) and will rival the Hyundai Creta, the upcoming Kia SP concept-based SUV and the Renault Captur.