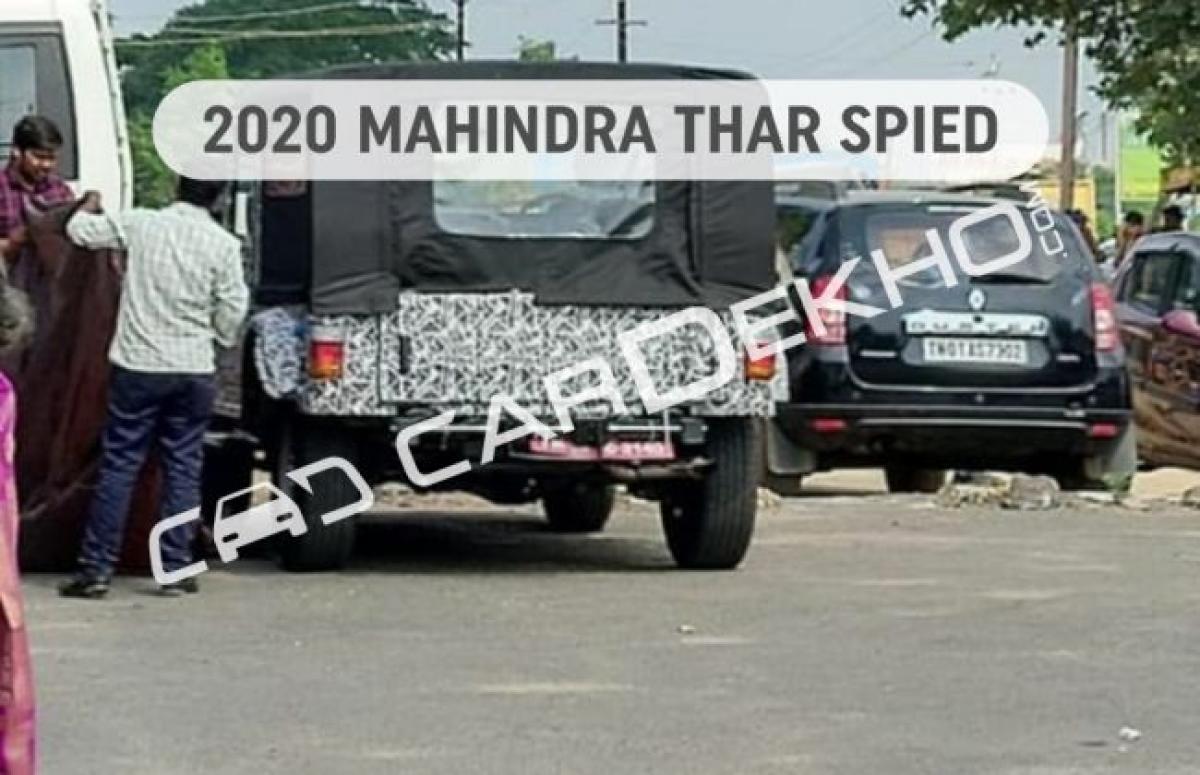 The new Thar is expected to be safer and modern; will pack airbags and ABS New-gen Thar could make its debut at Auto Expo 2020 Likely to be based...

The new Thar is expected to be safer and modern; will pack airbags and ABS 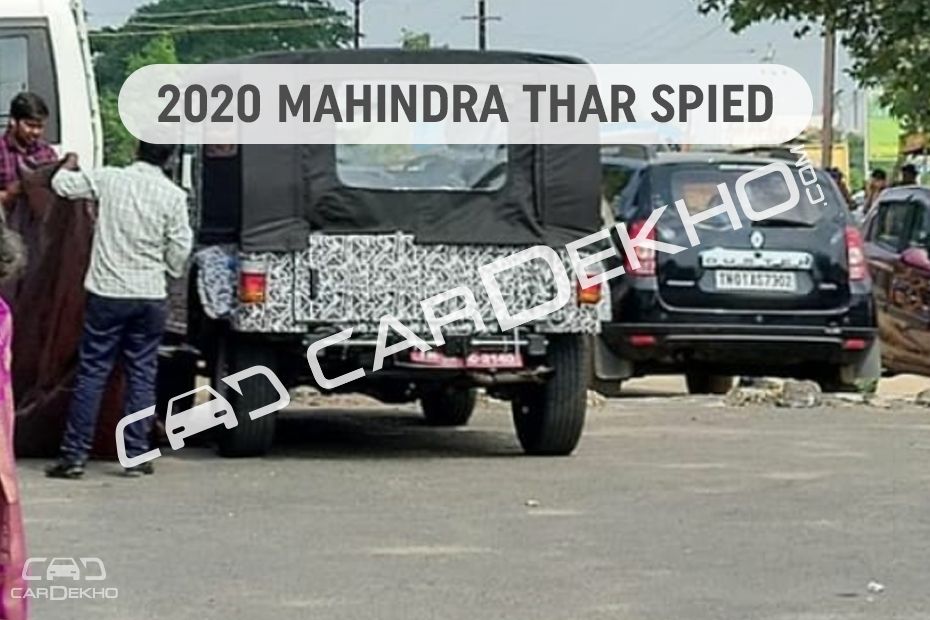 A camouflaged test mule of the next-gen Mahindra Thar has been spotted testing for the first time. Launched in 2010, the Thar is due for a generation change. In its current form, it certainly won’t be able to meet new crash test norms that are set to be implemented in 2020. Hence, Mahindra seems to be working on a new generation, which has now been spotted for the first time ever.

To meet upcoming crash test norms, the second-gen Thar is expected to be based on a new and bigger ladder-frame chassis. The spy shots of the test mule suggest that the new Thar is significantly wider than the outgoing version. It even dwarves over the Duster and Innova parked next to it. Apart from the size, the spy shots show that the new Thar is in its early stages of development as the camouflaged prototype features dummy lights, a canopy and smaller wheels. The new Thar, in all likelihood, will be underpinned by Mahindra’s new modular ladder frame chassis that debuted with the Marazzo. 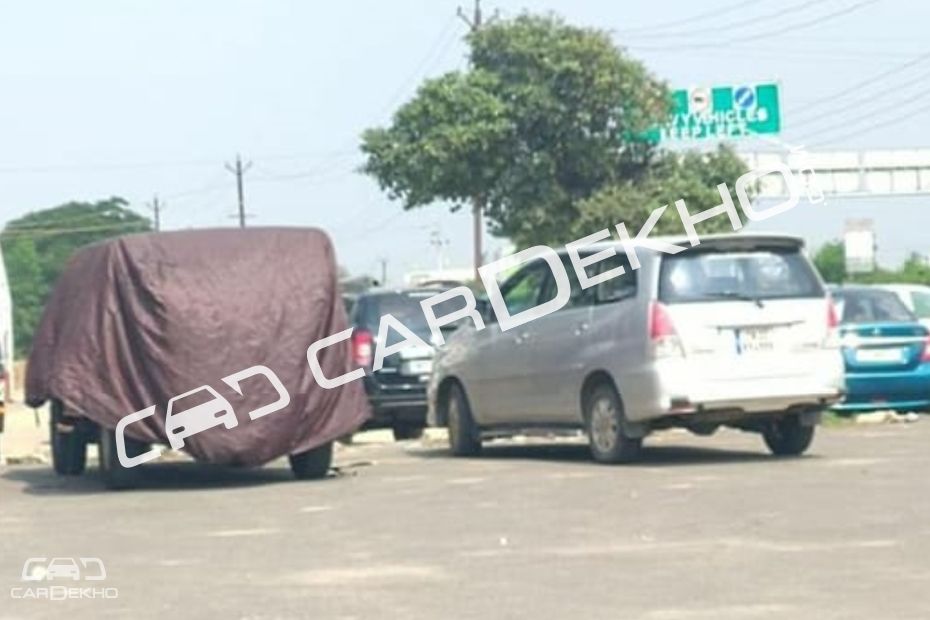 Powering the new-gen Thar could be a new-age diesel engine that complies with BSVI emission norms. The current 2.5-litre diesel is unlikely to meet new emission regulations that are set to be implemented from 1 April, 2020. Like before, the new Thar should be offered with a manually shifting 4WD system with locking rear differentials. A shift-on-fly system could make it expensive as the outgoing model already retails at Rs 9.29 lakh (ex-showroom) and Mahindra would want to price the new model as competitively as possible.

Expect the new Thar to carry forward the iconic Jeep CJ5-inspired styling as it is quite apparent from these images. Expect modern touches and a refined design, including rounded edges, like what we’ve seen on the upcoming 2019 JL Series Jeep Wrangler. Its interior is also expected to be inspired by the new Wrangler, which has a minimalistic layout like the older CJ models.

The Thar will continue to rival the Force Gurkha as Maruti is unlikely to bring the new Jimny anytime soon.