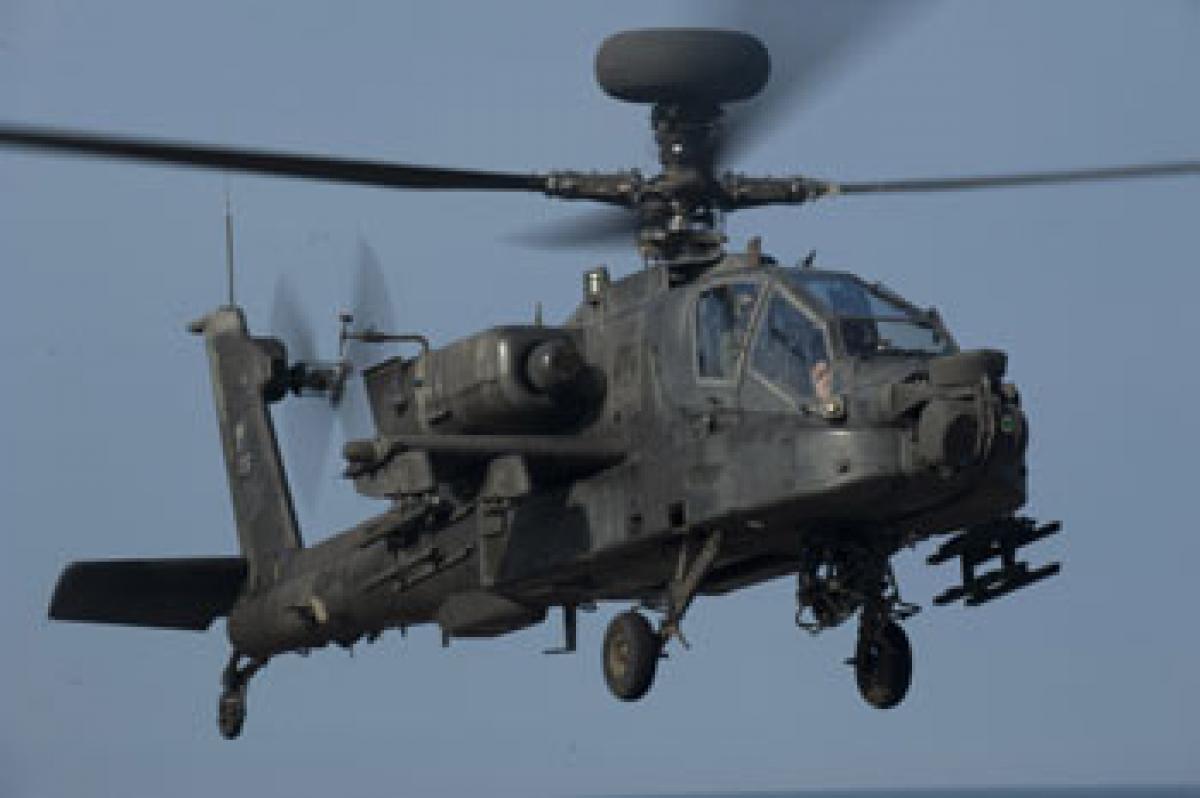 In a major development that could take Telangana closer to becoming an aerospace hub, US aviation giant Boeing made a formal announcement that its joint venture with Tata Advanced Systems Limited (TASL) would manufacture fuselage, or main body, for AH-64 Apache helicopter in the city.

Manufacturing unit is set to come up near Aerospace Park in Adibatla, where Tata Advanced Systems has already established four joint ventures with various aviation companies

Hyderabad: In a major development that could take Telangana closer to becoming an aerospace hub, US aviation giant Boeing made a formal announcement that its joint venture with Tata Advanced Systems Limited (TASL) would manufacture fuselage, or main body, for AH-64 Apache helicopter in the city.

The announcement was made by the officials of the two companies in the presence of Telangana Information Technology Minister K T Rama Rao on the sidelines of suppliers' meet of Boeing here on Wednesday.

The State Government would allocate land and provide all other support required for the unit, which is coming up near aerospace Special Economic Zone (SEZ) at Adibatla on the outskirts of the city, where TASL already has four joint ventures with global companies.

The announcement came as a follow-up to the joint venture the two companies announced last month at Dubai Air Show.

Pratyush Kumar, President, Boeing India, said they were making a beginning with manufacture of aerostrucures for Apache and would take this partnership forward to develop advanced systems. Kumar however did not disclose how much investment the joint venture would entail.

The AH-64 Apache is the world's most advanced multi-role combat helicopter and is used by the US Army and defence forces of other countries. Boeing has delivered more than 2,100 Apaches to customers around the world since 1984. "The first step is fuselage manufacturing.

We are now starting with the process and it may take three to four months to get all approvals," he said when asked about the timeframe for the JV. Sukaran Singh, CEO and Managing Director of TASL, said this joint venture would be a big push for ‘Make in India’ programme.

Rama Rao said the addition of marquee name like Boeing would be a big value addition for Telangana and would boost the state government's efforts to make Hyderabad a hub of aerospace and defence.

"There is no bigger name than Boeing in aerospace and defence and this joint venture will be help attract more companies," he said. The IT Minister said Boeing setting up a shop would also bring several suppliers to the city and create employment opportunities.

"We already have 1,000 SMEs in this sector in and around Hyderabad. The challenge before us is to expand this SME base and upgrade the tier III suppliers to tier II and tier II," the minister added.

He assured all the support in creating the entire ecosystem for the sector and also promised that if required the State government on behalf of the companies investing in the State will take up their issues with the central government.