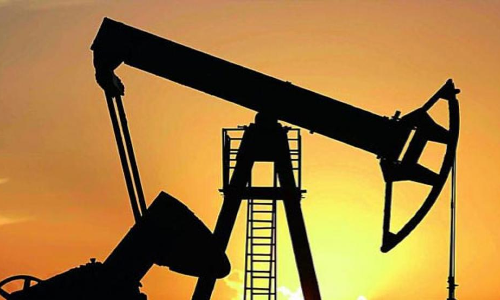 The escalating US-China trade row also cast a shadow over markets, as China warned it could introduce duties on US crude imports soon.

The escalating trade row between Washington and Beijing also cast a shadow over markets, with China warning it could introduce duties on US crude imports at an as yet unspecified date.

Trump on Wednesday accused OPEC of driving up fuel prices.

“The OPEC Monopoly must remember that gas prices are up & they are doing little to help,” Trump wrote on his personal Twitter account. “If anything, they are driving prices higher as the United States defends many of their members for very little USDs.

The OPEC Monopoly must remember that gas prices are up & they are doing little to help. If anything, they are driving prices higher as the United States defends many of their members for very little $’s. This must be a two way street. REDUCE PRICING NOW!

This must be a two way street,” he wrote, adding in block capitals, “REDUCE PRICING NOW!”

OPEC together with a group of non-OPEC producers led by Russia started to withhold output in 2017 to prop up prices.

Recent price rises have also been spurred by a US announcement that it plans to re-introduce sanctions against Iran from November, targeting oil exports.

“A key driver of the rise in prices has been the OPEC-Russia deal to cut oil output, compounded by collapsing Venezuelan production and the US decision to end the Iran deal,” National Australia Bank (NAB) said in its July outlook.

OPEC and Russia announced in June they were willing to raise output to address concerns of emerging supply shortages due to unplanned disruptions from Venezuela to Libya, and likely also to replace a potential fall in Iranian supplies due to US sanctions.

Despite these measures to replace disrupted supplies, Goldman Sachs said in a July 4 note to clients that “the market will remain in deficit” in the second half of the year.

The US bank warned that supply threats were “threatening a sharp further rise in prices and global economic growth”.

The comments came as Washington plans to impose tariffs on an estimated USD 34 billion worth of Chinese imports on Friday.

China’s customs agency said on its website that Chinese tariffs on US goods. would immediately be implemented in retaliation.

However, the Chinese government has not yet specified a date on which it may introduce duties on US crude imports. The latter have soared in the last two years to around 400,000 barrels per day in July, worth around USD 1 billion at current market prices.

If introduced, an import duty of 25 percent would make US crude uncompetitive in China, forcing its refiners to seek alternative supplies.

“Tariffs will close the US export arbitrage opportunity to China,” Goldman Sachs said, although it added that finding alternative supplies would be “fairly easy” for Chinese refiners.