Modi's 'Make in India' a casualty as steel, auto firms spar over sourcing 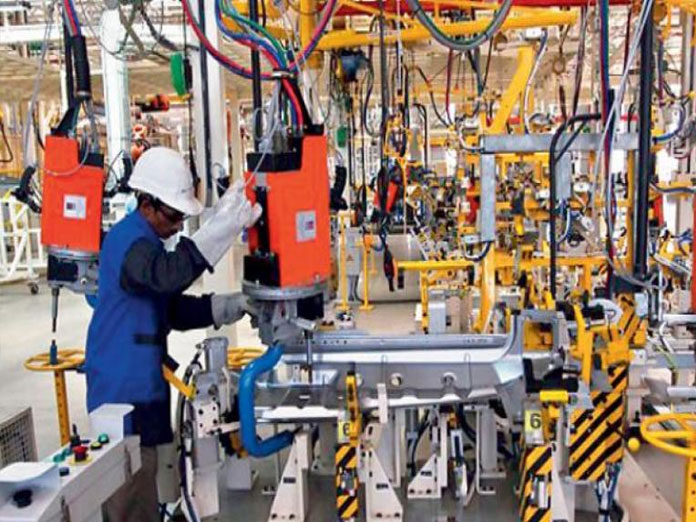 Indias steel ministry is putting pressure on automakers to use locally made steel by refusing to back down on tougher import rules despite warnings that the new regulations could disrupt the production of cars, government and industry sources said

India remained a net importer of steel during April-November after exports dropped over 30 per cent.

New Delhi: India’s steel ministry is putting pressure on automakers to use locally made steel by refusing to back down on tougher import rules despite warnings that the new regulations could disrupt the production of cars, government and industry sources said.

The steel ministry in August announced stringent import rules for some high-grade steel products that are sourced by carmakers from countries such as Japan and South Korea but not yet manufactured in India.

India’s auto industry, which includes companies such as Maruti Suzuki, Hyundai Motor Co, Honda Motor Co and Ford Motor Co, is staring at production stoppages if new tougher rules on steel imports are not relaxed, a federal minister warned in a letter.

“The shipments of the auto component industry have started getting impacted which possess significant risk of production stoppage of the whole automobile industry in the immediate future,” Anant Geete, heavy industries minister, said in the Jan. 4 letter to steel minister, Chaudhary Birender Singh.

“There is also a risk that if the import of steel (raw material) is restricted, then the industry may go for import of the components itself which may affect the government initiative of ‘Make in India’,” Geete said.

The new rules are expected to come into effect on Feb 17.

The letter and the internal discussions at the steel ministry have not been previously reported. Reuters has reviewed a copy of the letter.

Despite the warning from the auto industry, the steel ministry is unlikely to back down, three sources with direct knowledge of the matter told Reuters.

This week the ministry called the country’s biggest steel producers such as JSW Steel and Tata Steel, Steel Authority of India Ltd (SAIL) for a meeting with carmakers including Maruti, Hyundai, Honda and Ford.

In the meeting, which was held two days after Geete’s letter to Chaudhury, the officials continued to push carmakers to work with steel companies to manufacture high-grade automotive steel locally and even form joint ventures, if needed, five sources with direct knowledge of the matter told Reuters.

“We have told the auto companies that we need to step up local manufacturing and they need to sit with the local steel companies here to let them know the specifications because our companies are well-equipped,” a senior government official with direct knowledge of the discussions said.

A spokesman for the ministry said talks were ongoing with foreign companies to make value-added steel in India.

The steel ministry’s push is the latest from Modi’s administration which is desperate to check imports and show the success of its manufacturing programme, aimed at building a domestic industrial base and boosting jobs and growth.

India remained a net importer of steel during April-November after exports dropped over 30 per cent.

The auto industry will, however, face disruption if the import of some of these crucial steel products comes to a standstill, Vinnie Mehta, director general at the Automotive Component Manufacturers Association of India, told Reuters.

The steel ministry has already granted a two-month exemption to carmakers on new quality control rules for imports which were originally due to come into effect on Dec 18. Auto companies want an extension until the end of 2019.

Carmakers continue to rely on imports because they say local steel companies are unable to match the quality, consistency and price, three company sources said.

There are fears that other carmakers will do the same, which will hurt local manufacturing and jobs, he said.

“Some suppliers are reluctant to go through the trouble, while others who are doing it have found there to be delays in getting clearances,” Sen said.