I’m waiting for the right script to make a Telugu comeback: Vikram 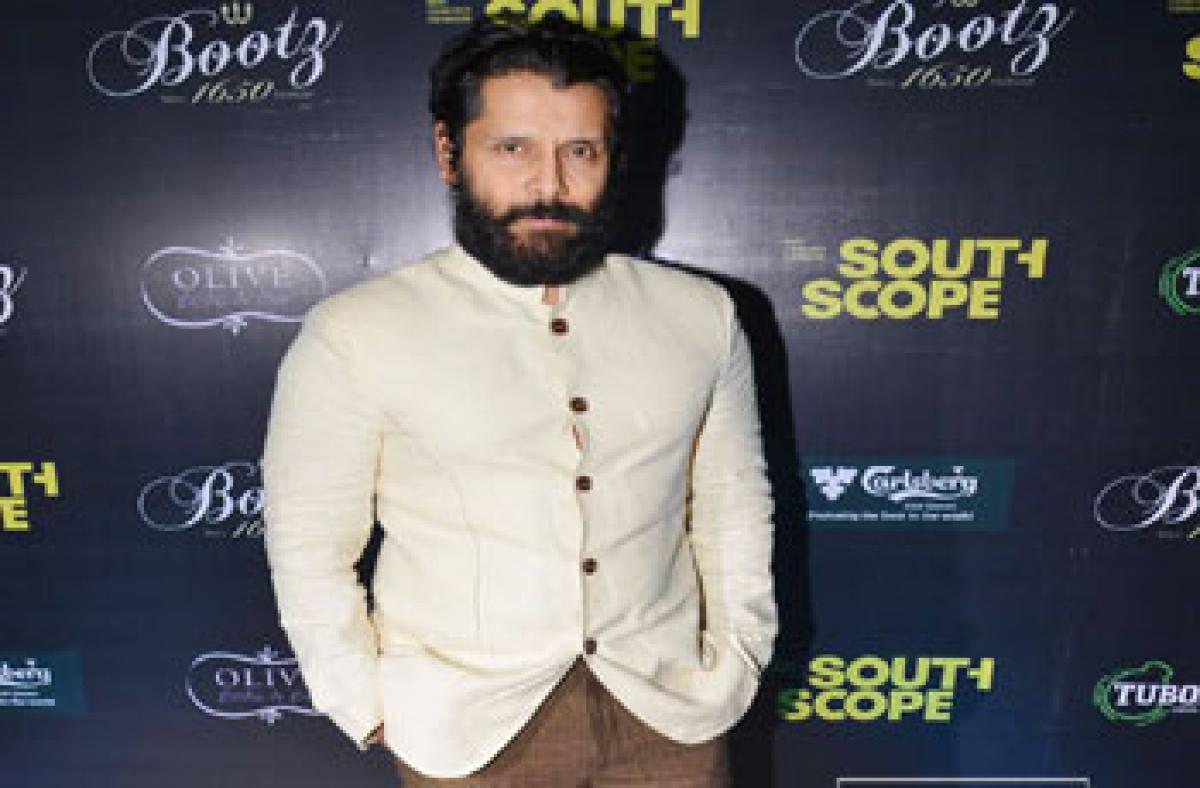 In Hyderabad recently for a promotional event, actor Vikram, who commands a decent fan base across the two Telugu-speaking states, said that visiting...

In Hyderabad recently for a promotional event, actor Vikram, who commands a decent fan base across the two Telugu-speaking states, said that visiting the Pearl City is always a warm feeling. “Yeah, it’s been quite some time since I’ve been to the city. It’s always nice to be here, people are warm and off-course, I have several friends from the industry,” he said in a conversation with Hans Talkies.

Known for his fetish for perfection, the actor was unrecognisable in a thick beard—probably prepping-up for his urban thriller with Anand Shankar next. “I Iove experimenting with the roles that I essay and that’s what I believe differentiates you. I’ve been working on my hairdo for the last couple of months. I’m also growing beard for the purpose. I can’t talk about it at this point but all I can tell you is currently I’m busy preparing for the part. It also needs me to sport a long hair. I always strive to be as different as possible, hope you all will endorse it,” smiled the actor.
Continuing in the same tone he added, “But whatever I do (with my appearance), I go about it in a healthy and sensible way with right advice and precautions in place. But for Shankar’s ‘I’, the amount of work I did shocked even my wife. So if I don’t find the character interesting enough and if it doesn’t offer me the challenge of reinventing myself, I don’t take it up.”
It’s been more than a decade since Vikram enacted in a Telugu film and the actor, going by his words, appears to be keen on a comeback. “I would love to do a Telugu film and I’ve been listening to scripts. I’m just waiting for the right one and hopefully I shall finalise one soon pretty soon,” he stated. When quizzed about his New Year plans, he replied, “Life itself is a celebration, so every day is pretty colourful for me and New Year Day is no different. I think that’s how life should be.”
Commenting on the recent Chennai floods, he said, “I wanted to do something but I was thinking what and how to do. I discussed about it with my well wishers and planned a unique campaign, which I would like to reveal after some time. I’m also planning a music video on flood relief.”
Show Full Article
Email ArticlePrint Article
More On
Download The Hans India Android App or iOS App for the Latest update on your phone.
Subscribe
Subscribed Failed...
Subscribed Successfully...