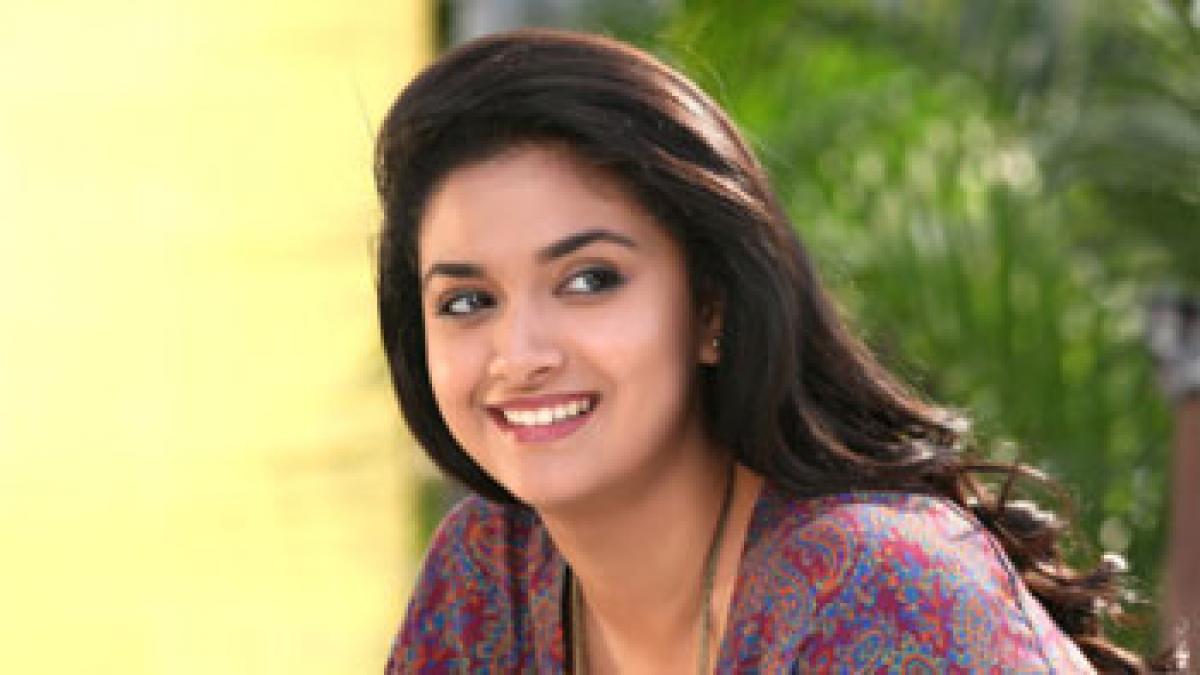 Keerthy Suresh’s tryst with camera seems more like a family affair because she’s the younger daughter of veteran actress Menaka and producer Suresh Kumar. The industry kid is set to test waters in Telugu as the lead actress opposite Ram in her forthcoming film ‘Nenu.. Sailaja…’.

Ask her how she is feeling debuting in Tollywood, Keerthi says, “I’m glad to debut in Telugu because at an early stage of my career I got a chance to work in multiple languages – (Malayalam, Tamil and Telugu). When director Kishore narrated me the script, I was fascinated with my role and the script, which had several emotions, relationship between a father and a daughter, romance, etc.” adding, “Kishore is a cool customer. What amazed me was his speed and clarity with which he executed the film.”

The Chennai-born plays Ram’s love interest in the romantic drama. “I play Sailaja, a girl who is an introvert, not expressive and keeps everything within herself. How things change when she comes across Ram is grippingly narrated,” explains the fashion graduate.

Did her parents give any suggestion? “Off-course, they asked me to be punctual to the sets and treat everyone with equal respect. But this was initially, and later when I got a hang of how things unfold, I took it on my own,” responds Keerthy, who is currently working with Siva Karthikeyan in a Tamil.