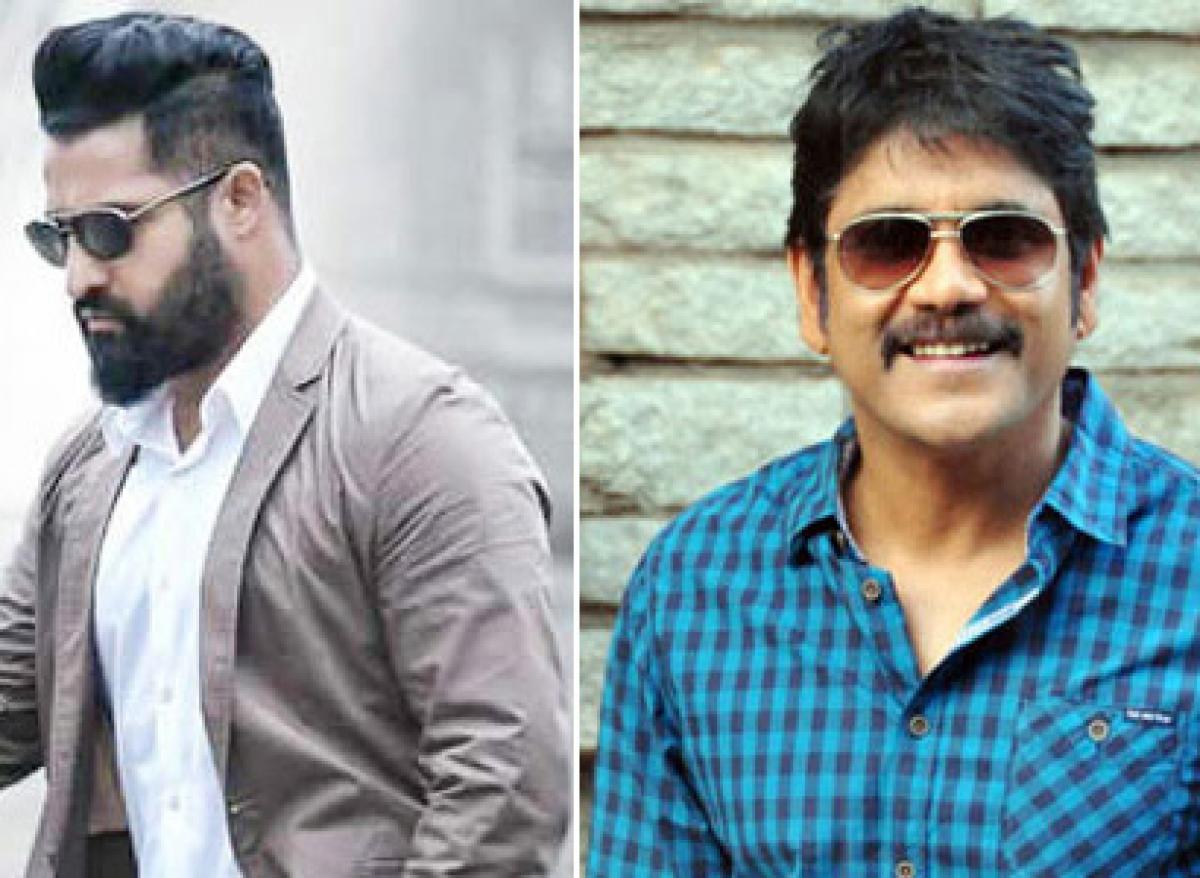 Nagarjuna and Jr NTRs upcoming movies - Soggade Chinni Nayana and Nannaku Prematho respectively are set to hit the theatres on the eve of Pongal within a gap of a day.

Nagarjuna and Jr NTR's upcoming movies - 'Soggade Chinni Nayana' and 'Nannaku Prematho' respectively are set to hit the theatres on the eve of Pongal within a gap of a day.

Earlier, DirectorVamshi Paidipalli had tried to rope in Nagarjuna and Jr NTR for the movie Oopiri with even the actors confirming the news that they are teaming up for the movie. However, Jr NTR reportedly quit the project owing to the date issues as he had already allottedd dates to Sukumar's Nannaku Prematho. The makers of Oopiri then replaced NTR with Tamil actor Karthi.

Addressing the media, Jr NTR stated that he is keen to do multi-starrers but missed out a chance to star in one and added that he would surely do it if another project comes his way.

While the fans missed out a chance to catch the two stars on the big screen, they can still catch them on the small screen as NTR will be seen promoting his movie on the show ‘Meelo Evaru Koteeswarudu’ this weekend hosted by Nagarjuna.