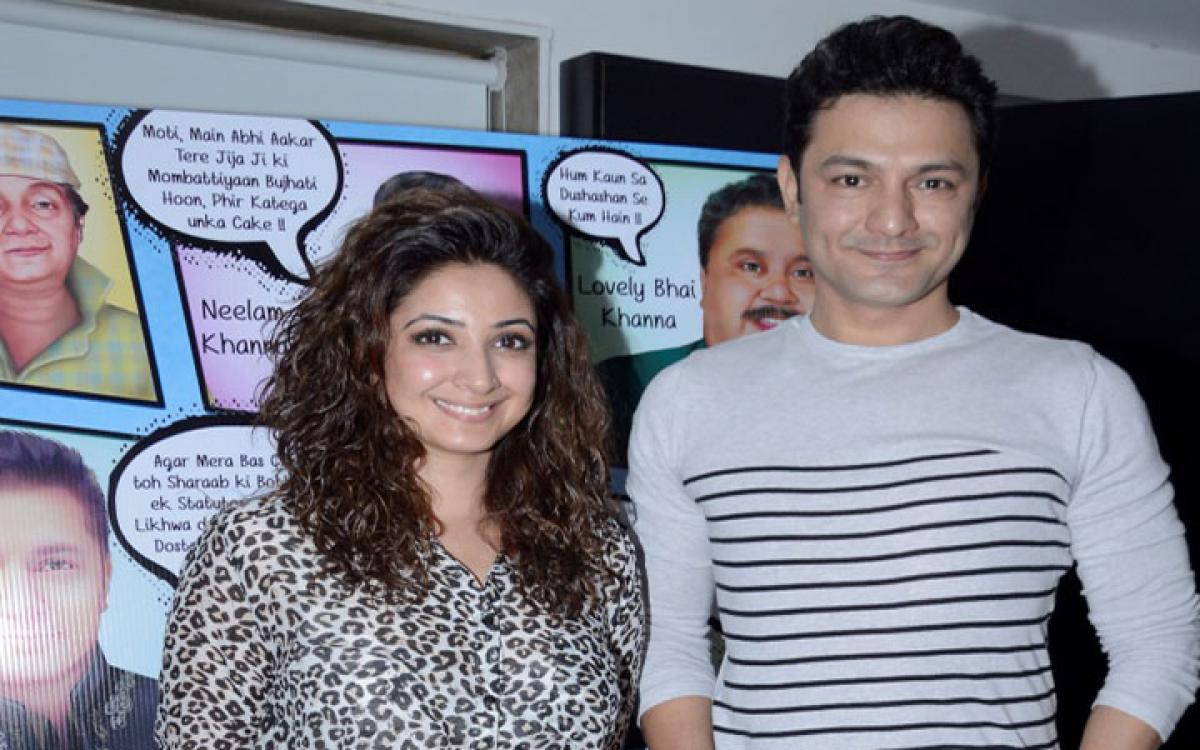 Actors Ujjwal Rana and Inshika Bedi, who are known faces for their appearances on television and advertising, are set to make their full-fledged acting debut in the comedy entertainer, ‘BHK Bhalla@Halla.Kom’.

Actors Ujjwal Rana and Inshika Bedi, who are known faces for their appearances on television and advertising, are set to make their full-fledged acting debut in the comedy entertainer, ‘BHK Bhalla@Halla.Kom’.

Ujjwal has acted in the popular film, ‘Saathiya’ and acted in numerous television shows such as ‘ Meher’, ‘Ghar Ek Sapnaa’, ‘Sawaare Sabke Sapne – Preeto’ and even produced a series titled 'Mrs. & Mr. Sharma Allahabadwale'. And he has featured in numerous advertisements over the years.

His leading lady Inshika Bedi is a known face in advertising having featured in some of the most advertisements for the most popular brands.The England-based actress said, “I had a lovely opportunity to work with Ujjwal and Rakesh on a fabulous script.

I really enjoyed the film, the character that I’m playing is quite similar to what I really am. So I could relate to the character very well, hence it was quite easy for me. It was a lovely experience.”

She plays the character of Pooja and about the film she said, “What people will enjoy about the film is the big issues people have in trying to purchase a house, something seen all over India. A lot of people will be able to relate to the problems that have risen in this film. It has really picked up on situational incidents that happen to people in day-to-day life. I really enjoyed that part of the script."

Ujjwal and Inshika play lovers in the film, who have to somehow convince Inshika’s father for their marriage, which makes Ujjwal resort to risky ideas, leading to chaotic situations in the film.

Ujjwal’s character name is Pawan Bhalla and about his character he said, “I’m not sure if I relate to my character or not because my role is a surprise in the film. It’s about the life that I and my friend live in Mumbai.People come from outside and all have a dream of a home, to go from one room kitchen to five BHK. But it is so difficult to get 1 BHK or just a home in Mumbai or any other metropolitan city.

So I feel that ‘BHK Bhalla@Halla.Kom’ relates with every common man as all want to make their house. Against the backdrop of this situation, how Pooja’s parents and our friends and other characters get stuck in the chaos is the way this intelligently written comedy comes out, where you’ll have no option but get involved and laugh.

The film is a sorted and simple film, made on a realistic pattern, there is chaos but it is sensible chaos. There are moments in the film which touch you in terms of emotions.”

‘BHK Bhalla@Halla.Kom’ directed by Rakesh Chaturvedi ‘Om’ and produced under the banner 9 Production, GM Film Production and RCOM Production and is gearing up for release on 5 February.