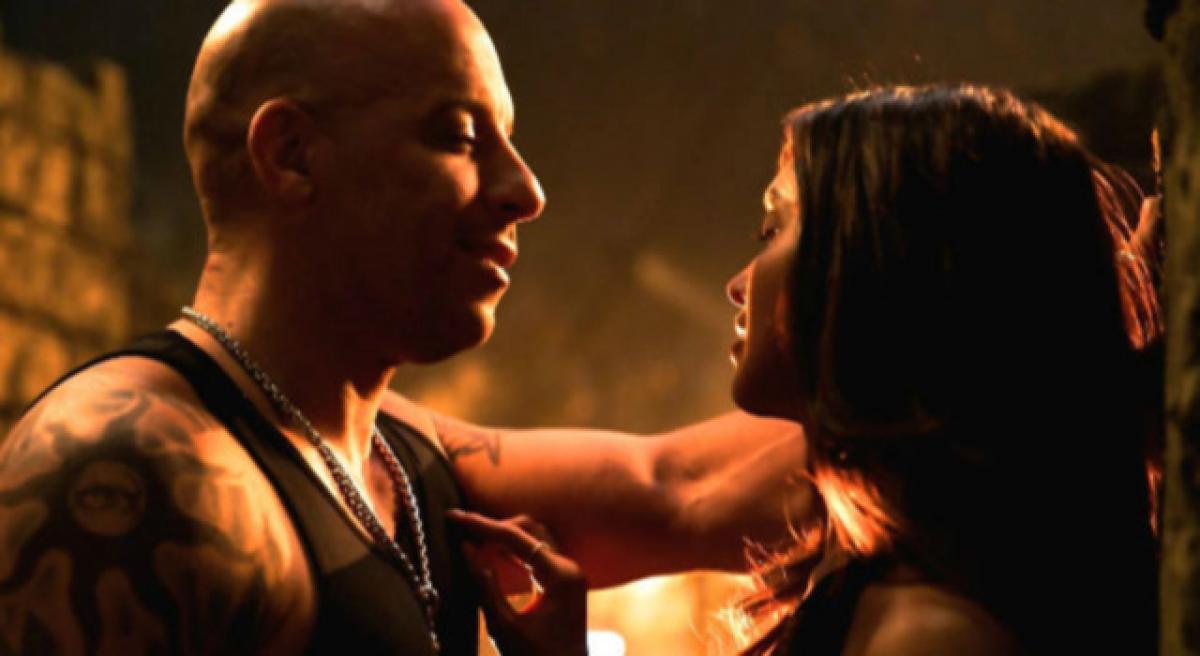 The hunky actor is seen shirtless, showing off his tattoo-covered abs in the Facebook image, while Deepika is wearing a bold black leather outfit which not just shows her washboard abs but also some temporary tattoos for a power-packed look.

Meanwhile, in the other photograph, he stands behind Deepika as he wraps his arms around her.

"First day of filming... Xander and Serena... P.s. 17 million beautiful souls. Thanks for the love," he captioned the Instagram image.

The new film will follow Diesel's Xander Cage who returns to the National Security Agency after an eight-year absence.

D.J. Caruso is taking the director's seat, and F. Scott Frazier has written the script. No official release date is set for the movie yet.