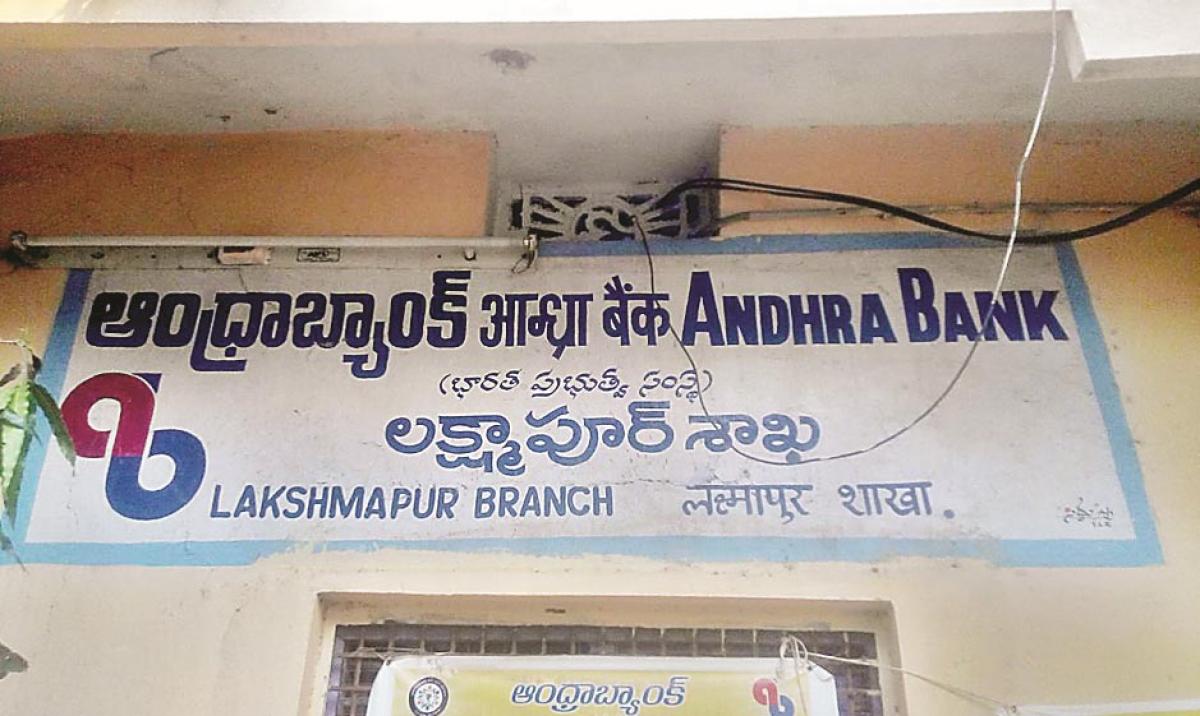 Nizamabad: Nearly 121 persons withdrew Rs 93, 48,000/- (nearly Rs 93.5 lakh) worth loans on crops using bogus pattadar passbooks in the Nizamabad district from Yellareddy branch of the Andhra Bank. The bank officials who became suspicious, got in touch with the officials of the Revenue Department and enquired from them.

The revenue officials told the bankers that all the 121 pass books which were used for withdrawing the huge amount were fake. Speaking to the media here on Tuesday, Andhra Bank Manager Santhulal, of the Yellareddy branch said that their bank issued nearly Rs 93,48,000 crop loans to 121farmers. Among these,120 farmers hailed from the Lingampet Mandal and one from the Yellareddy Mandal.

The numbers mentioned in the Patta pass books survey numbers are different from the actual numbers. As such, nobody was eligible for loans, he said. On the basis of the report submitted by the Yellareddy and Lingampet Tahsildars on Tuesday, the Andhra Bank officials lodged a complaint with the Yellareddy police against the 121 farmers, who took loans by showing fake patta pass books.

Santulal, Andhra Bank Manager, Yellareddy said that earlier manager issued these 121 crop loans during the 2013-14 financial year without examining whether the pass books were genuine or not. He said that loans worth nearly Rs 93. 5 lakh were sanctioned by mistake. He said that they lodged a complaint with the Yellareddy police on this issue. The police took up investigation.