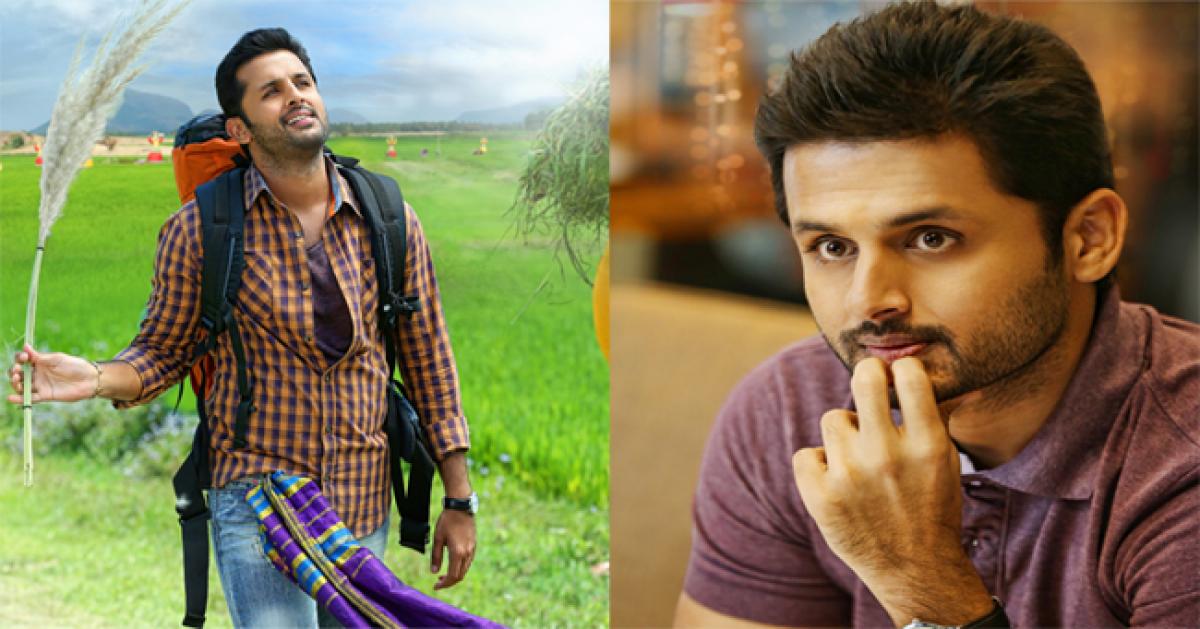 'Wizard of Words’ Trivikram’s new romantic entertainer ‘A…Aa (Anasuya Ramalingam vs Anand vihari)’ featuring Nithin and Samantha in the lead roles has completed its talkie portion and gearing up for release on May 6. The first look stills and posters were released on hero Nithin’s birthday today (March 30).

Producer Suryadevara Radhakrishna, who is producing the movie under the banner of 'Haarika and Hassine Creations', said that he is very happy to be associated with this project and he expressed confidence that the romantic family entertainer will be a visual treat for the audience this summer.