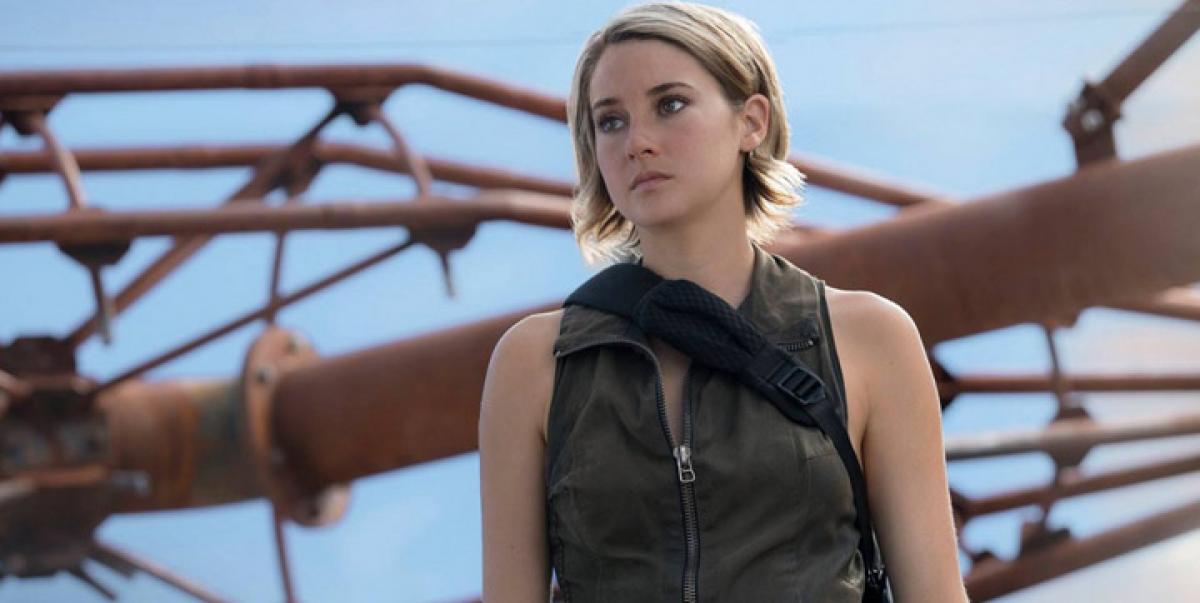 “Allegiant” or “The Divergent Series : Allegiant” is a futuristic American sci-fi adventure about setting up a new order and has a handful of near...

“Allegiant” or “The Divergent Series : Allegiant” is a futuristic American sci-fi adventure about setting up a new order and has a handful of near robotic characters running helter-skelter causing confusion worse confounded.

Evelyn (Naomi Watts) is the one pulling the strings from behind. She sees that the people of Chicago not going beyond the Wall and pressures “Tris” Prior (Shailene Woodley) and her boy-friend “Four” Eaton (Theo James) into taking leadership of the new coalition.

The others in the group include Tris’s brother Caleb ( Ansel Elgart), Christina (Zoe Cavitz) and Peter Hayes (Miles Teller) while David (Jeff Daniels) is the chief with a hidden agenda.

Director Robert Schwentke has a wide canvass and the sets are ably handled (a dull crimson envelopes the earth) and so are the combat vehicles. But sets alone do not a movie make.

Shailene Woodley may be good to look at but is hardly called upon the draw on her emotive powers. Theo James in that respect is slightly better. Naomi Watts is the most rounded character while Jeff Daniels goes by fits and starts. So, between this, that and the other and terms like Erudite, Dauntless and Purity one is left groping in the dark for all of 120 minutes.