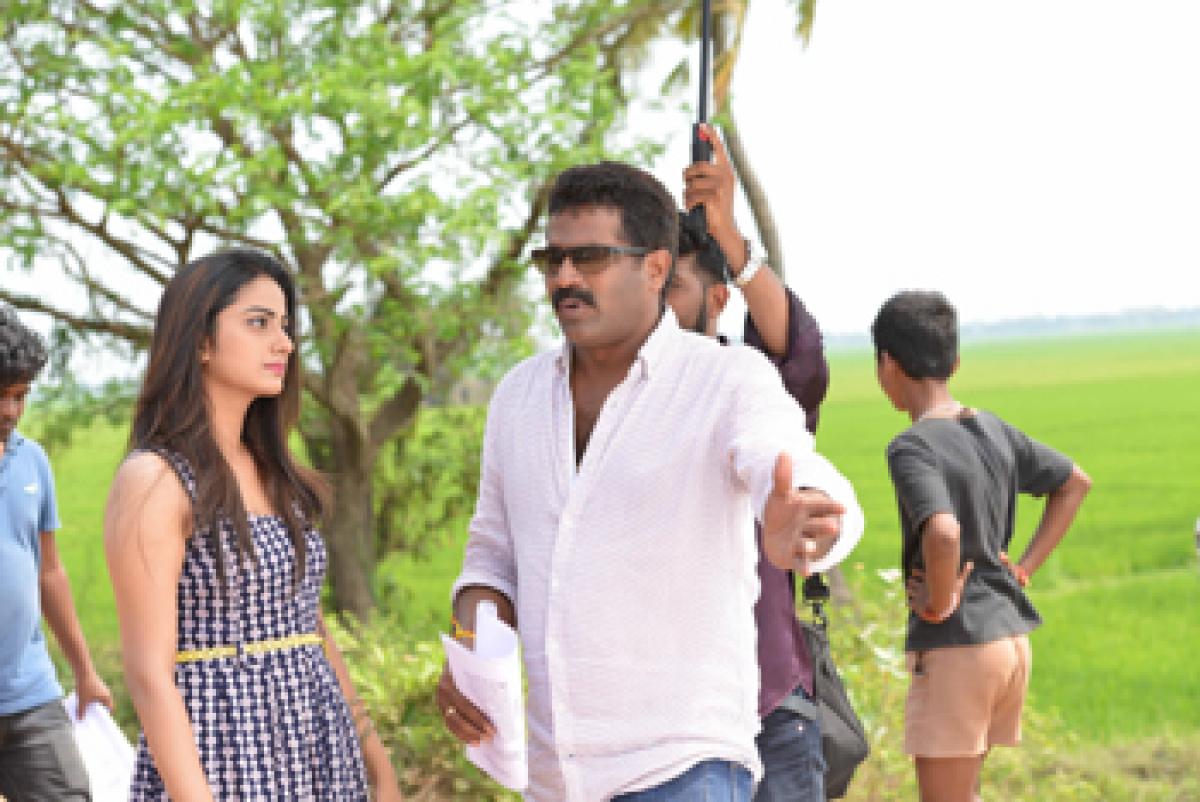 Director Veerabhadram Chowdary is back with Aadi-starrer ‘Chuttalabbayi’. Ask him why it took so long to make a film after his 2013 release ‘Bhai’ and ...

Director Veerabhadram Chowdary is back with Aadi-starrer ‘Chuttalabbayi’. Ask him why it took so long to make a film after his 2013 release ‘Bhai’ and he reasons, “A couple of heroes did approve my script after ‘Bhai’ but their situation, like mine, was not strong and so I had to wait. After Aadi took a liking to my script, it took time to find a good producer.”

But isn’t Aadi too going through a lean patch with his last few films disappearing into thin air upon no time after the release? “Minus into minus is a plus, right? ‘Chuttalabbayi’ will boost our career fortunes,” he promises, adding it’s a Rajamahendravaram set drama about a recovery agent Babji (Aadi). “I’ve packaged it with all the commercial ingredients much like my earlier films ‘Aha Naa Pellanta’ and ‘Poola Rangadu’.”

The director is branded for getting inspired by Malayalam films. Has he followed suit for ‘Chuttalabbayi’ too? Begging to differ, he points out, “I get inspired by world cinema, not regional cinema.” With Nagarjuna going to town that he lost the respect of audience with ‘Bhai’ and that he shouldn’t have made such a film, didn’t it hurt the filmmaker? Turns out, he wasn’t.

“Everybody works hard to achieve success in the industry. I’m a son of a farmer. I completed my MCA before coming to Hyderabad to pursue my filmmaking ambitions. I worked under top directors prior to bagging my first film. It was a big achievement for me to have bagged an Annapurna Studios flick. After the film is over, if the result is good, people associated with it will be happy.

If not, it is but natural for such criticism to crop up. “To tell you the truth, I wasn’t bothered about what Nagarjuna had to say. I did my job. I’m no God. I’ve did three films. My first two did well, while the third one didn’t. That’s it. But I took the criticism in my stride and worked hard to develop ‘Chuttalabbayi’ script,” he signs off.