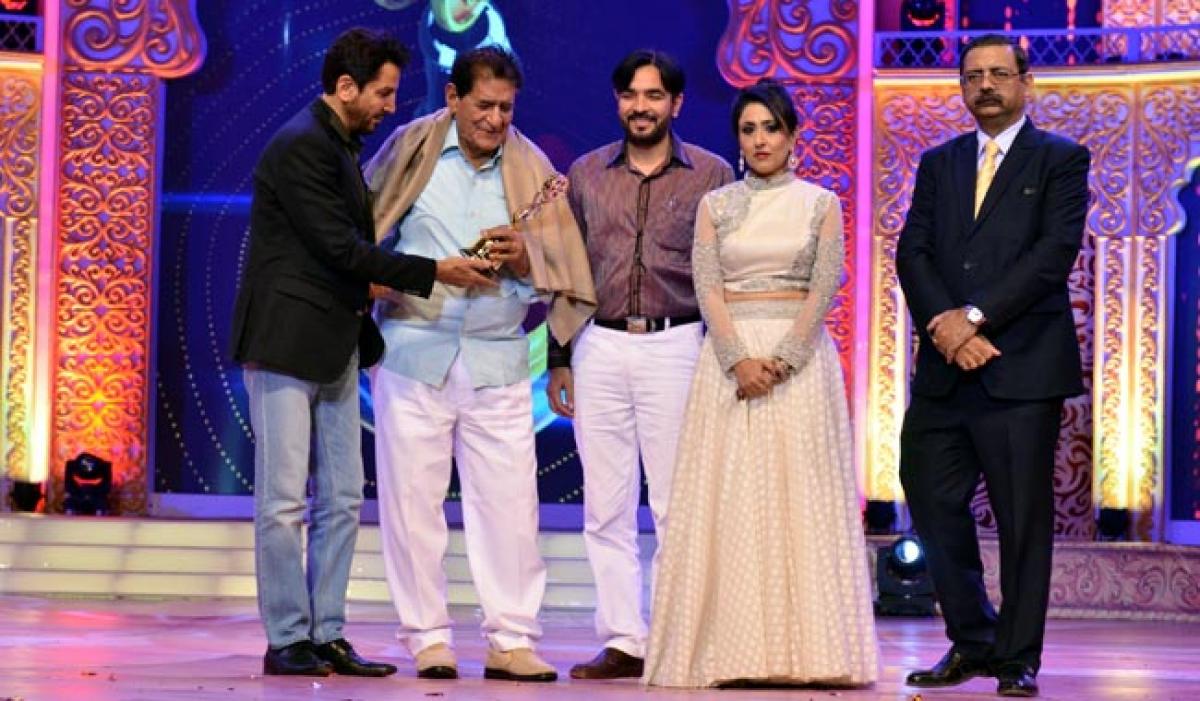 Among the crowd of award shows held every year, PTC Punjabi Film Awards is known to stand out for celebrating the best in the Punjabi film industry, and more importantly,

Among the crowd of award shows held every year, PTC Punjabi Film Awards is known to stand out for celebrating the best in the Punjabi film industry, and more importantly, for the breathtaking performances by apna favourite Bollywood and Punjabi film sitaras that leave the audience asking for more. PTC Punjabi Film Awards 2016 held at a sports stadium in Mohali (Punjab) on 14th April was no exception!

For the last five years, the biggest of Hindi and Punjabi film personalities have graced PTC Punjabi Film Awards and compared the stature of the award ceremony with the biggest ones conducted in Bollywood.

Rajiee M Shinde, Director and CEO, PTC Network says, “Among the fastest growing language cinema in the country today, the Punjabi Cinema has achieved a predominant position in the field of Indian cinema not only in the country but also across the globe. PTC Punjabi Film Awards celebrated its sixth glorious year by putting up a spectacular show attended by the who’s who of Punjabi film industry and Bollywood.”

One of the most popular and talented artists of Bollywood Yo Yo Honey Singh left everybody whistling and clapping as he performed on his chartbusters. The popular rapper who will be seen playing the lead role in his upcoming Punjabi romantic action flick Zorawar, produced by PTC Motion Pictures, Rajiee M Shinde and Rabindra Narayan and directed by Vinnil Markan also performed on the foot-tapping numbers from his most anticipated movie.

Trust the gorgeous Chitrangda Singh to leave the hearts thumping as and when she steps on the platform and the stage of PTC Punjabi Film Awards too was set ablaze as this sexy siren grooved to some of audience’s favourite numbers. The megastar of Punjabi film industry Gippy Grewal made a starry entry and rocked the stage by performing on some cool Punjabi dance numbers. Similarly, singing icon Sunidhi Chauhan crooned her hit numbers creating oh-so memorable moments. The event also witnessed mesmerising performances by Kainaat Arora and Amrinder Gill.

And the proud winners were celebrated with great applause which included Amrinder Gill and Sargun Mehta who won Best Actor and Best Actress award for Angrej respectively. Interestingly, the Amrinder-Sargun starrer also won Best Film award and needless to say Best Director award was won by Simerjit Singh for Angrej.