Pawan drops in on the sets of Trivikram’s film 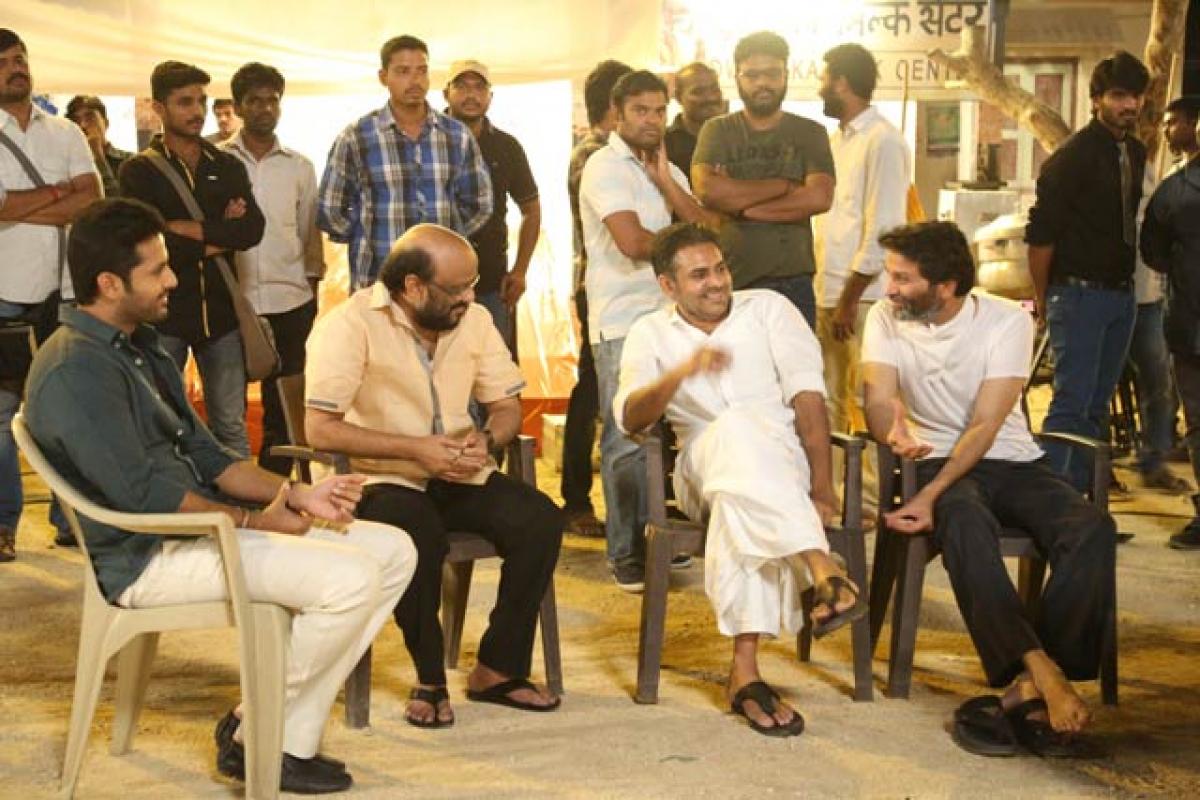 Pawan Kalyan dropped by the sets of good friend Trivikram Srinivas’ under-shoot venture ‘A…Aa’, starring Nithiin and Samantha, on Tuesday night in Hyderabad. Clad in a white shirt and lungi, Pawan spent a good two hours on the sets much to the delight of the film’s producer S Radhakrishna and Nithiin, who are big admirers of the actor.

“POWERFUL guest on our sets last nite!!was very nervous excited n happy to perform in front of him (sic),” Nithiin posted on his Twitter page on Wednesday evening. ‘A…Aa’ is in the final stages of shooting and presently Trivikram is filming a number on Nithiin at a specially erected set in the city. It is scheduled to release in the first half of May.