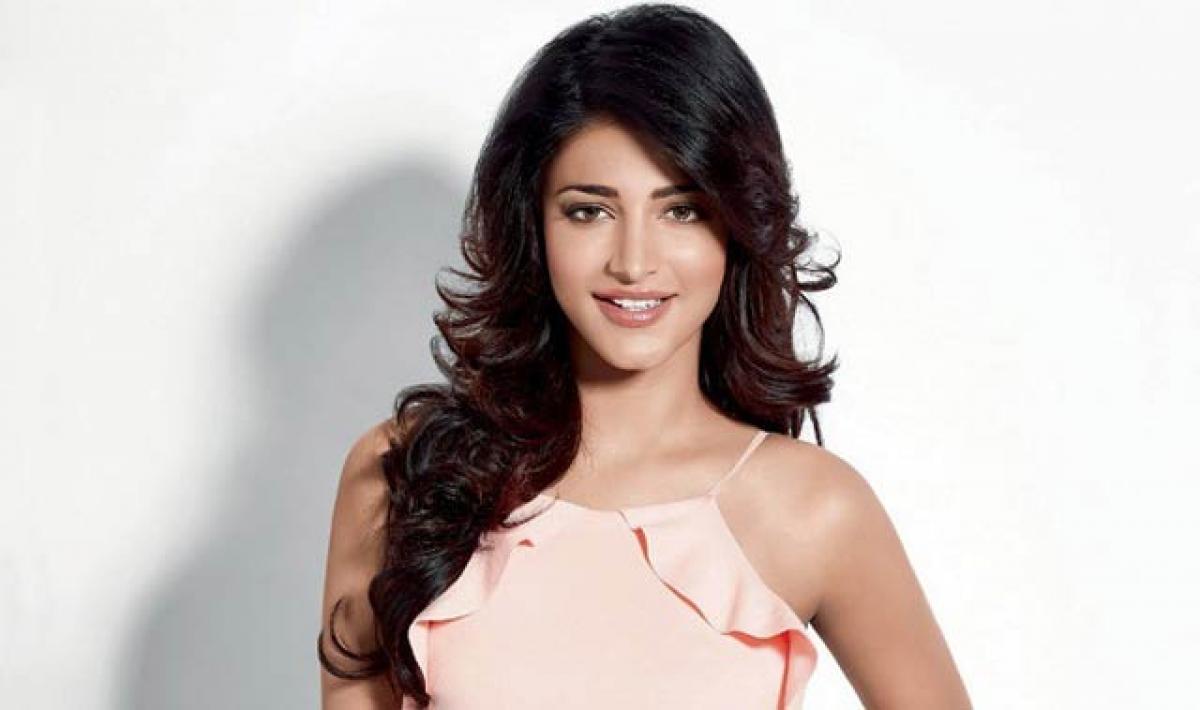 It was not long ago when the tinsel town got the first glimpse of Shruti Haasan’s dance moves in Allu Arjun-starrer ‘Race Gurram’.

It was not long ago when the tinsel town got the first glimpse of Shruti Haasan’s dance moves in Allu Arjun-starrer ‘Race Gurram’. Sporting a lungi, the Chennai actress matched Bunny’s steps and stunned everyone with her mass moves in the number ‘Cinema Choopistha maava’. The actress is set to do an encore in her forthcoming Telugu film ‘Premam’, a remake of Malayalam film.

There’s a sequence in the original film, where Sai Pallavi, who plays the lecturer, flaunts her mass dance moves and shocks her students (even the audience). Apparently, Shruti, who is reprising Sai Pallavi in the Telugu version, grooved to some shape-throwing moments in the same episode and stunned everyone on the sets. The makers are sure that her dance moves is expected to bring the house down.

“Though Shruti is a good dancer and loves grooving, she rehearsed a few days for the dance episode to get it perfect. It comes in as a surprise package. It’s a jaw-dropping dance sequence and will be Shruti’s best-ever performance,” says an official from the film. The film’s director Chandoo Mondeti recently shot the dance sequence on Shruti, Naga Chaitanya (and his friends) in Andhra University, Vizag.