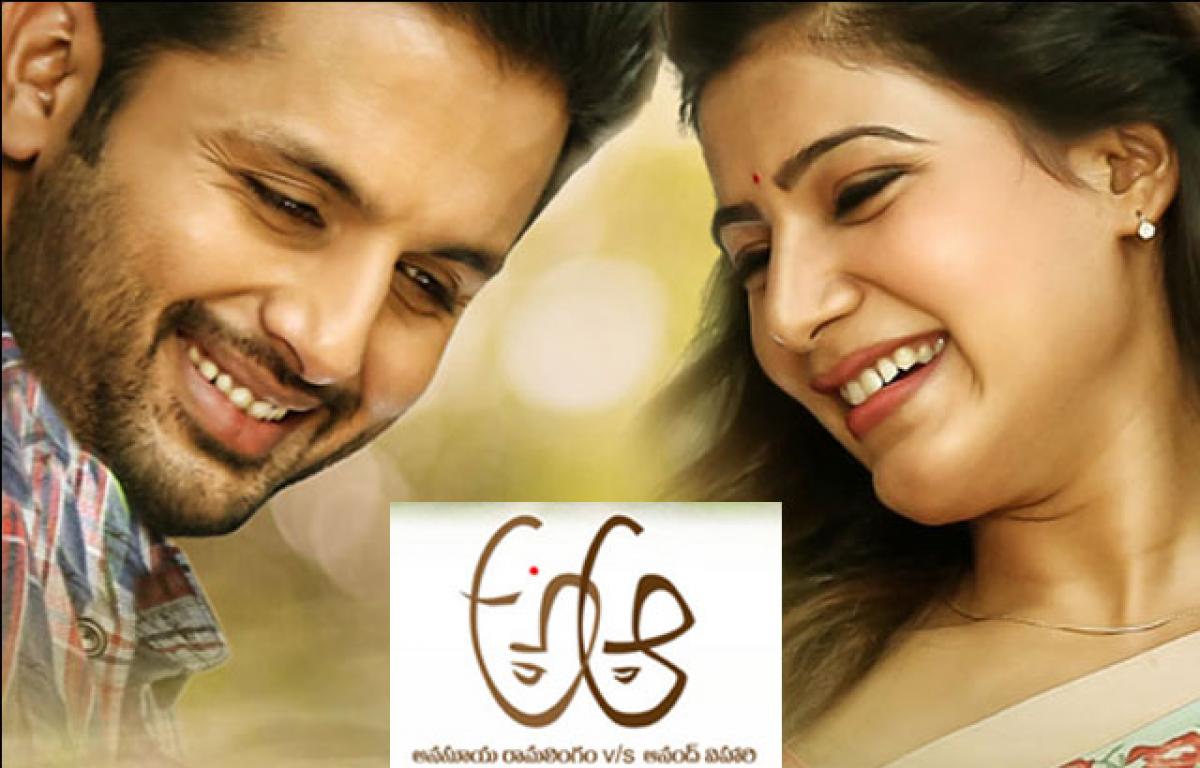 Actor Nithiin-'s forthcoming flick A..Aa [Anusuya Ramalingam Versus Anand Vihari] is gearing up for a summer release. The makers have released the...

Actor Nithiin's forthcoming flick A..Aa [Anusuya Ramalingam Versus Anand Vihari] is gearing up for a summer release. The makers have released the audio and trailer of the movie on Monday evening at Shilpa Kalavedika.

Finally, the curiosity surrounding the chief guest to Nithiin's A..Aa came to end with Power star Pawan Kalyan gracing the event. It is a known fact that Pawan Kalyan and Trivikram share a good rapport while Nithiin is a hardcore fan of Pawan Kalyan which is the reason behind him attending the audio launch.

Nithiin's A..Aa trailer is sparking some light on his fans because he will be seen in a different avatar like never before. Going into the trailer talk, Samantha will be seen playing Anasuya Ramalingam and Nithiin as Anandi Vihari. Their love story looks unique and refreshing. Directed by Trivikram Srinivas, A..Aa is scheduled to hit the theatres in the month on May while the release date is yet to finalised by the makers of the movie.