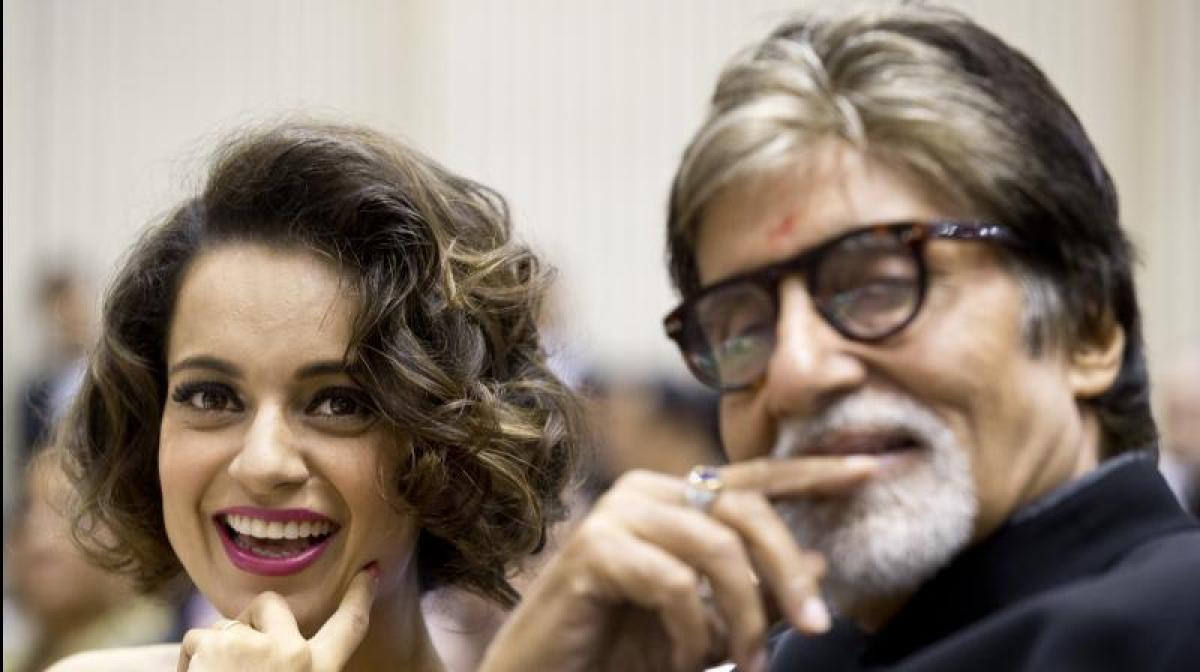 78-year-old Kumar, best known for his patriotic films "Purab Aur Paschim", "Upkar" and "Kranti", became the 47th recipient of the award, the highest recognition in Indian cinema, which consists of a golden lotus, a cash prize of Rs 10 lakh and a shawl.

The wheelchair-bound actor, who was sporting an orange bandana of Sai Baba, also presented the President with a crystal statue of the deity as he received the honour.

She also received Rajat Kamal and Rs 50,000. It is her third trophy at the National Awards, having earlier won best supporting actress for "Fashion" and best actress for "Queen" last year.

SS Rajamouli and producers Shobu Yarlagadda and Prasad Devineni received Swarna Kamal, cash prize and a certificate for their magnum opus "Baahubali", which was the best feature film this year.

"It is so special. It is the acknowledgment of the government. You are being compared with the best of the nation. And there is a great jury comprising of talented people. It means a lot. It is a very proud moment for me. It is a reward for the twenty years of my hard work," Bhansali said.

The award comprises a Swarna Kamal medallion, a cash prize of Rs 2,50,000 and a certificate.

Superstar Salman Khan-starrer cross-border drama "Bajrangi Bhaijaan" won the best popular film providing wholesome entertainment. "The film is very special to me. The kind of love that the film has got has made the journey so special. And on top of that to get a National Award is amazing. It makes it all more sweeter," director Kabir Khan said.

Complimenting the winners that include newcomers as well as legends of Indian cinema, Mukherjee said the awards this year reflect all aspects of cinema including digitisation and technology.

Jaitley said it was a privilege to see the best of Indian cinema this year. He said people sometimes talk of golden age of cinema and going by the continuous improvement in quality of films, it seems the best is yet to come.

I&B Secretary Ajay Mittal, who also spoke on the occasion, said the government was committed to nurture and promote films as both art and industry in the nation.