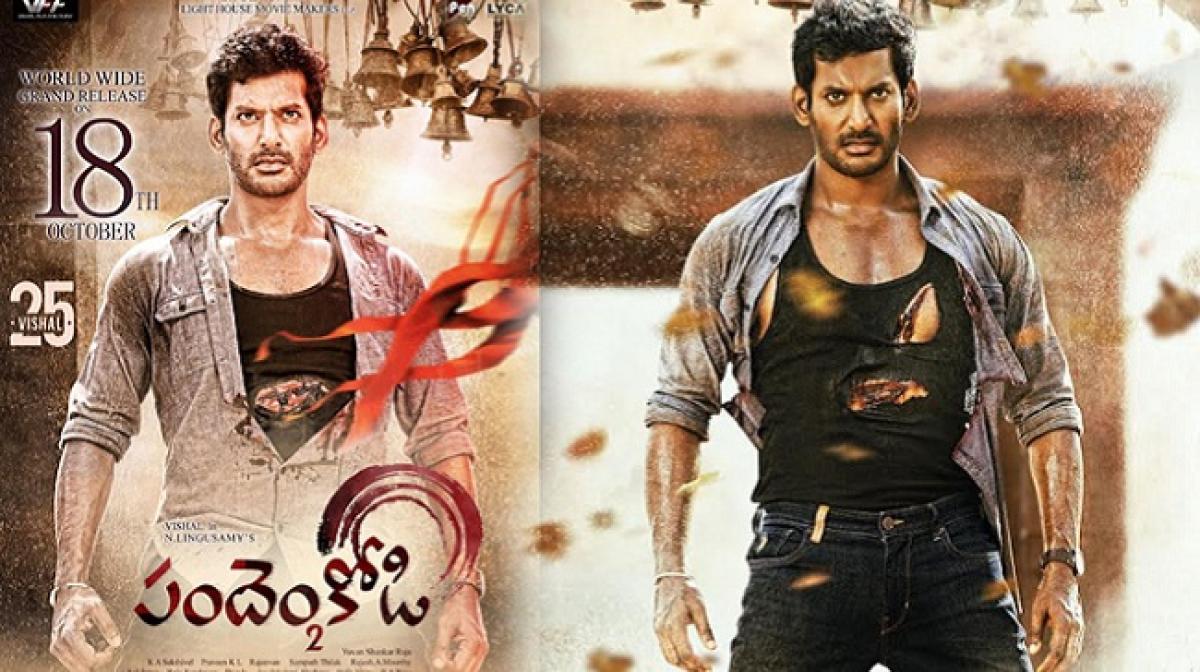 Vishal Reddy became a known person in Telugu and Tamil languages with Pandem Kodi. After such big hit he did become a star in Tamil and a popular hero in Telugu.

Now, he is coming with a sequel to the film, Pandem Kodi 2 after a gap of 14 years. The movie trailer released on Friday, is highly impressive and explosive too.

Linguswamy maintained the same intensity from the early film and added Varu Sarath kumar as a strong character into the mix.

Tagore Madhu, producer of many successful films in Telugu is releasing the movie in Telugu markets. This will be an added advantage to Vishal's popularity. Well, get ready to re-visit the perfect commercial movie.