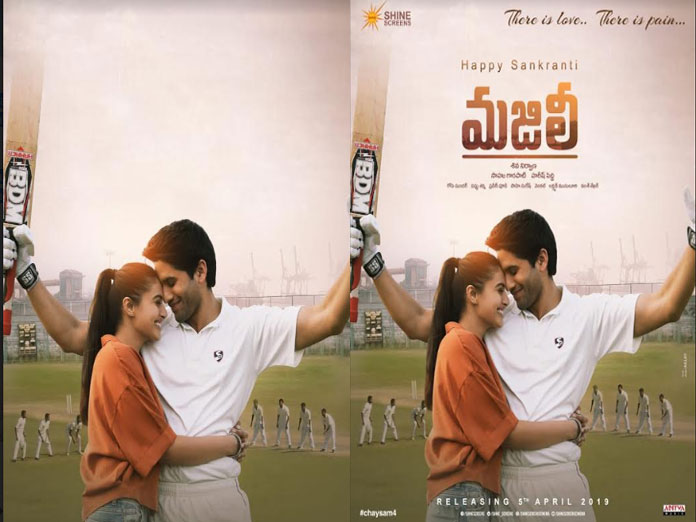 Naga Chaitanya is seen as a cricketer in the second look poster and he looks much younger compared to the first look poster in which he was seen as a middle-aged man.

The film comes with caption ‘There Is Love… There Is Pain’ and implies it’s a romantic entertainer set against the backdrop of Vizag. ‘Majili’ is written and directed by Shiva Nirvana of ‘Ninnu Kori’ fame,
About eighty percent of the film’s shooting has been wrapped up. Actors Rao Ramesh, Posani Krishna Murali and Subba raju are playing supporting roles.

Music is being composed by Gopi Sundar while Vishnu Sarma is handling the cinematography.Sahu Garapati and Harish Peddi are producing ‘Majili’ under Shine Screens banner. The producers have confirmed the release date on April 5th.