Film Music is Good, But Restricting Says A R Rahman 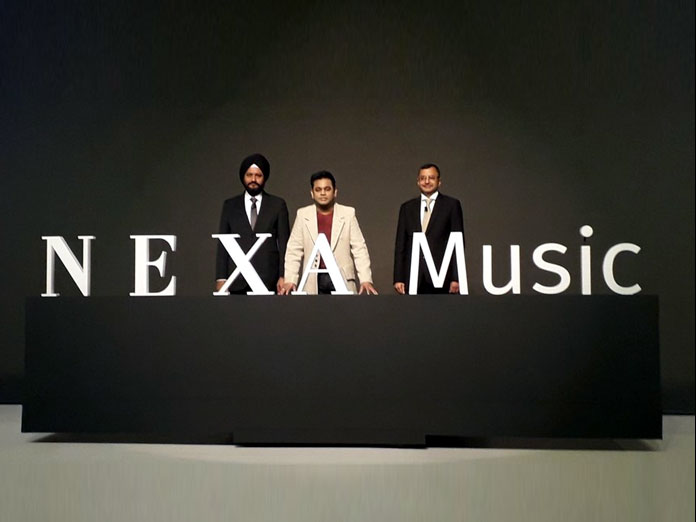 Music maestro AR Rahman says that there is nothing wrong with film music but it is been commissioned and restricting for creative people.

Maruti Suzuki India Limited today announced the launch of Nexa Music; it is a first of its kind platform for music aficionados across genres to create original international music of global standards.

Talking about the platform which promotes Indi-English music in a country driven by Bollywood music, AR Rahman said, “See nothing is wrong with film music, it is beautiful but it’s been commissioned, because you have to write for any given situation, those are limited. But here the imagination is wide this is the whole universe of imagination”

“And sometimes Indi music actually inspires movies, I want that to happen. I want a song from here to go there, it is not a compulsion but it will open up peoples mind. I think people’s mind should never be closed; it should trigger the mind of a common man. And that could only happen when you are not restricted in your imagination. It shouldn’t be like that you should only write for this actor, actress or this story or director, but here you can talk about anything”

Further adding Rahman said, “The idea is to promote Indi and English music in India; they’ve always been like an underdog in India and I’ve personally heard any amazing songs on YouTube and I feel with kind of encouragement and investment by Nexa Music, the artists are going to shine”

Inspiration to millions in India and overseas, Rahman also added that India is the youngest country and it is responsibility of every citizen to project the nation forward.

He said, “India is the youngest country and that is a gift and a curse. If it is guided correctly and we all have positive thinking, we all can go forward. But if pull ourselves down, it is a bad thing. Each one of us has to push forward the way India is projected and how it should be success story for the world to see and I think music is great tool for that”