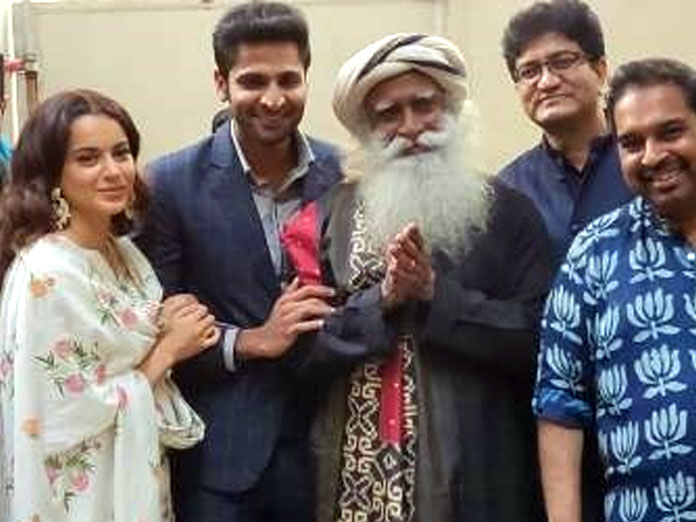 Sadhguru Jaggi Vasudev defends Kangana Ranauts controversy struck Manikarni, says that there is law in this country and nobody can threaten anybody, on the sidelines of a special screening of the film

Sadhguru Jaggi Vasudev defends Kangana Ranaut’s controversy struck Manikarni, says that there is law in this country and nobody can threaten anybody, on the sidelines of a special screening of the film.

Amidst of Manikarnika and Karni Sena controversy the makers hosted a special screening of the film here in Mumbai for family and friends.

The infamous Karni Sena has once again threatened the makers and lead actor of Manikarnika, actress Kangana Ranaut, of physical harm for depicting Rani Jhansi in wrong light.

Talking about the ongoing tussle, Sadhguru said, “Cinema is Cinema, if you’d like to see it, see it, and if you don’t like to see it, don’t see it, there is no need for these unnecessary situations”

The lead actress Kangana Ranaut also expressed her excitement over having Sadhguru for the screening. She said, “The Manikarnika is releasing this coming Friday. This is the first screening of the film, which I have kept for my family and Guru. So this is a very special day for me”

Manikarnika: The Queen of Jhansi is a biographical period drama film based on the life of the Rani Laxmibai of Jhansi. It is directed by Krish and Kangana Ranaut and produced by Zee Studios in association with Kamal Jain and Nishant Pitti.