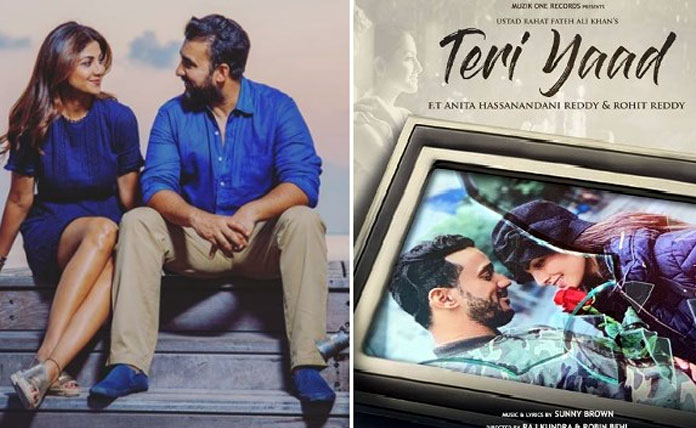 Raj Kundra also shared a personal detail about his life, which has been depicted in the film. The proposal scene in the video is inspired by Raj Kundra proposing to Shilpa Shetty.

He said, “Eleven years ago I got down on my knees, and propose to Shilpa, after taking permission from my mother in law, who blessed me and approved me. Recreating that moment was lovely, it is exactly how I proposed to Shilpa in Paris, and recreating that was quite emotional”

Talking about his directorial debut Raj Kundra said, “I have never done it before, so there was a lot of responsibility and this lovely couple, Anita and Rohit trusted me with it, above all Shilpa was also telling me that without her approval the video was not going to release. So finally when the product was ready and Shilpa approved it, we’re launching it today”

Raj Kundra also added that real-life couple Anita and Rohit were his first choice. He said, “When I heard the song, it kept repeating in my mind. It is a beautiful song by Rahat Fateh Ali Khan, lots of visual kept coming to my mind and we started writing and putting it together. We only had two days to shoot and I wanted a couple, who was romantic, very mushy and okay with the PDA, and only one couple came to my mind, my first and last choice, was Anita and Rohit”