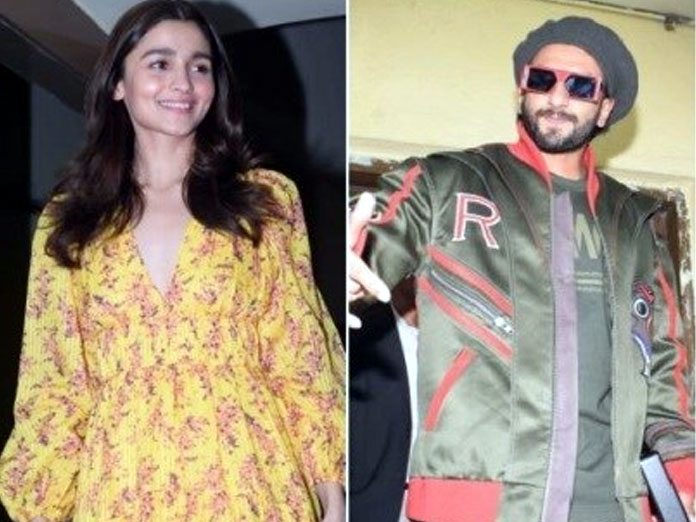 Zoya Akhtar directorial Gully Boy starring Ranveer Singh and Alia Bhatt has Bollywood raving about the film on social media. The makers organized a special screening of the film last night and now social media is buzzing with high praises.

Actor and director Rahul Bose, who co-starred with Ranveer Singh in Zoya Akhtar's 2015 film Dil Dhadakne Do, tweeted: "Watched Gully Boy yesterday. It takes you into a world you know nothing about and makes you care for its people, their lives, their futures. What more can an audience ask for? Superbly directed, spot on performances, great emotional highs and lows. And banging rap - music and lyrics...Few more words on #GullyBoy. @RanveerOfficial finest work yet. Contained yet free, nuanced yet explosive. @aliaa08 A brilliant, achingly true performance, your heart breaks. The rest of the cast were perfectly pitched. Take a bow @jayoza : brilliant camerawork in a complex film”

Actress Saiyami Kher praised the film as well. She wrote, “The #GullyBoy fan club! #ZoyaAkhtar you’re a genius! How do you out do yourself each time? Every performance, every scene, the music, the camera work, the writing @RanveerOfficial so contained yet so explosive. This one is undoubtedly your best. @aliaa08 fabulous as ever”

Actress Kubbra Sait wrote, “Mere bhaiiiiiiiiiiiiiii aaaag laga diiii re!!!! The real hero of the Gully and the Ultimate Gangstah of Tinseltown! @RanveerOfficial #GullyBoy... Every single rapper and hip hopper of our country owns the soul of #GullyBoy thanks to @NaezyTheBaA @VivianDivine & #TigerBaby #ZoyaAkhtar it takes big B’s and huge dreams to make it ALL come true. MUBARAK Bhai log...Layered with love and garnished with simplicity. The pain, strain, struggle is real #GullyBoy what a brilliant story. What a kind narrative. Congratulations on a film, with a story that was waiting to be told... Hai! I am your fan @aliaa08 as Sanki Safeena, You transplanted my heart to you in #GullyBoy”

Gully Boy is based on real-life rappers from Mumbai – Divine and Naezy. It has Ranveer playing the character of a rapper named Murad, who uses his talent to comment on the society and class difference. Alia plays the character of Ranveer’s love interest in the film.