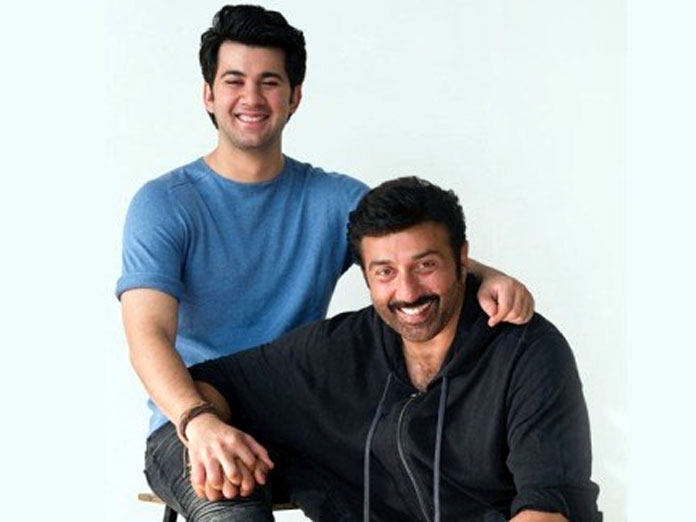 The action superstar Sunny Deol dropped the first look poster on social media profile and he wrote, “For a father, it’s a moment of pride to look at their children achieve what they have always strived for! Presenting to you #PalPalDilKePaas starring #KaranDeol and #SahherBambba @ZeeStudios_ @shariqpatel @SunnySuperSound”

Further adding a little about the film and its release date, he wrote, “Get ready to experience an adventurous love story which will be cherished for a long time. #PalPalDilKePaas in cinemas on 19th July. #KaranDeol #SahherBambba @shariqpatel @ZeeStudios_ @SunnySuperSound”

And finally, Sunny Deol dropped the first official motion poster of the film, he wrote, “An adventurous love story filled with magical moments. Get ready for a story which will be forever etched in your heart… #PalPalDilKePaas in cinemas on 19th July. #KaranDeol #SahherBambba @shariqpatel @ZeeStudios_ @SunnySuperSound”

Pal Pal Dil Ke Paas is a romantic drama film directed by Sunny Deol and produced by Vijayta Films. The film stars Karan Deol and Saher Bamba in the lead roles, the movie marks their debut.

The Film is mostly shot in Manali, Himachal Pradesh and some of the parts are shot in Delhi with a racing car sequence being shot at Buddh International Circuit in NCR.