5 fresher than a mint debuts on Koffee with Karan Season 6! The current Koffee season saw lots of unconventional pairing and Bollywood new comers make their way to the couch to set it ablaze with their sass and fierce confidence. Be it the finale episode with Piggy chops and Bebo unwinding over a cup of Koffee or Akshay and Ranveer’s hilarious episode or the Kapoor siblings hitting it off on the couch – the Btown millennials aced their debuts by answering the master blaster’s questions without any inhibitions!

They are candid, fun, bold and quick to share their opinions about any current situation! With the Koffee awards right around the corner, let’s take a look at the top 5 debuts of Koffee that were fresher than a pillow with mint on it! 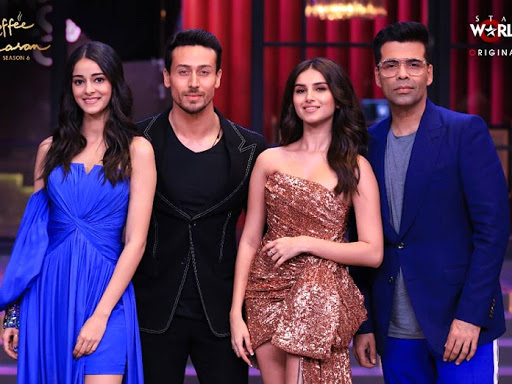 Ever since the announcement of STOY 2, the internet just could not stop going gaga over Tara. Having started her career as a video jockey with Disney India's Big Bada Boom in 2010 followed by significant roles in The Suite Life of Karan & Kabir and Oye Jassie, Tara has worked her way into the industry as an outsider.

Tara describes herself as a shy and reserved person but in her first appearance on the Koffee set she was polite, poised and super candid about her views, opinions, equations with her co-stars and of course her crush on an ex-student! With so much brewing in reel life and real life who better than KJo to host the newest addition to the Dharma family over a Koffee date? 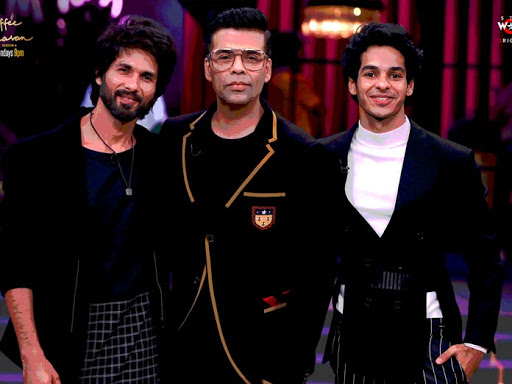 Ishaan Khattar made his first ever screen appearance in Vaah! Life Ho Toh Aisi! back in 2005 alongside step brother Shahid Kapoor. After a few other appearances, Ishan shot Dhadak alongside Janhavi Kapoor earlier last year.

His onscreen and off screen chemistry with Janhavi led to multiple speculations all over the internet. On being probed by Koffee host Kjo over the same, Ishan tactfully steered the conversation into another direction, leaving all our assumptions at bay. Ishan with his young, energetic, vivacious vibes and his equation with Shahid lit up the coffee date. 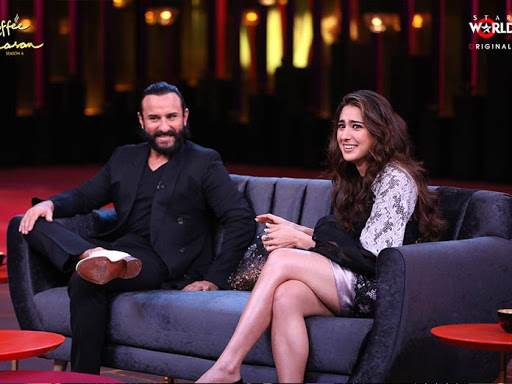 The perfect combination of beauty with brains – everything that describes Sara. Being the princess that Sara was born as, she has managed to charm all the audiences by her beauty, confidence and witty responses.

Owing to the warm bond that she shares with her father and her candid opinions on family, relationships, her crush and lots more that came our way wrapped up in laughter, the duo brought the Koffee Set to life. Be it battling PCOD and spreading awareness on physical well-being or winning hearts with her first ever silver screen debut or acing her koffee date – this Khan has clearly got it all! 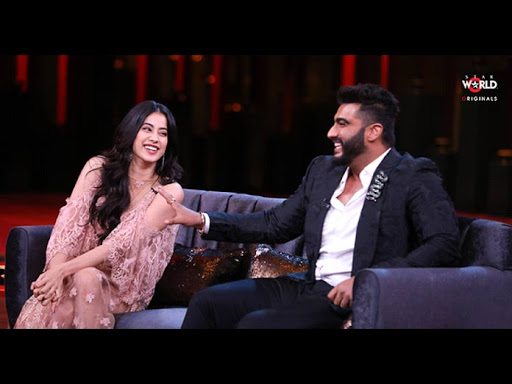 The date with Kapoor siblings was much awaited by the audiences due to the latest developments in their personal lives and careers respectively. This episode was all about friendly sibling rivalry, embarrassing secrets, childhood memories and family equation.

KJo couldn’t wait to probe the new comer with the rumors about her equation with Dhadak co-star Ishan Khattar. While Janhavi denied all dating rumors promptly, Arjun showed disagreement by mentioning that Ishan’s always around! With so much going on, on the personal front along with being one of the newest members of the Dharma family there’s a lot brewing in Janhavi’s life and the audiences can’t wait to watch what’s in store for them! 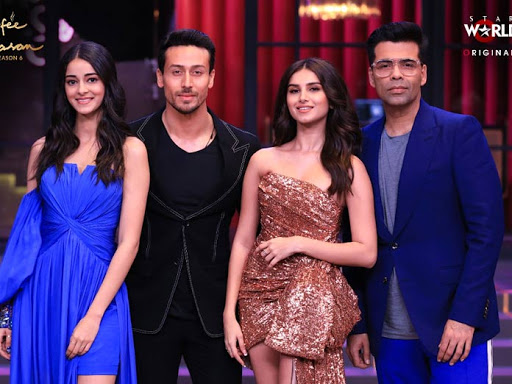 Being one of the popular star kids, Ananya Pandey has always enjoyed major social media attention by a massive fan following on Instagram. The cast announcement of SOTY 2 only added to her existing fan base.

A ‘serial chiller’ on social media but warm and even more fun in reality, Ananya stole hearts as soon as she made her first ever debut of Koffee. After innocently admitting that she has not done much so far to be on the couch; Ananya is all set to create her own place in Btown with her talent and dedication.

With the most number of Koffee Debuts of young Btown actors, this season is all set to applaud and celebrate the Best Debut Male and Best Debut Female at the prestigious Koffee Awards. Who better than a jury that consists of a Bollywood fashionista – Malaika Arora, two comics – Mallika Dua and Vir Das and a legend –Kiran Kher to deliberate?