Judgement is an art; Decision making a science 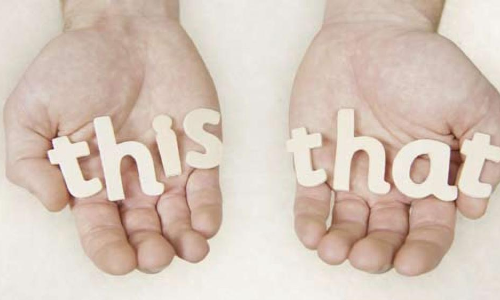 The nation plunged into a cash chaos as the currency notes of higher denomination were demonetised. Everyone now feels that enough preparation has not gone into the decision-making.

The nation plunged into a cash chaos as the currency notes of higher denomination were demonetised. Everyone now feels that enough preparation has not gone into the decision-making.

Any decision taken without proper assessment of facts and figures would lead to chaos. This can happen in a family, company or even in a nation.

Quite often people jump to decisions without evaluating its merits and demerits. This requires a process of decision-making that should be based on exhaustive analysis of information available.

True, decision science is gradually emerging as the new discipline. Technology is pressed into service to collate the large volume of data before drawing justifiable conclusions. Today, one is spoilt for choices, including in terms of the data at our disposal.

I recently purchased a pair of shoes. As one who never measured my foot size, I randomly picked up a pair of shoes, only to realise later that it did not fit me.

Alas, I can neither throw them away nor use them. It was a terrible experience. I realised the mistake of choosing something without analysing the data (in this case the size) available with me.

In 1980, I narrowly lost the seat in engineering. Somebody had advised me that a graduation course in electronics was worth an engineering degree.

I chose electronics even as I had to sacrifice my favourite subject, chemistry. But, I realised that I landed in a subject that did not interest me.

Moreover, on close scrutiny I realised the folly because a mere bachelor’s degree in electronics could never be equivalent to engineering. I erred as the information available at that time was limited.

Now, thanks to information explosion, one can take an informed decision and never regret later. This is particularly peculiar when one has to decide on medical choices.

My father once met with an accident. The orthopedician recommended immediate surgery. Somehow I wanted to get a second opinion. Even my father resisted and insisted on a surgery.

But I was adamant. The other doctor told us that sometimes the body has the capacity to heal on its own. Blessed we are as despite not having undergone surgery, he is hale and hearty.

Spontaneity is crucial in decision-making. However, it is equally important that one gathers appropriate information with regard to the issue on hand.

Decision science will bear fruit when choosing a life partner or when at the crossroads of academic or career plans.

Everything requires collecting and collating information from diverse sources and gaining insights with the data in your hand.

But, the science of decision-making requires an open mind for eliciting information from all directions, even if they are contradictory. A factual understanding of the situation is vital to arrive at the right decision.

Remember these important prerequisites in order to become a sound decision maker. Decision engineering requires an attitude to learn.

More often than not, people take decision based on what they know. Never satisfy with what you know. An appetite to learn more about the aspect on which you have to take a call is essential.

A student aspiring for Civil Services came to me with his parents. And he was studying Intermediate. Despite being a brilliant student, he did not wish to join engineering as was tuned to an opinion that social sciences was a more viable platform to get his dreams translated.

I advised him to pursue engineering in which he had an interest and still try for Civil Services, his lifetime ambition.

He was surprised when I told him that several toppers had engineering and medicine backgrounds. I had to narrate him my personal experience where in I studied electronics but speak and write on economics.

Some people enjoy collecting more and more information. The never ending engagement with information will not lead you anywhere.

Speed with which you get the information and take a decision really matters in a competitive age.

Many of us indulge in copy-cat decisions. We tend to follow the examples of others ignoring the fact that the conditions and characteristics of each individual and situation vary significantly.

A person with Rs 20 lakh at his disposal availed of a loan for Rs five lakh and constructed the house.

He could repay his loan with the money he saved on the house rent he earlier paid and a part of savings from his income.

But, another person with only Rs five lakh took Rs 20 lakh loan and constructed a similar house. But, tragedy strikes at that time. His repayment ability does not match his debt servicing obligation and he became bankrupt.

Eventually, he has to alienate his house. A decision to buy a house need not be the right decision for everyone and at every point in time.

An all-encompassing study of concrete conditions is the essence of decision science. Try it to ensure fewer or zero setbacks.