Hyderabad: AP Government to Launch Education Website, In a move to provide world-class teaching and amenities to the students, Andhra Pradesh government will soon launch a website to take feedback from people and experts.

Hyderabad: In a move to provide world-class teaching and amenities to the students, Andhra Pradesh government will soon launch a website to take feedback from people and experts. Andhra Pradesh Minister for Human Resource Development, Ganta Srinivas Rao said that a website would be launched by Andhra Pradesh Chief Minister N Chandrababu Naidus shortly. “Anyone can give their ideas, suggestions and remarks on the education system through the website. After a thorough scrutiny, they will be taken into consideration,” Ganta informed. 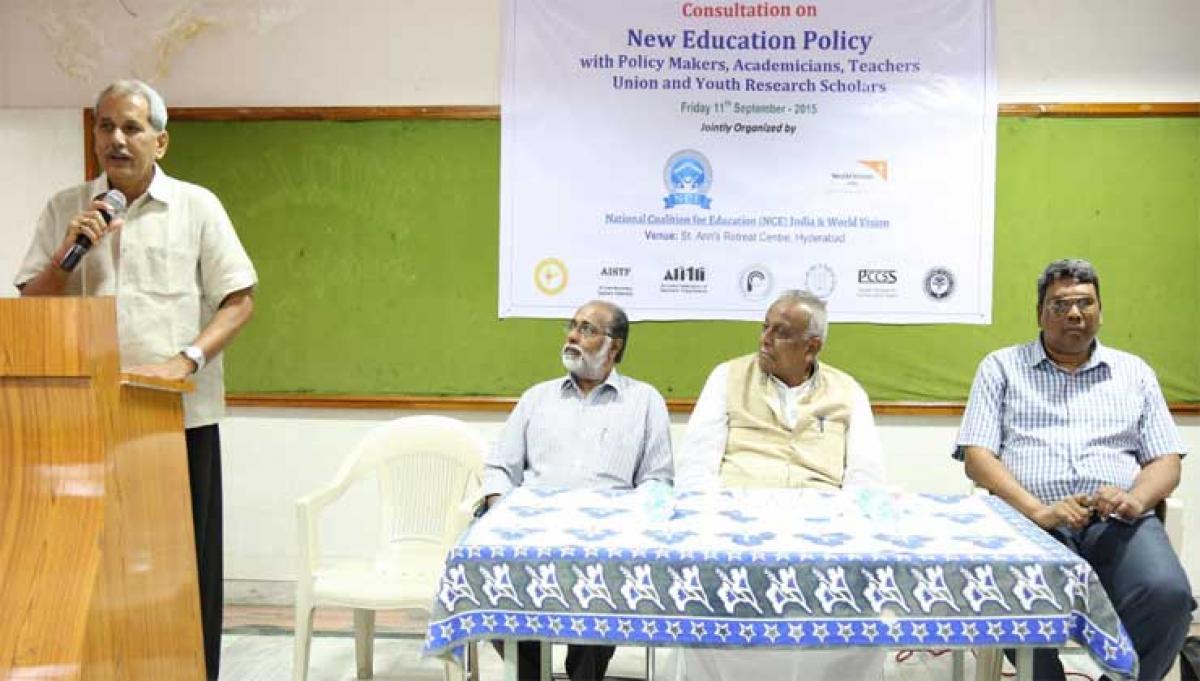 Speaking to the media after releasing results of first year Intermediate Public Advanced Supplementary here on Wednesday, Rao said municipal and aided teachers, can now retire at 60 years as the new age limit was added to the GO. “After the consultations with CM, the retirement age was enhanced from 58 years to 60 years,” Ganta revealed.

He said that about 4,000 contract lecturers in Intermediate Board, 400 in degree colleges and 1,000 in polytechnic colleges were given extension as their contract period lapsed on June 30. Rao urged the teachers’ fraternity to focus on imparting quality education rather than focussing on the problems they are facing. He said that his government would act on the issue pertaining to teachers.

On the Pratibha awards, Ganta said that awards would be revised and the number of awards and prize amount would be increased. The awards would be presented to the meritorious students irrespective of their father’s income and course in which they are studying.

Speaking about fee reimbursement, Rao said that students and parents are confused about it. “Government shouldn’t create confusion among students. Andhra Pradesh government is yet to get communiqué from Telangana government. We would react to it once we receive any formal communication.

He urged the Telangana government not to make a controversy over fee reimbursement. “Telangana government cannot take a new stand on nativity as presidential order; mulki rules and national policy are already in place to decide local and non-local status.

Rao said that his government is more than willing to co-operate with Telangana government for smooth flow of admissions process and also on providing quality education.

According to the Minister, the Eamcet counselling is likely to commence from July 10. “As the admissions are done by both states, we have issued a GO and Telangana government is yet to issue the GO. Notification would be released in next few days,” the Minister said.