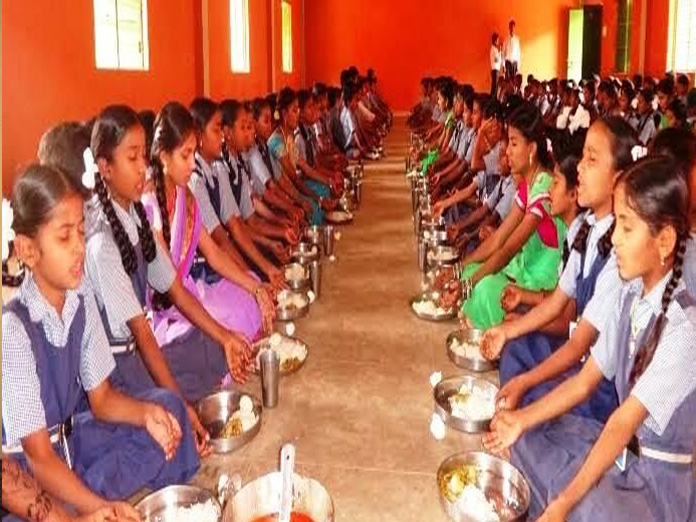 An edible, cheap, watersoluble nutrient pod capable of supplementing 50 midday meals on Friday won the 2018 Infosys nutrition challenge aimed at resolving the problem of malnutrition in India A fivemember team won the innovation challenge for the effective distribution of the nutrient pod to Anganwadi centers for its use in the midday meals Members of the winning team Arunima S, Kesava DK

​Bengaluru: An edible, cheap, water-soluble nutrient pod capable of supplementing 50 mid-day meals on Friday won the 2018 Infosys' nutrition challenge aimed at resolving the problem of malnutrition in India. A five-member team won the innovation challenge for the effective distribution of the nutrient pod to Anganwadi centers for its use in the mid-day meals. Members of the winning team - Arunima S, Kesava DK, Leela J, Prithve S and Sandeep R - collaborated virtually as they were from different cities in India.

The pod is capable of supplementing 50 mid-day meals and is simple to use. The team used this existing product idea and created a smart application and delivery mechanism so it reaches the target audience directly through the wide network of Anganwadis in the country. It can be used as a supplement for mid-day meals and provides one-third of the daily Recommended Dietary Allowance (RDA) doses of iron, zinc, omega-3, folate and calcium.

"The Infosys Science Foundation would like to congratulate the winners of the Nutrition Challenge. One of the primary objective of the challenge was to encourage young people to apply their STEM skills to solving a problem," said Mohandas Pai, Trustee Infosys Science Foundation (ISF). "We chose malnutrition as the topic as it has been one of India's most persistent challenges. We hoped that this would also raise awareness and a sympathetic understanding of the problem among this generation," Pai said.

The ISF announced the results of the Infosys Science Foundation Nutrition Challenge, an innovation challenge that seeks to use STEM (Science, Technology, Engineering and Math) skills to effectively combat malnutrition among expectant mothers and children under the age of five, the ISF said. The winning project is centered around an effective distribution method of a cheap, edible, water-soluble nutrient pod to Anganwadi centers for use in mid-day meals, it said.

The virtual challenge hosted by the ISF and conducted by the New York Academy of Sciences (NYAS) saw over 3,000 students from around the country express their interest in it. The top two winning teams will visit the Indian Space Research Organisation (ISRO) at Sriharikota to witness the launch of a rocket. They will also get a membership to the Junior Academy of the NYAS, the ISF said. Each member of the winning team will receive an education scholarship of Rs 5 lakh, it said.

Participating teams worked with mentors who were experts from the fields of nutrition and STEM. They also leveraged a series of curated learning resources and TEDx-style talks by leading experts. The winners of 2018 were chosen from 20 finalists by a panel consisting of Pai and other researchers.