How yoga can help tackle with climate change Except for the quiet perennial flow of waters in the Rhine every ambience of the city of Bonn has undergone a change over the last two decades. A smaller office of Secretariat of the United Nations Framework on Climate Change (UNFCCC) which began functioning on banks of the Rhine, while coordinating the global efforts to reduce the emissions of Green House Gases (GHGs), has now been expanded to include a multi-storeyed building and is a part of UN Complex. To say that the climate negotiations have become more and more \'complex\' is underwhelming.

Except for the quiet perennial flow of waters in the Rhine every ambience of the city of Bonn has undergone a change over the last two decades. A smaller office of Secretariat of the United Nations Framework on Climate Change (UNFCCC) which began functioning on banks of the Rhine, while coordinating the global efforts to reduce the emissions of Green House Gases (GHGs), has now been expanded to include a multi-storeyed building and is a part of UN Complex. To say that the climate negotiations have become more and more 'complex' is underwhelming. 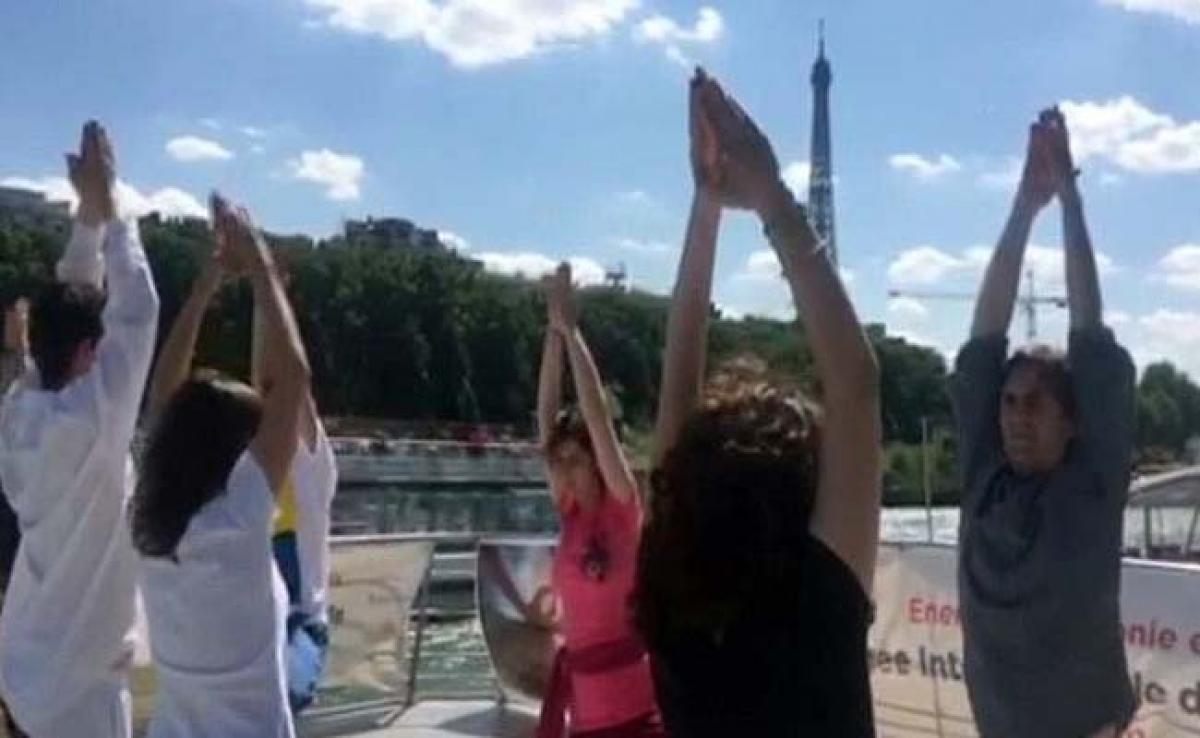 The intricate titles of the global climate meetings concluded there on June 11, called ADP 2-9, SBI-42, SUBSTA-42, prove the point.
It was one of the last three negotiations before the world leaders take their shots in the Paris meeting to seal a new deal on Climate Change in December 2015. Twenty-five weeks from now the countries have to agree on quantifiable, concrete and binding targets of emission reduction of green house gases (GHGs). They will also stamp on the determined actions to adapt to the climate change.
The utter failure in the implementation of the Climate Convention of 1992 that aimed at 'preventing dangerous anthropogenic interference with Earth's climate system' does not augur well while building a new foundation. The Kyoto Protocol of 1997 will come to an end in 2015 without developed countries achieving its goal of reducing the GHGs by five percent from its 1990 levels. The emissions instead have now been nearly 45 percent higher. Complexity and mistrust among negotiators have even increased disproportionately.
The objectives of the negotiations in the Bonn meeting were very clear. First, to carve out from a draft of 'Geneva Negotiating Text', which was developed in Lima last year and updated in Geneva early 2015, into a streamlined and shorter negotiating text for the world leaders to take a final decision on a new 2015 climate agreement at the Paris. The agreement to be reached by December 2015 will enter into force in 2020. Second, to pursue a trail of ambitious targets in emission reductions, financial and technology pledges that were agreed in 2009, as part of the Kyoto Protocol, to enhance pre-2020 action. Overall objective of the new Protocol would be to keep the rise in temperature below 2 deg C as compared to Pre-industrial level.
ADP, short for 'Ad Hoc Working Group on the Durban Platform for Enhanced Action,' is one of the key acronyms that has become the cynosure for climate negotiators and nightmare for the media reporters. This working group is tasked to streamline and consolidate an extremely bulky negotiating text of 86 pages, 103 paragraphs - each having five options in average. In Bonn, 12 groups with two facilitators each and battalions of UNFCCC secretarial staff made gallant efforts in streamlining the text. Unfortunately, at the end, the text was reduced to 85 pages (one page less) with 223 paragraphs (100 added).
To judge the work of ADP by simply reduced numbers of pages and paragraphs will be unfair. It was expected that negotiations would be used as an opportunity to generate mutual trust for the collective actions ahead. There was mixed reaction if such an opportunity was availed. One delegate indicated "Trust will be put to test when real issue of providing financing and climate-friendly technologies to the developing countries would be negotiated. We are not there yet."
"Trust is still in short supply. Past pledges are rusting. Developing countries' request to discuss pre-2020 ambitious targets, as required by ADP, was not admitted by the developed countries. Negotiations on pre-2020 ambitions are fracturing," said one of the negotiators from a developing country.
Though trust among government negotiators was found wanting, the determination and progress made by the 'non-state' actors like civil society, business, sub-national and local governments in side meetings and for last few years and particularly since the Secretary General's New York Summit on Climate Change in September 2014 have been spectacular.
The investments in renewable energy has beaten all the estimates by agencies like the World Bank and reached more than $275 billion last year, amidst a financial crisis. There have been unprecedented moves by pension funds of colleges and universities, cities, sub-national governments like California and other institutions in Europe and the US to divest away from fossil fuel industry. As of September 2014, $50 billion has been divested by more than 500 funds. Pension funds of Oxford University, Edinburgh University, Georgetown University, the insurance company AXA and more, have announced divestment commitments. Crédit Agricole Bank of France is refusing to finance new coal. And campaigns continue to grow at hundreds more institutions around the world. More than 140 communities in Germany are already on '100 percent Renewable energy' supply. Many more cities are pledged for such targets.
Climate negotiators in Bonn appeared to be out of pace with happenings around them. And now even Pope Francis has appealed to all to combat climate change on moral grounds. Pressure on state-negotiators is building due to two reasons: just about 25 weeks are remaining for the finish line for new legally binding treaty. Second, with or without state negotiators, the non-state actors are racing ahead leaving behind archaic negotiating issues.
As one delegate suggested, state negotiators need to regularly perform yoga for developing a mindset for building a mutual trust. Prime Minister Narendra Modi at the United Nations last year had said, "Yoga embodies unity of mind and body. By changing our lifestyle and creating consciousness, it can help us deal with climate change."
(An IIT alumnus and chairman TERRE Policy Centre, Rajendra Shende is a former director of UNEP. The views expressed are personal. He can be contacted at shenderajendra@gmail.com)
Show Full Article
Email ArticlePrint Article
More On
Subscribe
Subscribed Failed...
Subscribed Successfully...