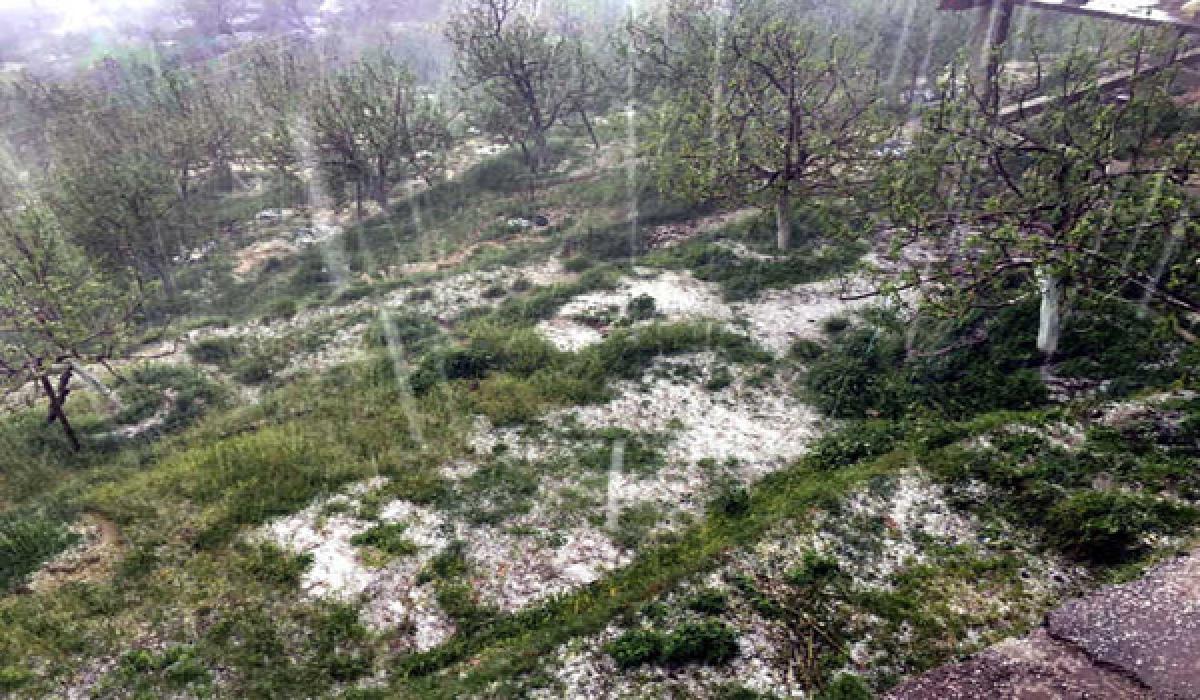 Small and less succulent, the apples from Himachal Pradesh this year have been quite a disappointment. Experts, however, say that things will change for the better after the mid-September harvest. \"This time there was widespread and abnormally high damage to all stone fruit crops (apricots, peaches, etc.), as well as the apple, because of hailstorms in April and May when the fruit was in the devel

Shimla:Small and less succulent, the apples from Himachal Pradesh this year have been quite a disappointment. Experts, however, say that things will change for the better after the mid-September harvest.

"This time there was widespread and abnormally high damage to all stone fruit crops (apricots, peaches, etc.), as well as the apple, because of hailstorms in April and May when the fruit was in the development stage," S.P. Bhardwaj, a former Joint Director at the Y.S. Parmar University of Horticulture and Forestry, told IANS.

The damage, he said, was widely reported from the mid-hills of Shimla, Kullu and Mandi districts. "The damage slowed down the fruit's growth and development. A lean winter and less rainfall during the monsoon, too, affected the crop," he said.

But the impact was lesser for orchards in the higher ranges that were unaffected by the hailstorms and where harvesting takes place only by mid-September.

Reports from the field say prominent mid-hills apple belts in Kotkhai, Balsan, Kiari, Chirgaon, Maroag, and Rohru in Shimla district, Karsog, Churag and Seri in Mandi district and Ani and Dalash in Kullu district were badly hit by the hail.

According to Bhardwaj, the plant first repairs its own damage and only then helps the fruit to attain its true size (the average apple weighs between 180 and 225 grams). This is the reason for the undersized, less-juicy fruit -- not quite the apple of the consumer's eye.

Add to this the 50 to 60 per cent crop deficit this time, and you know why the business has not been great so far.

There is good news round the corner, though. The harvesting of crops in the apple orchards in the higher reaches is yet to happen and the fruit here -- at altitudes above 8,000 feet -- is healthy and still ripening.

"The harvesting in the high reaches will begin by September 15. There is no damage to the crop here by the hail," said Sanjeev Khimta, an apple farmer from Thanedar in Shimla district.

The delicious variety of apples from Kinnaur district, known for their natural sweetness, colour and succulence, will hit the markets in mid-October.

Estimates by the horticulture department say that this season, the overall production of apples in the state is likely to be 50 to 60 per cent less than the last season's bumper production of 755,000 tonnes or 37.5 million boxes of 20 kg each.

Himachal Pradesh is one of India's major apple-producing regions, with more than 90 per cent of the produce going to the domestic market. Apples alone constitute 89 per cent of the state's fruit economy of Rs 3,500 crore ($520 million).

But a beaming Horticulture Minister Vidya Stokes, a prominent apple grower herself, said the farmers are getting record prices.

"The growers are in the habit of plucking the fruit early to get higher rates. Though the production is less this time, our farmers are getting 20 to 25 per cent higher prices compared to the previous years," she said.

Horticulture department officials say that till date, over three million boxes of apples have been sold.

Besides apples, other fruits like pears, peaches, cherries, apricots, kiwis, strawberries, olives and plums are the state's major commercial crops, as also almonds.