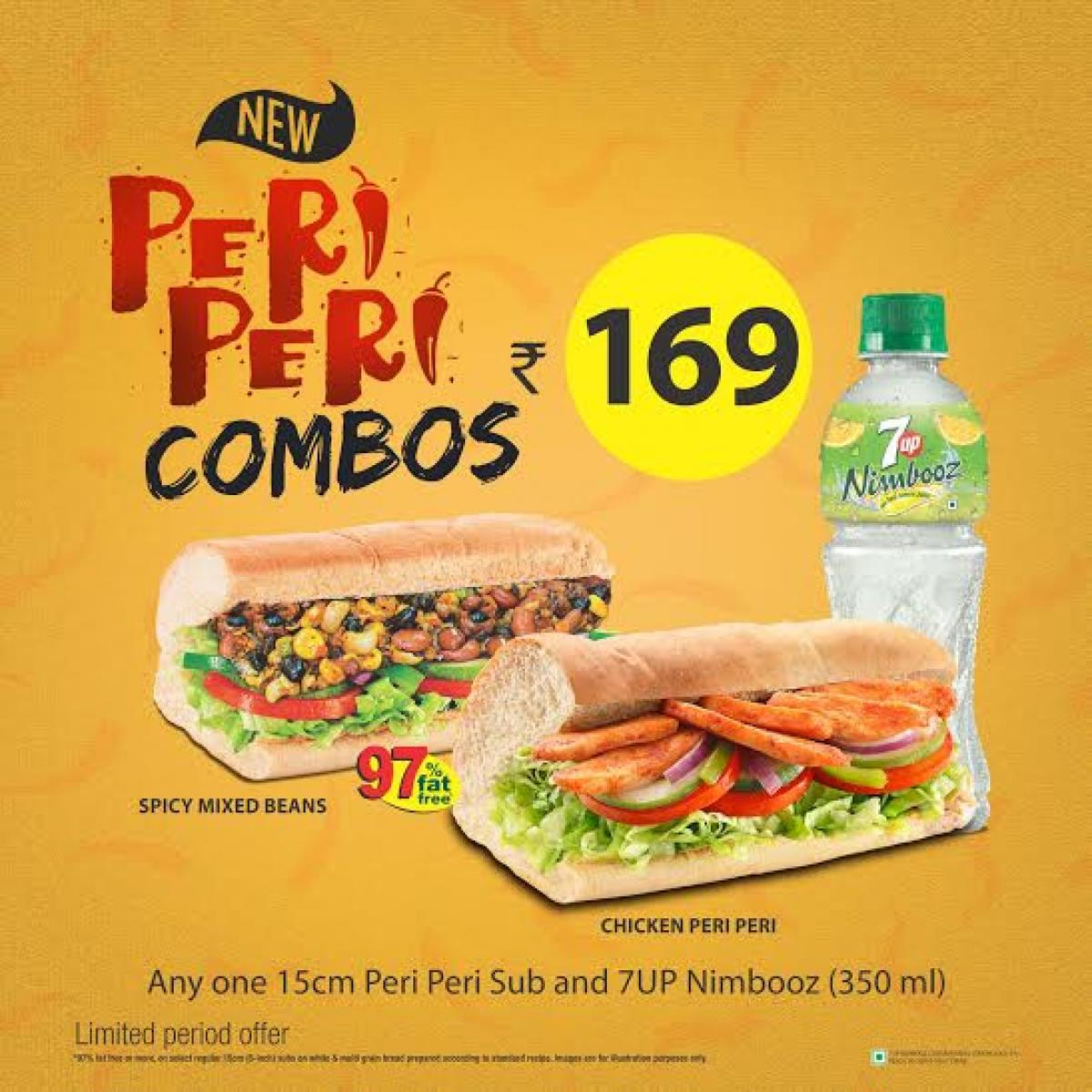 India has introduced two limited edition low-fat submarine sandwiches (subs) in a new flavour for its customers to indulge in, this rainy season....

India has introduced two limited edition low-fat submarine sandwiches (subs) in a new flavour for its customers to indulge in, this rainy season. Seasoned with Africa’s hottest chilli – Peri Peri, SUBWAY®’s Chicken Peri Peri sub and Spicy Mixed Beans sub would be available for Rs 139 (taxes extra) across all SUBWAY® restaurants in the country, for a limited period only.

The combo offer comprising any one of the two SUBWAY® Peri Peri subs and a 7UP Nimbooz can be availed across all SUBWAY® restaurants for Rs 169 (Taxes extra).

The promotion is being supported by 360 degree marketing campaign comprising in-store collaterals, television commercial (https://www.youtube.com/watch?v=Pq-v7atactE&feature=youtu.be), print advertisements, radio spots, digital and social mediums. “Through these exotically flavoured subs we want to underscore our promise of indulging our customers with interesting innovations to SUBWAY’s established food format. The positive customer feedback that we have received to such additions in the past also encourages us to keep exploring and introducing international flavours that pair well with the Indian palate,” added Mr Pandey.

SUBWAY® is globally known for providing its customers with extensive menu choices built around freshness, taste and health. The customization option that SUBWAY® provides its customers with is another differentiator that makes the brand popular among customers. In India for instance, 50 per cent of SUBWAY®’s menu offerings are vegetarian.

SUBWAY® which celebrated its 50th anniversary in August 2015 presently operates 560 plus restaurants across more than 70 Indian cities. Its expansion plans include entering new markets like Aligarh, Ambala, Guntur, Rohtak and Vijayawada among others.