TDP Chief Naidu Busy Sorting out Bickering, The rumblings in TDP seem to be growing louder by the day. The party president who wanted to go aggressive with his campaign in Telangana and Seemandhra region seems to be getting busy sorting out the differences that had cropped up not only between the TDP and BJP but also in resolving the internal bickering.

The rumblings in TDP seem to be growing louder by the day. The party president who wanted to go aggressive with his campaign in Telangana and Seemandhra region seems to be getting busy sorting out the differences that had cropped up not only between the TDP and BJP but also in resolving the internal bickering. The party which was hoping to improve its position in Kadapa district and roped in D L Ravindra Reddy got a jolt as the former Congress leader has decided to stage go back to the Congress party. Ravindra Reddy has been a loyal Congress leader for about three decades and had won from Mydukur assembly constituency six times. Reddy has been sulking after he was sacked by the former chief minister N Kiran Kumar Reddy and after the T bill was passed by Parliament, he decided to quit the Congress party. He recently joined the TDP and even campaigned for the victory of the TDP candidates in the municipal elections. 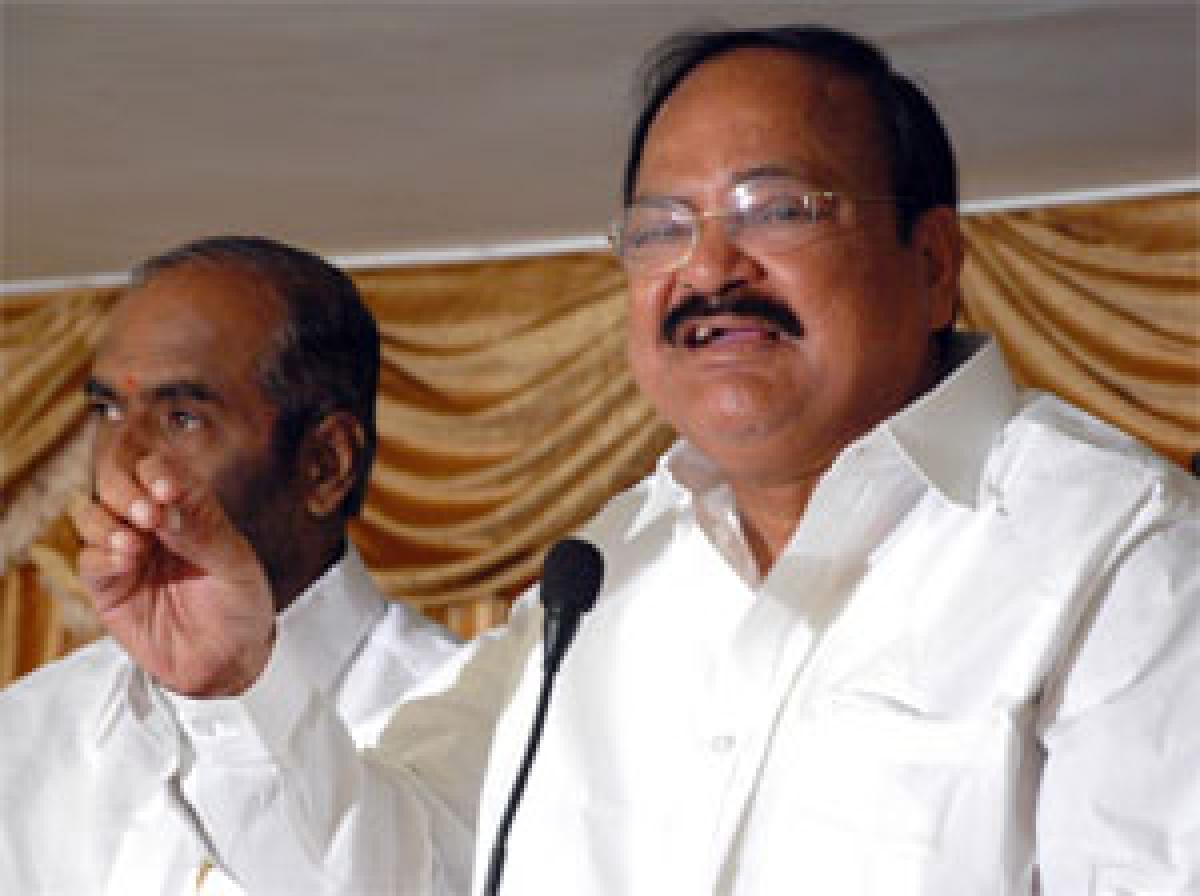 He was expecting that the TDP chief N Chandrababu Naidu would give him a ticket for Kadapa Lok Sabha seat. But as Naidu announced the name of Srinivasulu Reddy, DL felt unhappy. Sensing the issue, the APCC president N Raghuveera Reddy is understood to have taken the initiative on the advice of the party high command and had invited him back into the party fold. The AICC general secretary in charge of state affairs is also learnt to have spoken to him over phone. Following this, Reddy went to Delhi on Sunday and later told his cadre that he had decided to continue with the Congress party. The Congress party in return has agreed to give ticket to his wife Subhadramma from Mydukur constituency. It is also said that DL is likely to be fielded from Kadapa Lok Sabha seat. On the other two Congress MLAs Chintalapudi Venkatramaiah (Gajuwaka) and U Venkata Ramanamurthy Raju alias Kannababu (Yalamanchaili) who recently joined TDP from Congress along with Ganta Srinivasa Rao too are unhappy with Naidu as they have not been given party tickets to contest the elections. Naidu is also facing trouble in regard to Tirupati assembly seat. Some of the followers of former MLA Chadalawada Krishna Murthy staged sit-in in front of the residence of the TDP chief demanding that Murty be fielded from Tirupati. Naidu pacified them saying that he would consider accommodating Murty into the council. TDP rank and file from Prakasam district met Naidu and asked him not to concede Santanuthalapadu assembly seat to BJP. However, the TDP is learnt to have finally convinced BJP to accept Visakhapatnam, Rajampet, Narsapuram and Tirupati Lok Sabha seats and leave Vijayawada to them.