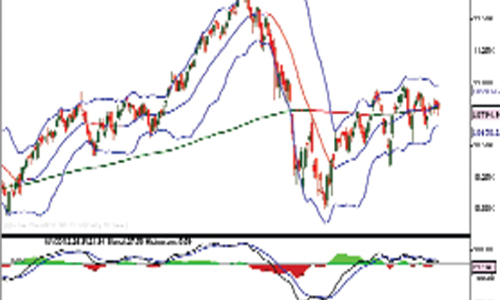 The Indian stock market traded in narrow range last week However, it ended with a positive note On a weekly basis, Nifty gained 6760 points, and the Sensex rose by 31474 points The Midcap and Smallcap indices remained flat

The Indian stock market traded in narrow range last week. However, it ended with a positive note. On a weekly basis, Nifty gained 67.60 points, and the Sensex rose by 314.74 points. The Midcap and Smallcap indices remained flat. The week started and traded with positive for first two days and closed with a positive note on weekly basis. The indecisiveness still continues as there is no positive trigger.

The results season kicked off with IndusInd Bank and initial results of the season are in a disappointing note. Next week, index heavyweights like Reliance Industries, Hindustan Unilever, Wipro, HDFC Bank and Zee will declare their Q3 results. The earnings are going to be crucial for the market to take a decisive direction. The crude is moving up again as supply concerns are growing. The rupee is losing its steam.

Technically, the Nifty closed below 200 DMA again after lingering around it. It became flat as the price is not moving in either direction. The index formed another bearish candle consecutively for the fourth week, almost a Doji, which shows indecisiveness.

These levels are crucial for bulls to dominate the market. The bears are successful if Nifty keeps below 10,815 and 10,750. The other indicator, Bollinger Bands, generated based on the last 20 days volatility, is narrowing and the price is below its neckline.

This is an early signal of an expected reversal in a trend. The other theory is that, if the price is moving in sideways for a longer period, any decisive breakout will lead to a sharp and higher move.

The market remains in an uptrend under pressure condition. If it adds another one or two distribution days, it will turn down to clear downtrend. The major indicator is suggesting that the probability of breaking downside is higher. In these conditions, investors should go ahead with caution unless a stock shows exceptional earnings growth and a higher degree of technical strength.