What is bad bank? 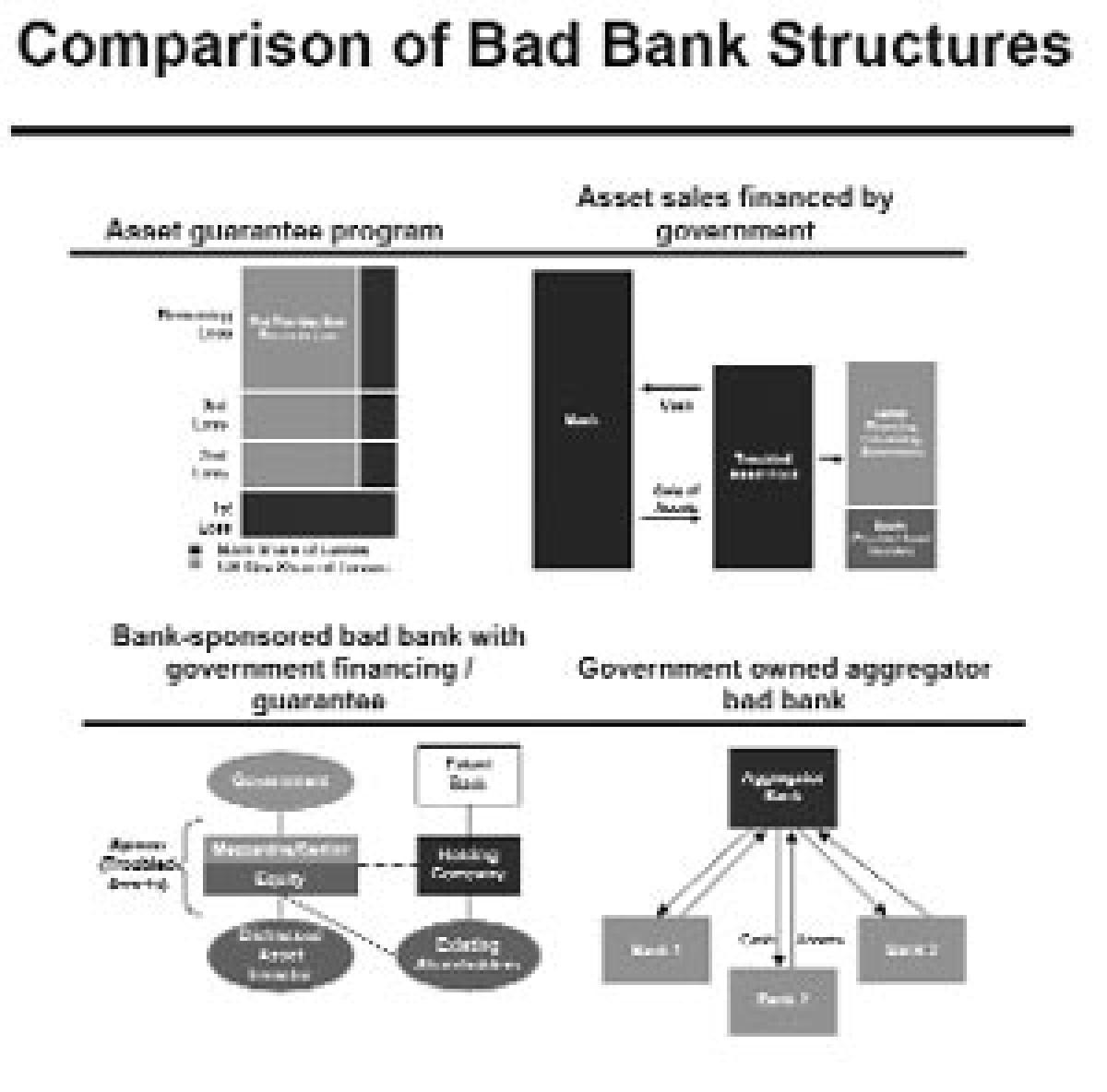 Concerned over the “stressed financial conditions” in the telecom sector, the Reserve Bank of India (RBI) has ordered the boards of banks to review the telecom sector loans and consider making provisions for standard assets in this sector at higher rates.

Concerned over the “stressed financial conditions” in the telecom sector, the Reserve Bank of India (RBI) has ordered the boards of banks to review the telecom sector loans and consider making provisions for standard assets in this sector at higher rates.

The RBI directive to banks on telecom sector loans has come at a time when competition has hot up in the segment and there were reports of stress from the companies. The telecom operators, according to an Assocham-KPMG study, have an accumulated debt of around Rs 3,80,000 crore.

Kohlberg Kravis Roberts & Co thinks India should go for a bad bank to deal with bad assets in banks A bad bank is set up to buy bad loans of a bank with significant non-performing assets at market price. By transferring the bad assets of an institution to the bad bank, the banks clear their balance sheet of toxic assets but would be forced to take write downs.

Shareholders and bondholders stand to lose money from this solution (but not depositors). Banks that become insolvent as a result of the process can be recapitalized, nationalized or liquidated, according to Investopedia.

Critics of bad banks argue that the prospect that the state will take over non-performing loans encourages banks to take undue risks, which they otherwise would not, i.e. a moral hazard in risk-taking. Another criticism is that the option of handing the loan over to the bad bank becomes essentially a subsidy on corporate bankruptcy.

Instead of developing a company that is temporarily unable to pay, the bondholder is given an incentive to sue for bankruptcy immediately, which makes it eligible for sale to a bad bank. Thus, it can become a subsidy for banks on the expense of small businesses.