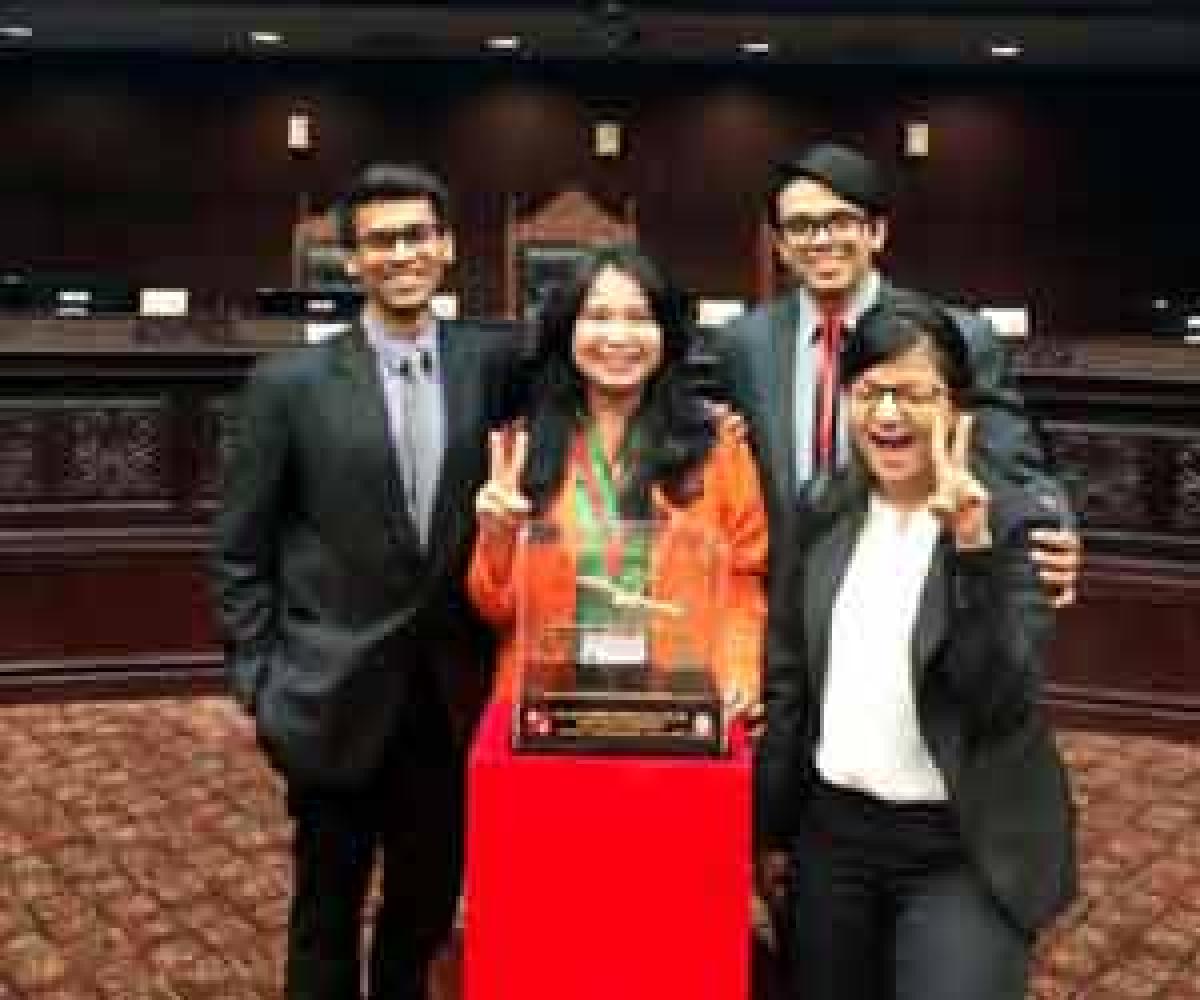 The International round of 7th edition of Leiden Sarin’s International Air Law Moot Court Competition, 2016 was held in Jakarta, Indonesia from April 8 to 10.

The International round of 7th edition of Leiden Sarin’s International Air Law Moot Court Competition, 2016 was held in Jakarta, Indonesia from April 8 to 10.

A Mock Court Competition, that requires students in teams of three from different law schools, compete against one another by presenting their arguments based on a fictional problem.

The teams are required to prepare written memorials on behalf of both parties and then present oral arguments before a bench of judges as they would in a real life courtroom.

This year’s competition saw participation by 23 teams from all over the world representing their respective countries having won their national competitions.

This year’s moot problem was based around the legal issues surrounding a situation similar to that of the downing of Flight MH-17 over Crimea last year. The parties were required to present their dispute before the International Court of Justice.

The teams got to argue before a bench of three experts in international civil aviation law. They defeated the team from National University of Singapore in the final of International round.