New self powered smart skin to give robots sense of touch 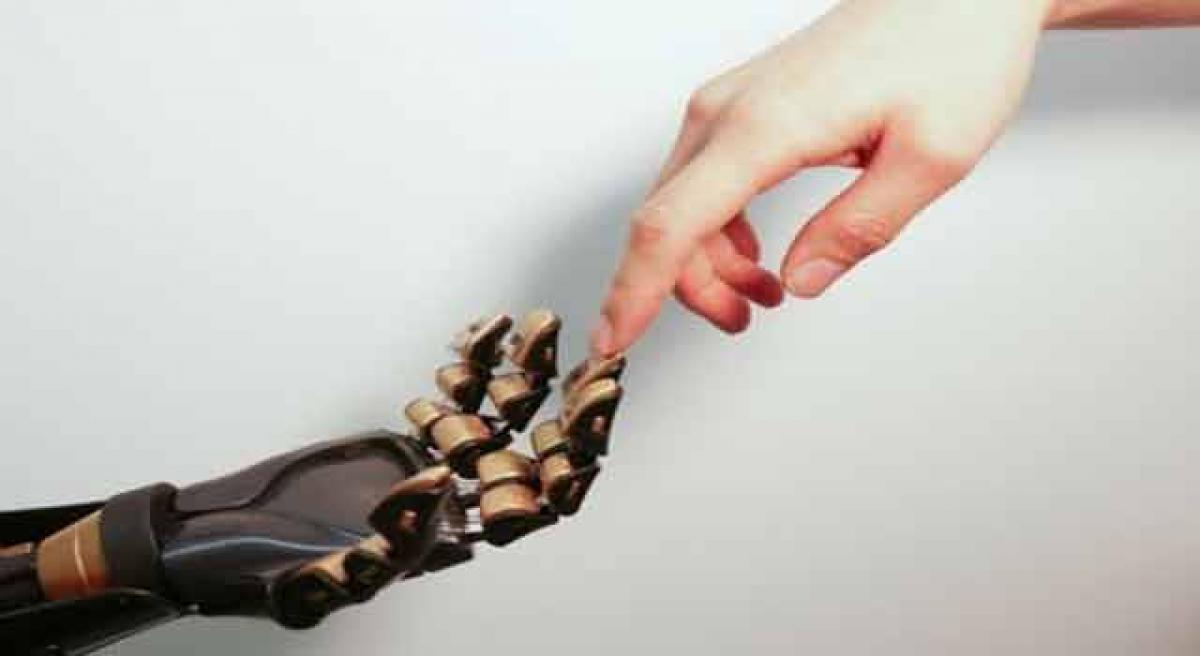 Scientists have developed a self-powered, transparent smart skin that will allow robots to touch and sense objects around them.

​Beijing: Scientists have developed a self-powered, transparent smart skin that will allow robots to touch and sense objects around them.

Endowing robots and prosthetics with a human-like sense of touch could dramatically advance these technologies. Scientists have come up with various smart skins to layer onto devices. However, boosting their sensitivity has involved increasing the numbers of electrodes, depending on the size of the skin.

This leads to a rise in costs. Other systems require external batteries and wires to operate, which adds to their bulk. The researchers from Peking University in China created a smart skin out of ultra-thin plastic films and just four electrodes made from silver nanowires.

Other prototypes contain up to 36 electrodes. Additionally, one component harvests mechanical energy - for example, from the movement of a prosthetic hand's fingers - and turns it into an electric current. Therefore, the skin would not need an external power source.

Testing showed that the skin was highly sensitive. It could "feel" a honeybee as it flew towards and away from the device. It also demonstrated electrical stability, maintaining the same level of output over 30,000 cycles.