Salary in mfg segment better than many others 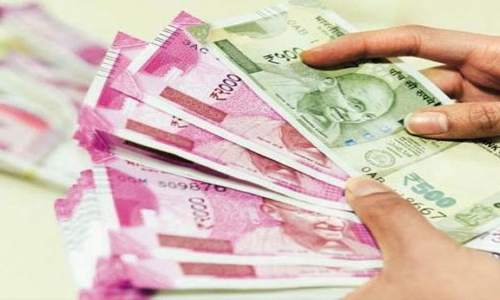 Manufacturing has been the second highestearning sector in India in 2017 and remained the only other sector besides IT that paid median gross salary...

The median gross salary in the manufacturing sector in 2017, at Rs 230.9 per hour, is 5.2 per cent more than the overall median gross salary of the country, which is Rs 219.4 per hour, it added. The report is based on the WageIndicator dataset covering the period of three years, from January 2015 to December 2017, of 20,994 respondents. In addition to the manufacturing sector, the report studied construction and technical consultancy, education, research, healthcare, caring services and social work, legal and market consultancy and transport, logistics and communication sectors.

The report observed that IT sector paid median wage at Rs 317.6 per hour, the highest among all monitored sectors, but 17.8 per cent less than the last year. This is one of the reasons why more than half (51 per cent) were not satisfied with their jobs, it said. Some other aspects contributing to job dissatisfaction were commuting time, work-life balance and working hours. Interestingly, employees in the IT sector are most satisfied with their relationships at work.

"As industry 4.0 continues to gain wider acceptance and reshapes the manufacturing industry, India is well positioned to become one of the largest manufacturing economies in the world. The momentum is mirrored by the increased median gross hourly wage recorded for the manufacturing sector in the MSI," Monster.com, APAC and Gulf, CEO Abhijeet Mukherjee said. He said, there are already clear signs of green shoots sprouting in pockets of local manufacturing in sectors as diverse as steel, auto, chemicals and energy and this is also reflected in the 60 per cent year-on-year growth in online hiring in the production and manufacturing sector till July 2018, as reported by Monster Employment Index.

Further, he said, the advent of automation and AI has brought about some uncertainty, but job creation is expected to continue with an impetus on upskilling and re-skilling the current workforce. "The IT and BFSI sectors have shown a correction in wages and it isn't surprising that pay satisfaction is low with only over 40 per cent of employees satisfied with their salaries. While these sectors have shown an upward trend in hiring activity as per Monster Employment Index, companies could consider relooking at salaries in these sectors to boost employee satisfaction," he added.