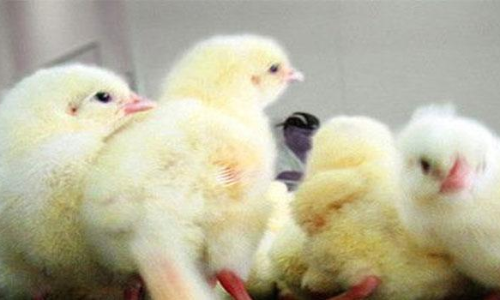 The issue of illegal killings of unwanted chickens at breeding farms has come to the fore once again The Hyderabad High Court issued notices to both the Telugu states on November 20, and the hearing of the case is scheduled on December 18

Hyderabad: The issue of illegal killings of unwanted chickens at breeding farms has come to the fore once again. The Hyderabad High Court issued notices to both the Telugu states on November 20, and the hearing of the case is scheduled on December 18.

People for the Ethical Treatment of Animals (PETA) filed a Public Interest Litigation (PIL) requesting the High Court to show direction toward resolving the issue of illegal killings of newly hatched male chickens that are of no economic value to the breeding farms. As of now, there are no rules on the process of sacrificing unwanted male chickens.

According to Nikunj Sharma, lead of public policy at PETA, there are humane ways of killing unwanted chickens. Currently, farms use different methods, including drowning chickens in soapy waters or burning. However, the use of inert gases can help in painless deaths. A mixture of carbon monoxide and neon can kill unwanted chickens in sleep, he added.

WHERE THERE IS WILL…

According to the federation, nearly 35 to 40 lakh chickens are hatched per month for the commercial farms of the layer industry in Telangana. Out of these, the unwanted male chickens are of no use to the industry and they are usually sacrificed.

“With the help of technology, there are ways to know the sex of the chickens to be hatched at the stage of egg embryo only. The industry can invest on the technology to save time and energy in dealing with the unwanted male chickens. Sexing procedures like In-ovo Sexing will help finding the sex before the eggs are hatched in incubators,” he added.

However, according to KG Anand, general manager at Venkateshwara Hatcheries, using the technology is not practically viable for the industry. “We are adopting the procedures followed by the developed countries. However, we will abide by any rules that the government frames on the procedures of dealing with unwanted male chickens,” Anand added.

Animal Welfare Board and the Pollution Control Board have to act to regulate the poultry industry, said Jai Simha, managing director at Humane Society of India (HSI). There is also a structural problem, he said, and added that Animal Welfare Board is under the Department of Animal Husbandry, which is responsible for livestock production.

Based on the findings of an investigation on illegal killings of unwanted chickens conducted by Anonymous for Animal Rights in 2016 in and around Hyderabad, PETA filed a PIL at the Hyderabad High Court. According to Anand, unwanted male chickens are sold off and culls are the only ones that are physically disabled. They are of small percentage, he added.