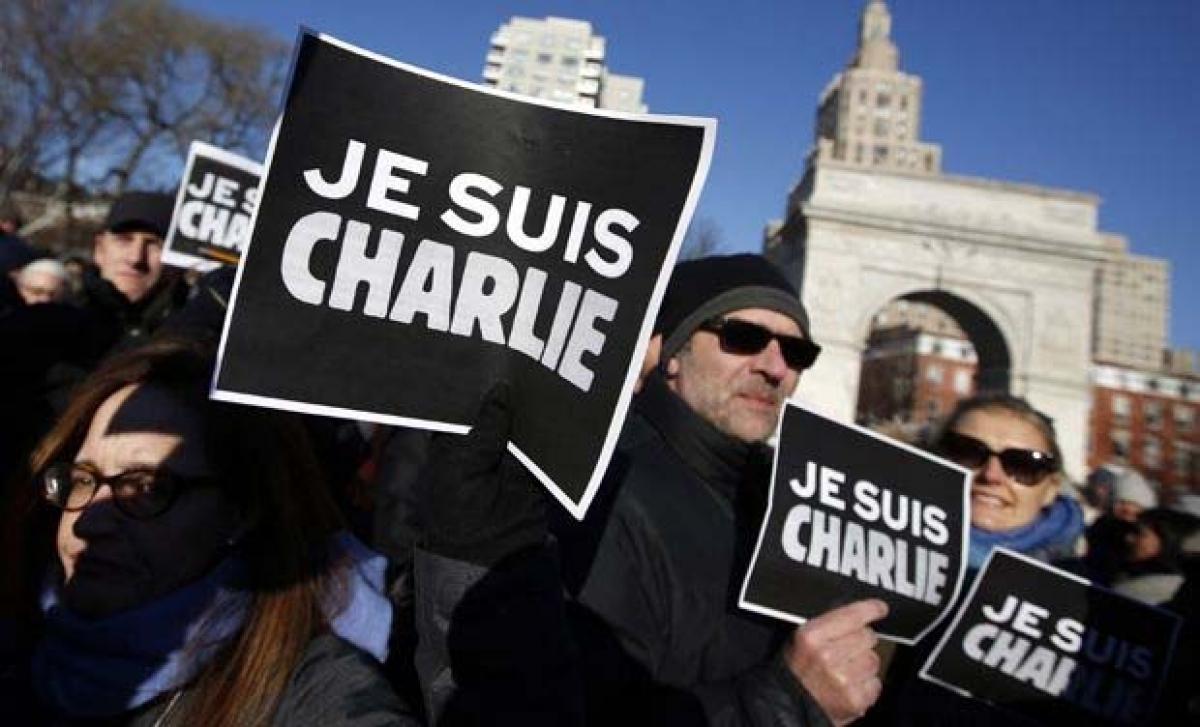 Two journalists are leaving Charlie Hebdo, the satirical French newspaper whose staff was decimated in a January terror massacre. Artistic director Luz had said in May that he planned to end his career as a Charlie Hebdo cartoonist.

Two journalists are leaving Charlie Hebdo, the satirical French newspaper whose staff was decimated in a January terror massacre. Artistic director Luz had said in May that he planned to end his career as a Charlie Hebdo cartoonist. In this week's issue, he made known that next week would be his last. Writer Patrick Pelloux said in an interview today he was also leaving, "probably" in January.
Charlie Hebdo mocked religions, including Islam. Luz drew the cover cartoon, saying "All is forgiven" in the issue following the January 7 attack by Islamic extremists on the paper, which left 12 people dead.
A second attack two days later on a Kosher grocery store in Paris killed five others. All three gunmen died in clashes with police.
"If I've decided to stop writing it's because ... something has ended," Pelloux told the student radio station Web7Radio. "You have to know how to turn the page one day."
He said those who escaped the massacre are not real survivors because "a part of us ended with these attacks."
The paper ignited another uproar recently with a cartoon depicting 3-year-old Syrian migrant Aylan Kurdi, whose body washed up on a Turkish beach, and a sign "So near the goal" with McDonald's arches and the Ronald McDonald clown.
Luz responded to the uproar in the paper's latest edition, saying the cartoon by Riss aimed to mock "our liberal and hypocritical society," which needed a photo of a dead boy to become aware of the migrants' plight.
Sales of the irreverent paper rose dramatically after the January attack. But staff member Zineb el-Rhazoui told the iTele TV channel today the latest departures are a sign of a "malaise" at Charlie Hebdo.
Show Full Article
Email ArticlePrint Article
More On
Interested in blogging for thehansindia.com? We will be happy to have you on board as a blogger.