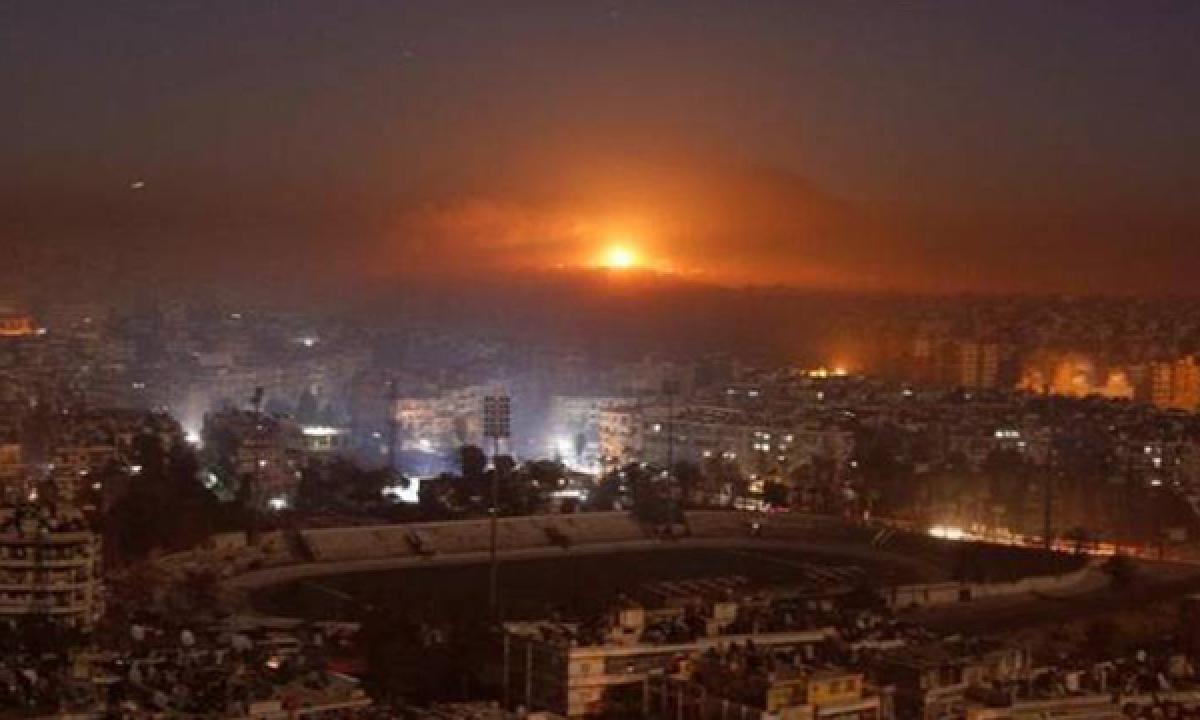 The Syrian army and its allies captured Sheikh Saeed district in Aleppo in overnight fighting, a war monitor and a Syrian official said early on...

The Syrian army and its allies captured Sheikh Saeed district in Aleppo in overnight fighting, a war monitor and a Syrian official said early on Monday, amid the most intense bombardment in days, leaving insurgents in only a tiny pocket of the city.

Sheikh Saeed lies in the south of the rebels' east Aleppo enclave, which has shrunk by more than three quarters in two weeks of government advances. It has been the site of intense fighting for days as insurgents tried to resist an army attack.

Rebel groups in Aleppo received a US-Russian proposal on Sunday for a withdrawal of fighters and civilians from the city's opposition areas, but Moscow said no agreement had been reached yet in talks in Geneva to resolve the crisis.

Syrian President Bashar al-Assad now stands ready to take back full control of Aleppo, which was Syria's most populous city before the war and would constitute his greatest prize so far after nearly six years of conflict. But although Aleppo's fall would deal a stunning blow to rebels trying to knock Assad from power, he would still be far from restoring control across Syria.

Swathes of the country remain in rebel hands, and on Sunday Islamic State (ISIS) retook Palmyra. "The bombardment did not stop for a moment overnight," said a journalist in the government-held zone of the city, describing it as the most intense for days.

Tens of thousands of civilians remain in rebel-held areas, the Syrian Observatory for Human Rights, a Britain-based war monitor, said on Sunday, hemmed in by ever-changing front lines, pounded by air strikes and shelling and without basic supplies.

The Observatory reported that Sheikh Saeed had fallen to the army in fighting on Sunday night and early on Monday. The Syrian army is backed by Russian war planes and Shi'ite militias supported by Iran.

A correspondent for Syria's official SANA news agency said the army had taken control of Sheikh Saeed, and more than 3,500 people left at dawn.

A Syrian official told Reuters: "We managed to take full control of the Sheikh Saeed district. This area is very important because it facilitates access to al-Amariya and allows us to secure a greater part of the Aleppo-Ramousah road," referring to the main entry point to the city from the south.

Russia's Defence Ministry said on Monday that 728 Syrian rebels had laid down their weapons over the previous 24 hours and relocated to western Aleppo. The Defence Ministry also said that 13,346 civilians left rebel-controlled districts of Aleppo over the same period.