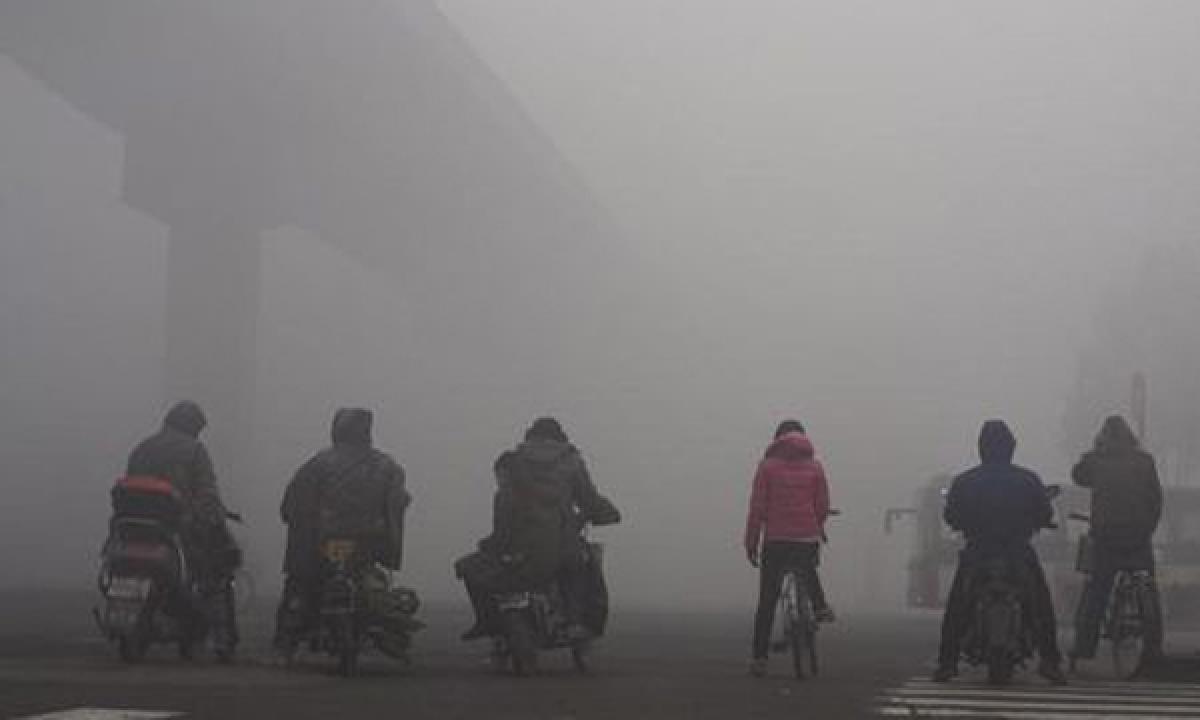 Concentrations of airborne pollutants in a major northern Chinese city exceeded a World Health Organisation (WHO) guideline by 100 times on Monday as north China battled with poor air quality for the third straight day.

In Shijiazhuang, capital of northern Hebei province, levels of PM 2.5, fine particulate matter, soared to 1,000 micrograms per cubic metre, state-run Xinhua News Agency reported on Monday. That compares with a WHO guideline of an annual average of no more than 10 micrograms.

In nearby Tianjin city, authorities grounded dozens of flights for the second day and closed all highways after severe smog blanketed the port city, one of more than 40 in China's northeast to issue pollution warnings. PM 2.5 levels hit 334 micrograms per cubic metre in Tianjin as of 4 p.m. local time, according to local environmental protection authorities.

In Beijing, PM 2.5 levels were at 212 micrograms per cubic metre. On Saturday, 22 cities issued red alerts, including top steelmaking city Tangshan city in Hebei and Jinan in coal-rich Shandong province. A red alert is the highest possible air pollution warning.

Red alerts are issued when the Air Quality Index (AQI) is forecast to exceed 200 for more than four days in succession, 300 for more than two days or 500 for at least 24 hours. The AQI is a different measure from the PM 2.5 gauge.

Pollution alerts have become increasingly common in China's northern industrial heartland, especially during winter when energy demand - much of it met by coal - skyrockets. AQI readings at some monitoring stations in seven cities in Hebei peaked above 400 on Monday, with Shijiazhuang and two other cities breaking above the 500 limit, Xinhua said. Anything above 300 is considered hazardous by the US Environmental Protection Agency.

The National Meteorological Centre warned on Monday on its microblog that this round of pollution is expected to affect 10 provinces, along with the municipalities of Beijing and Tianjin, hitting as far south as Jiangsu and Anhui.