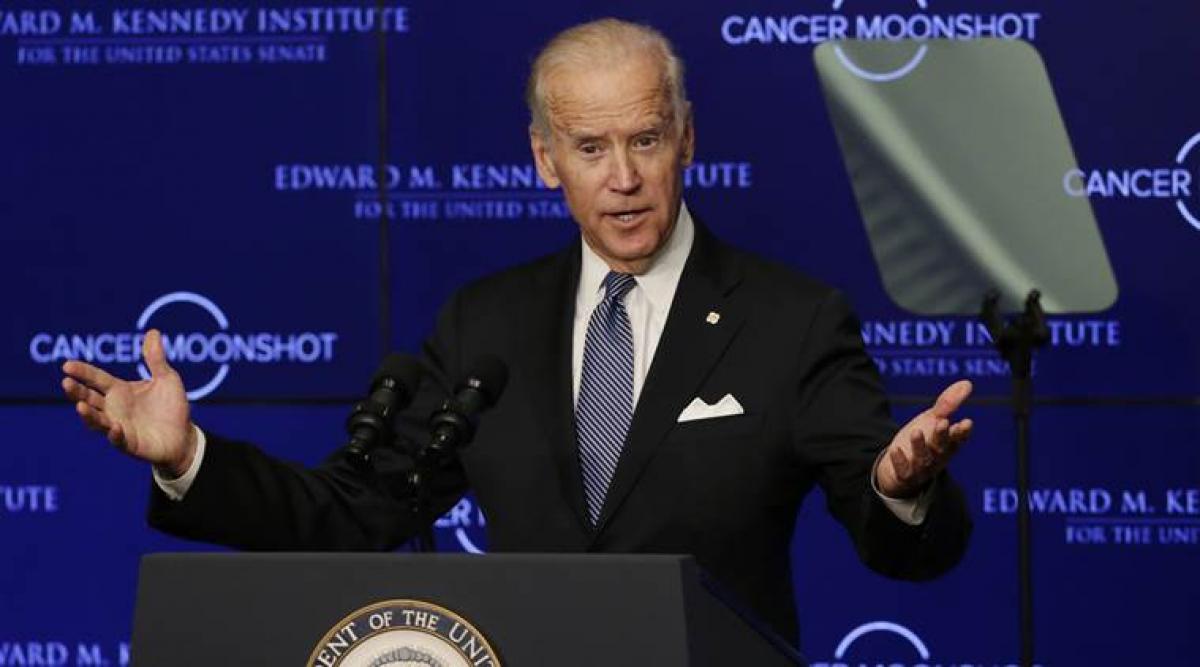 US Vice President Joe Biden has singled out Pakistan along with Russia and North Korea and others for making counterproductive moves that only increased the risk that nuclear weapons could be used in a regional conflict.

Working with the Congress, the next administration will have to navigate these dangers and continue leading the global consensus to reduce the role of nuclear weapons in our world, Biden said a week before the end of eight years of the Obama administration.

"Even one nuclear bomb can still cause hideous damage. That's why, from the moment President Obama and I took office eight years ago, reducing the threat of a nuclear attack has been a chief national security priority," he said adding that thanks to America's leadership, the international community is newly focused on preventing nuclear terrorism.

"We know that terrorists have both the capacity and the goal of transforming nuclear materials into weapons to sow havoc. And we know that no nation acting alone can defeat this threat," he said.

Referring to the series of steps taken by the Obama administration in last eight years, Biden said these efforts have reduced the supply of nuclear weapons-usable material.

"And we've not only stepped up the physical protection of facilities where nuclear materials are stored we've greatly improved our ability to detect and seize unregulated nuclear and radiological materials being smuggled in secret," he said.

Biden said as North Korea's nuclear and ballistic missile capabilities continue to expand, it poses a growing threat to international security and our own national defence. Nuclear weapons, the proliferation of this deadly knowledge to more nations, and the possibility of a terrorist obtaining nuclear materials, remain among the most pressing security challenges, he said.

"That's why we've been so vigilant in keeping the international community united to raise the costs on North Korea for its flagrant violations of nuclear norms," he said.

"Just last year, in response to two illegal nuclear tests by North Korea, the United Nations Security Council- including China and Russia-unanimously adopted two resolutions imposing the most far-reaching and comprehensive sanctions on North Korea to date," he said and called for enforcing these sanctions to ensure North Korea understands that we will continue to impose costs for their illegal behaviour.

"North Korea's growing capability is one of the most significant challenges the next administration will face.

There are no simple solutions. But any viable path forward must include standing with our Asian allies to send a clear message to Pyongyang: Attempts at coercion or intimidation will fail," Biden said.

Security and international respect cannot be attained through illegal weapons. And as long as that is the choice North Korea's leaders continue to make, their country will remain economically isolated and an international pariah, he said.