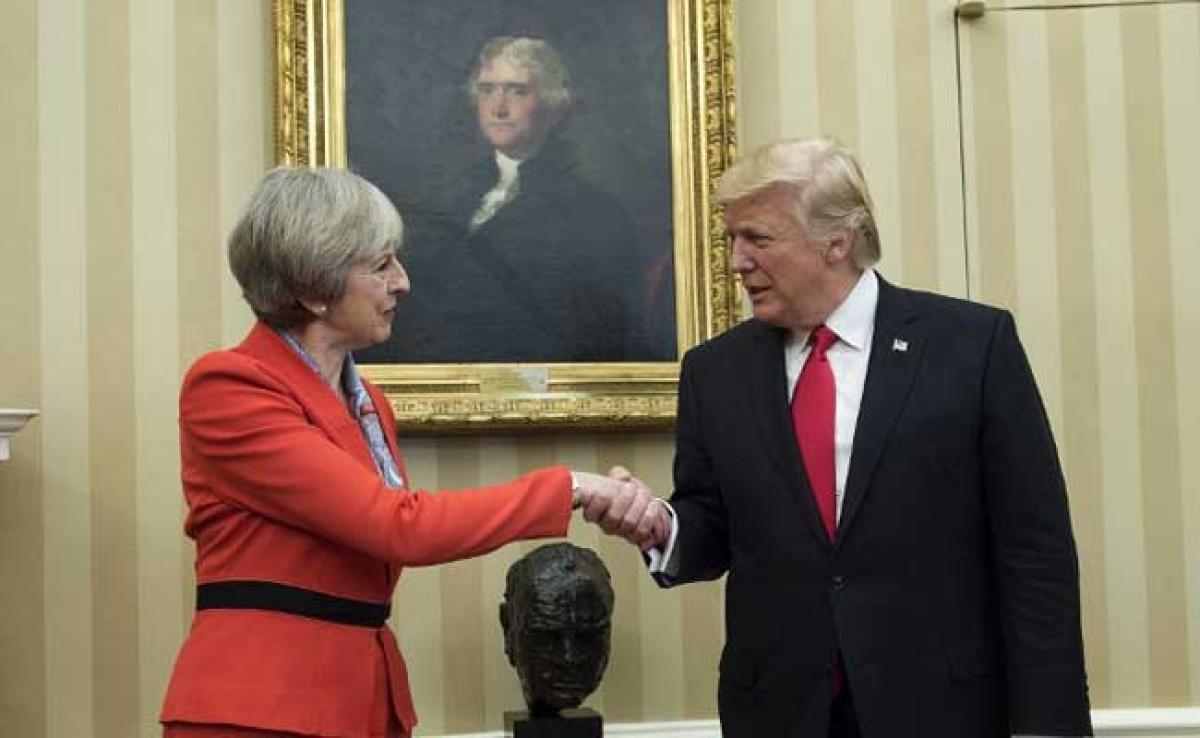 Fresh from talks with US President Donald Trump, British Prime Minister Theresa May will meet Turkish leaders in Ankara Saturday, hoping to expand ties and seal a new trading relationship before Britain leaves the EU.

Fresh from talks with US President Donald Trump, British Prime Minister Theresa May will meet Turkish leaders in Ankara Saturday, hoping to expand ties and seal a new trading relationship before Britain leaves the EU.

On a one-day visit to the Turkish capital, her first since becoming premier, Ms May will hold talks with President Recep Tayyip Erdogan and Prime Minister Binali Yildirim.

While some EU states have been wary of sending top officials to Turkey following the July 15 failed coup and ensuing crackdown, Ms May will follow several senior British ministers who have visited Ankara in recent weeks.

Symbolically, her visit to Turkey is the last leg of a trip which took her to the White House as the first foreign leader to be hosted by Mr Trump.

Turkey, which has sought to join the European Union since the 1960s, has long seen Britain as one of the most enthusiastic supporters of its troubled bid.

But following Britain's June vote to leave the bloc, both sides are now looking to bring a new dynamic to relations, with London seeking to firm up post-Brexit trade deals with non-EU states.

Ms May's spokeswoman said increased security cooperation, especially on aviation, and a new trade relationship post-Brexit would top the agenda at the talks.

Following the failed coup, Turkey's relations with the EU have become strained, with Brussels sharply criticising the extent of the ensuing crackdown, and Ankara deploring Europe's failure to show solidarity.

The spokeswoman emphasised that there were no issues Ms May would steer away from, including human rights and freedom of the press.

"The Prime Minister's approach is quite clear - she thinks it's important, and in the UK's national interest - to engage with Turkey on a range of issues - from defence and security cooperation to capitalising on trade opportunities," she said.

She added: "I don't think there are any issues that the prime minister is afraid to bring up."

Ahead of Ms May's visit, Britain's Trade and Investment Minister Mark Price held a series of meetings with Turkish ministers in Ankara.

Bilateral trade between the two countries amounted to more than $16 billion (14.9 billion euros) in 2015, Turkish figures show, with Britain the second most important country for exports and 11th in terms of imports.

Three months after the Brexit vote, Foreign Minister Boris Johnson made a colourful visit to Turkey during which he said Britain was seeking a "jumbo free trade deal" with Ankara.

Noting that trade ties were already significant, Mr Johnson said he was the "proud" owner of a Turkish washing machine and acknowledged that Britain's iconic Jaffa Cake biscuits were owned by a Turkish confectionary giant.

He also ebulliently brushed off the embarrassment of penning the winning entry in an offensive poetry competition about Mr Erdogan which was published by The Spectator magazine earlier in the year.

Back in the UK, MPs have urged Ms May not to let her eagerness to promote trade overshadow human rights concerns over Turkey's post-coup crackdown.

"The Conservative Brexit government is so desperate for trade deals with anyone but the mature democracies of the European Union that even the most unsavoury rulers are to be subjected to the prime ministerial charm," opposition Liberal Democrat MP Sarah Olney wrote in the Guardian newspaper.

Writers' group PEN International called on Ms May to raise "serious concerns about the grave violations" being committed within the state of emergency imposed in Turkey after the coup.

Regarding the coup and its aftermath, Ms May's spokeswoman said: "We have already expressed our strong support for Turkey's democracy and institutions following the coup - but we have also been clear that we urge Turkey to ensure that their response is proportionate, justified and in line with international human rights obligations."