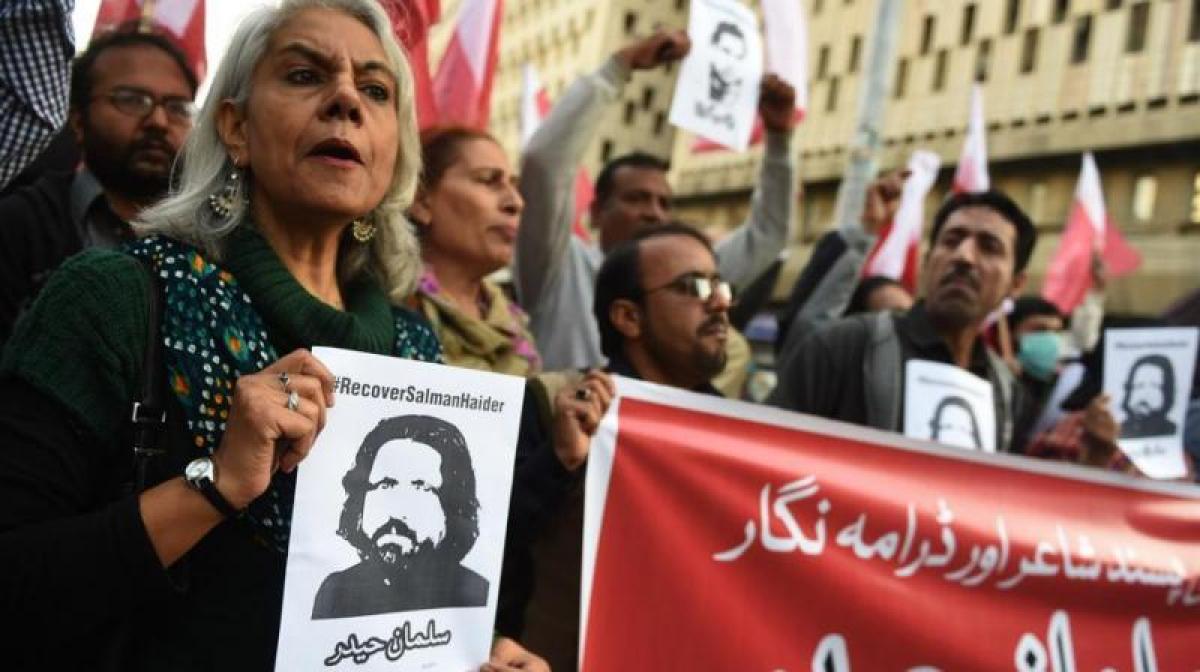 In Pakistan, conviction under the blasphemy laws can carry a death sentence.

Pakistani blogger Aasim Saeed who went missing earlier this month has been found but has quickly left the country fearing for his life, his family said on Sunday.

Saeed’s father said his son was detained by “state agencies” while visiting Pakistan from Singapore, though he did not name which one.Pakistan’s government and Federal Investigation Agency have denied holding any of five liberal activists who went missing this month.

The military and other state agencies have declined to officially comment. The army’s media wing did not reply to questions and phone calls on Sunday.

Saeed’s recovery comes a day after poet and activist Salman Haider, who disappeared from the capital Islamabad on Jan 6, was recovered, according to his family.

Five liberal activists, some of whom have posted blogs criticising the political influence of the military and speaking for the rights of religious minorities, had each gone missing separately since January 4.

Saeed, who is Singapore-based and works in the IT department of the German Merck Group, disappeared on January 4 while visiting the eastern city of Lahore.

“It was no one other than the state agencies who took him,” Aasim Saeed’s father, Ghulam Haider, told Reuters, referring to Pakistan’s intelligence agencies.

He said Saeed was picked up over a social media post intelligence agencies deemed “objectionable.”

“The only instruction Aasim got from the agencies was that he could not give any media interviews,” Haider added.

The military’s media wing did not return calls or text messages seeking comment.

Haider said Aasim returned to his house briefly on Saturday but then left quickly, and messaged the family on Sunday morning to inform them that he was safe and would call soon.

Haider said Saeed had either returned to Singapore or was in Germany.

It is not known how the five activists went missing, but some rights groups and newspapers have asked whether state or military agencies were in any way involved.

The Interior Ministry has repeatedly said it was doing all it could to recover the missing men.

Shortly after the activists’ disappearances, blasphemy allegations against them appeared on social media and in a complaint to police.

Friends, family and supporters of all five men deny they have blasphemed and have denounced the campaign to press that charge, which could endanger their lives were they to reappear.

In Pakistan, conviction under the blasphemy laws can carry a death sentence.