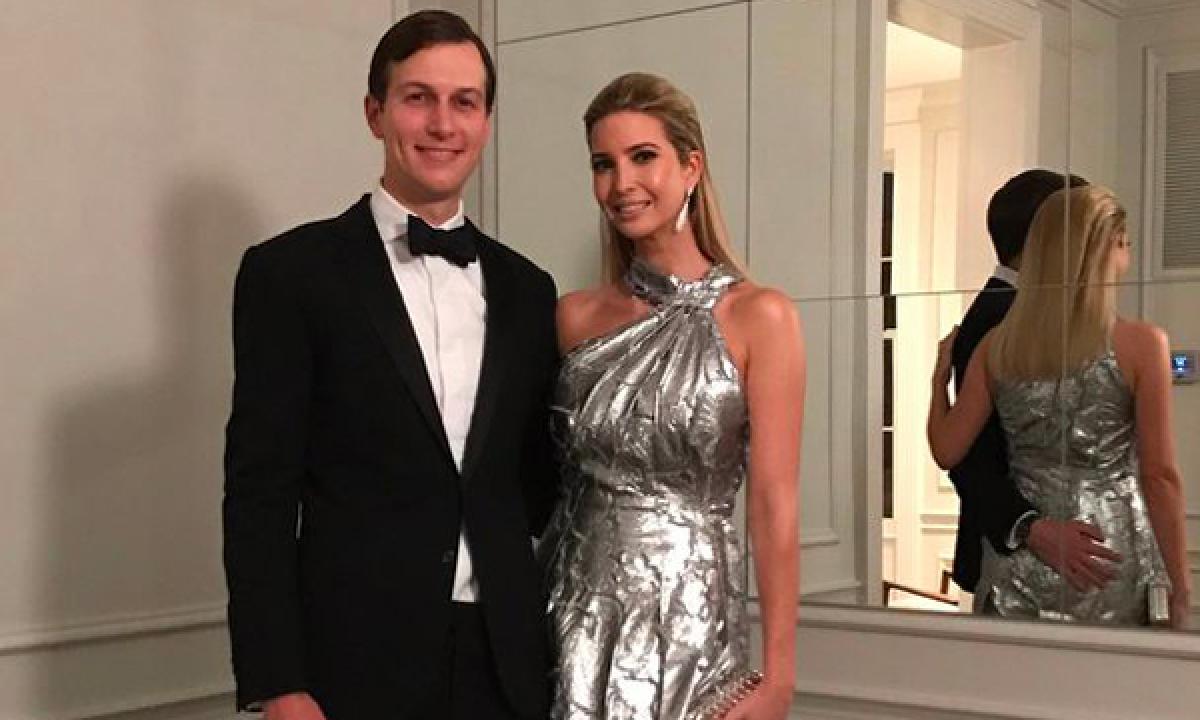 US First Daughter Ivanka Trump has been criticised online for being -'tone deaf-' after sharing a picture of herself in a USD 5000 designer gown while...

New York:US First Daughter Ivanka Trump has been criticised online for being "tone deaf" after sharing a picture of herself in a USD 5000 designer gown while protesters gathered across America against her father's controversial order to ban citizens from seven Muslim-majority countries.

She and her husband Jared Kushner were dressed to the nines, were she was pictured wearing a USD 5000 Carolina Herrera-designed metallic silver gown alongside before the pair attended a swanky dinner in Washington.

The couple spent Saturday night at the annual black-tie Alfalfa Club dinner, which is held so the Washington elite can celebrate a new administration.

Many on social media criticised Ivanka's "tone-deaf" post, calling the couple "out of touch" and reminding them of the humanitarian crisis within our borders that was in progress around the time Ivanka posted the captionless photo, The Sun reported.

President Donald Trump had signed an executive order on Friday that bans entry of citizens from seven Muslim-majority nations: Sudan, Libya, Somalia or Yemen from entering the United States for 90 days and ban on refugees, including women and children, from entering America which will last for 120 days.

The move, which also included legal permanent residents and visa-holders from those seven countries, sparked an outrage, although the American Civil Liberties Union (ACLU), won a temporary legal battle preventing detainees from being deported.

Thousands of protesters gathered in airports across the country, while Ivanka and Kushner dressed up to attend the black tie event.

Social media erupted in outrage over the image, which Ivanka shared on her Instagram and Twitter accounts without a caption.